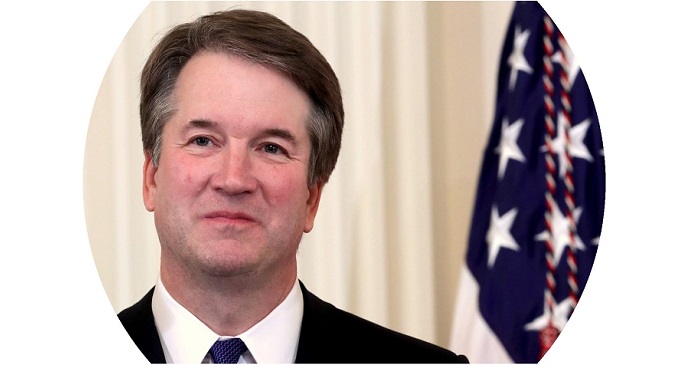 The White House Gift Shop has announced (6th October) that the latest addition to the Supreme Court, Brett Kavanaugh, will be added to a series of medals commissioned to highlight historic moments of the Trump administration. The eighth medal in the series will depict both the first and second nominees to the Supreme Court selected by President Trump, who will be pictured along with an image of the President. In an effort to emphasise the concept of equality in terms of blind justice, neither side of the coins will be designated as obverse or reverse. Each side will include images of both Supreme Court justices and the dates of their nomination and confirmation.

Justice Kavanaugh’s nomination by President Donald Trump on the 9th July to sit on the Supreme Court was announced following the news of the retirement of Justice Anthony Kennedy. After the U.S. Senate’s Judiciary Committee began the process of confirmation hearings on the 4th September, an accusation of improper behaviour was raised by a female classmate who alleged an incident in 1982 when she was age 15 and Justice Kavanaugh was 17. The Senate’s vote to confirm or reject the nomination was then delayed following additional testimony from both the accuser and the accused, resulted in a further investigation by the FBI and public protests in support of both Judge Kavanaugh and his accuser. This investigation later returned findings which could not substantiate the accusations of wrongdoing on the part of Judge Kavanaugh, and the vote to confirm him took place on the 6th October during a special Saturday sitting of the Senate. He was sworn in just hours later by both the outgoing Justice Kennedy and Supreme Court Associate Justice John Roberts in the presence of his wife and two daughters.

The medals were announced by the White House Gift Shop just hours after the oath was administered and added to the ongoing Historic Moments series, which includes:

Number 7 — Title: GENIUS MAKES ITS OWN RULES — with a monograph President Donald J. Trump: A Study in Genius


The Supreme Court nominations medals, of which no images are yet available, will be accompanied with a 50-page published monograph of the history of the Supreme Court and President Trump’s Constitutional legacy. An elegant three-dimensional model ornament with 24-karat gold finish of the United States Supreme Court is also included. Delivery is scheduled for the 15th November. For additional information about these medals and others offered by the White House Gift Shop, please visit their website.

A complete list of available medals offered by the White House Gift shop is available here.