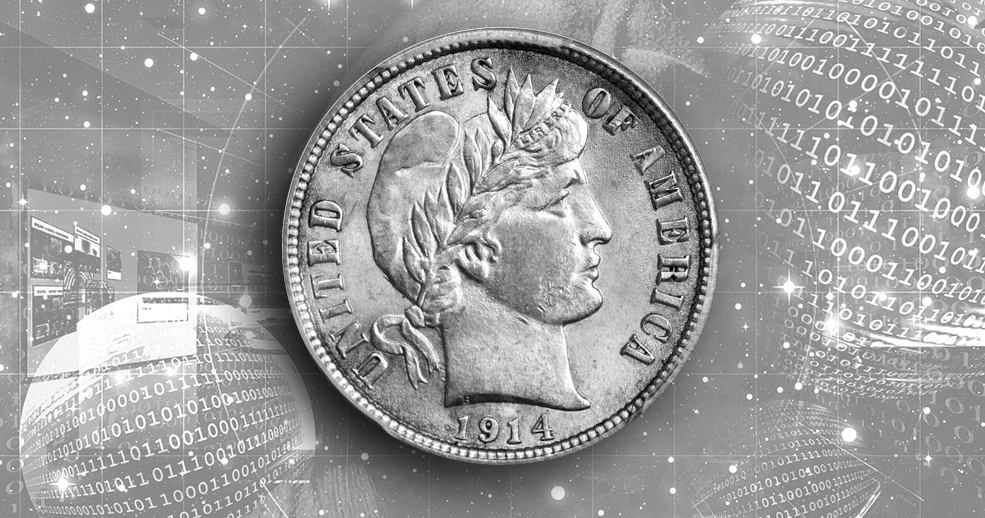 This piece is the third in a series on computerized grading by Kendall Bailey. The introduction to the series can be read here; part 1, here; and part 2, here.

So far, we have covered why an impartial and automated grading option would be beneficial and how the machine itself could possibly function.

Unfortunately, I do not foresee any of the current major grading companies working to develop this level of technology. It would be irresponsible of them to try. Building a computer that can identify, authenticate, and grade coins is going to be a cash-hungry black hole for a large company. The amount of funding it would take to get the computer fully functional, especially to accurately grade Mint State coins, where eye appeal is a factor, would put too large a strain on an existing company’s cash flow to make the endeavor worthwhile. In addition, the current companies have jobs to protect. No one likes to let people go. When computerized grading becomes fully functional it will mean a loss of jobs.

It is going to take a new breed of business to develop the technology. The best chance to see a computerized grading company come into existence, with a passable product, will be from a Silicon Valley–style startup.

I don’t know if any of you are familiar with Y Combinator. I wasn’t until a few months ago when I read a book called The Launch Pad: Inside Y Combinator, by Randall Stross. (Incidentally, this is also the book that set me on the course of writing about how technology could be used in numismatics.) In the book, Stross follows the stories of a handful of startups taking part in a Y Combinator batch (which comes with an initial investment and requires they be located in Silicon Valley). It’s a fascinating book that gives a behind-the-scenes look at startup life. The book appeals to all types, not just tech nerds (which I am not, by the way).

This is what it may look like if a startup developed a computerized grading system:

XYZ Grading Company is formed and the founders get to work teaching their computer to grade. Being a lean company, they can operate with just a little funding. The founders work tirelessly to create a simple version of the computerized grading system they plan to deploy in the future. The simple version is released as a smartphone app with which you take a photo of your coin and the program recognizes the type, year, and mint, and then displays a grade. The app works fine with circulated coins, where differences in grade are easy to discern, but becomes increasingly inaccurate with higher-grade coins, with which nuance plays more of a role. Also, the app cannot tell a Proof from a circulation strike.


Customer feedback rolls in, and the XYZ founders begin work on the 2.0 version of their product. This time the product is a website that utilizes cloud computing, making it unnecessary to download anything to use the service. This time the product does everything the app did, but can also tell a Proof from a circulation strike and has increased accuracy up to MS-65. Another round of feedback comes in, and XYZ continues to work.

This process continues, with incremental improvements, until XYZ Grading Company has a passable product. From here the company must decide how they want to operate—as a submission service in which they invest in top-notch hardware and take on the existing grading services, or continuing with the cloud approach, charging a subscription fee to use the service. They could always release a better app for those of us who just want to double-check a coin we are looking at in a shop or at a show.

Of course, these options are all hypothetical. There is a very good chance XYZ Grading Company would be purchased by one of the current grading companies, or perhaps a large coin company. Technology is most effective when it augments peoples’ pursuits. For instance, Google doesn’t tell us what we should search for on the Internet; it simply delivers the best results it can find to the queries we decide on. A computerized grading system, if acquired by another company, would be best used to get an initial opinion on all submissions or purchases. Give the human graders a place to start, which would speed up the process.   ❑