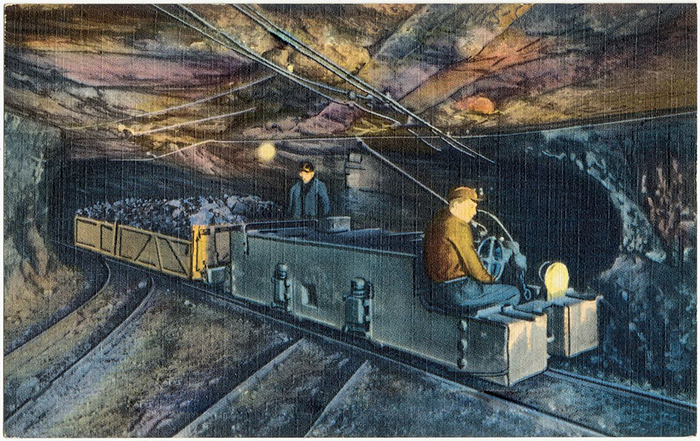 The following is a re-post of a December 8 piece on TheCoinBlog.net. Author Kendall Bailey kindly consented to our using it here, for followers of his “Computerized Grading“ series. It has been slightly edited to conform to Coin Update’s house style.

What Is Coin Mining?

Google “coin mining” and you’re going to see page after page of Bitcoin-mining websites. That is 100% not what I discuss in this article.

Real coin mining is when someone purchases a large number of a certain type of coin (Wheat pennies, Buffalo nickels, Mercury dimes, etc.) and proceeds to remove all of the better-than-average-value coins. I know this sounds like what many roll or bag searchers do, but there is the added element of speed.

Remember the article I wrote called “A Remarkable Machine”? [Reposted in Coin Update as “Computerized Coin Grading: Postscript on ‘The Machine’”] This is how that machine is currently used. It isn’t that different from actual mining, surface mining in particular. In surface mining (strip mining), layers of earth (vegetation, soil, bedrock, etc.) are peeled away to reach buried ore deposits. In coin mining, the average coins are peeled away to reveal the buried key and semi-key dates, mintmarks, EF and AU coins, etc.

The Element of Speed

The average collector sorting coins can process a single coin in two to three seconds. Tim Rathjen’s “Machine”—the one from the article referenced above—can accurately process three coins per second.

By the numbers, that is:

Please keep in mind the other advantages the machine brings to a coin company:

Do not be surprised to discover this type of equipment being deployed in large coin companies all over the world in coming years.

What This Means for Roll- and Bag-Searching Collectors

There were about 25.8 billion Wheat cents minted over the life of the series. At the rate of speed outlined above, it would take a sorting/grading machine around 272 years to go through them all, and that assumes the machine never breaks down or runs the same coins twice. The point I’m trying to make is that there would have to be multiple machines running for many years to dramatically reduce the likelihood of a collector making a good find in a bag or roll of coins. So, no worries right now.

Plus, there are always those folks who don’t know any better, end up with a large collection of Wheats, and sell in bulk to a coin or pawn shop. That shopkeeper doesn’t have time to sort them all by hand, so they are divided up and sold as unsearched bags or rolls.

What This Means for Those Looking to Fill Album/Folder Holes

With a machine extracting key and semi-key dates, we should slowly see an increase of these coins entering the market. The more examples in the market, theoretically, the lower the price, assuming demand stays roughly the same. So, it should become a little cheaper to fill those more-elusive slots in an album or folder. Again, this will take time.

It depends what the plans are for The Machine. It is technology that could be licensed, the software and the hardware. What if they create a smaller, easier-to-transport version of The Machine? Retail? Not likely—at least, not soon. We’re talking about some expensive equipment that only the largest coin companies would be able to afford right away.

Since the software is the toughest part to create but easy to install on future machines, I have to believe they could create multiple units and modify them in different ways with little difficulty.

Or, what if they went mobile? I wrote in part 3 of my computerized grading series about a theoretical company coming out with a grading app and what that might look like. Tim and his crew have certainly developed software that is leaning in that direction. Sure, the software that runs The Machine couldn’t be loaded onto a smartphone and expected to function. But if the right problems have already been solved, it could be here sooner than we think!   ❑