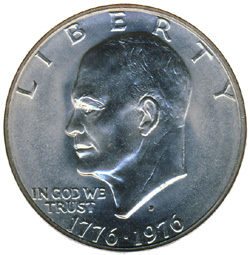 A bill which would require the Secretary of the Treasury to mint and issue coins recognizing the United States Army 5-Star Generals has been signed into law by the President. The program includes $5 gold coins, $1 silver coins, and half dollar clad coins to be released during 2013.

There are five U. S. Army 5-Star Generals who will be honored with the upcoming commemorative coin program: George Marshall, Douglas MacArthur, Dwight Eisenhower, Henry Arnold, and Omar Bradley. The authorizing legislation states that the design of the coins shall include portraits of all five of the 5-Star Generals. The designs would be selected by the Secretary of the Treasury following consultation with the Command and General Staff College Foundation, the Commission of Fine Arts, and review by the Citizens Coinage Advisory Committee.

Maximum authorized mintages are also established for not more than 100,000 of the $5 gold coins, 500,000 of the $1 silver coins, and 750,000 of the half dollar clad coins. Both proof and uncirculated versions of the coins would be available, with at least one U.S. Mint facility used to strike each version.

With the approval of the 5-Star Generals Coins, the schedule for commemorative coin programs has now been filled through 2013. Generally, only two programs may be approved for each year. A schedule of upcoming programs appears below.