The U.S.Mint announced on Dec. 6 that it would delay the launch of the widely and eagerly anticipated 5 ounce silver versions of the new America the Beautiful Quarters. One week later, no dealer has yet listed the coins for sale or released any specific information about its plans.

The AP’s are in “uproar” over the Mint’s new terms, according to a coin dealer web site called Coininfo.com (http://www.coininfo.com), and one unnamed dealer referred to the one set per household limit as “outrageous.”

The 11 Authorized Purchasers (AP’s) are assessing the Mint’s new terms of sale for the distribution of the coins. Those are, in essence, that they only sell them to the public, with a limit of one coin for each design per household, and that they can only charge a 10% premium over what they pay the Mint for the coins (which is spot plus $9.75). 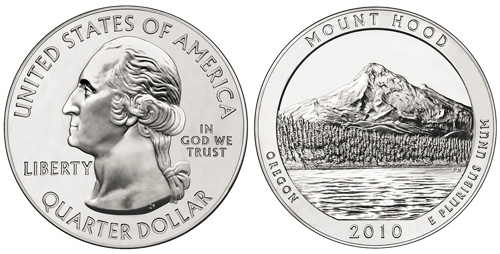 The AP’s are being deluged with calls asking about the new coins. Dillon Gage, A Mark Precious Metals, and Jack Hunt Coin Broker all said they will post information on their web sites when it becomes available. The Gold Center has said it may opt out of the program because it would not be feasible to comply with the Mint’s terms. MTB is also not sure whether or not it will participate. And Coins ‘n’ Things told me that they expected to have information by Thursday.

It appears that at least some of these dealers are already making plans to sell the coins to other dealers, rather than to the public, as the Mint asked them to do. That may be partly because those companies, with the exception of APMEX, American Precious Metals Exchange, deal almost exclusively with other dealers, not with the public.

APMEX, as the only AP with an established retail business, is expected to distribute many of the coins. On Dec. 10 they said they would release a statement on selling the new coins today. So far no statement has been released.

Since some of the other AP’s may not purchase their 3,000 coin allocation, APMEX is likely to distribute a significant number of the coins to the public, unless it too opts out of the program. The Mint, when it announced the program’s delay, said it would allow AP’s to purchase any leftover coins on Dec. 20.

APMEX, an Oklahoma-based bullion and coin company that became a U.S. Mint Authorized Purchaser this year, was the first company to offer a pre-order option for the new coins. It offered the 5-coin series for $1395 plus shipping. As the largest online bullion dealer in the country and a market maker, APMEX’s pricing decision played a key role in setting the initial market price for the coins.

APMEX sold 1,000 sets in 19 hours at $1395 each, with the average customer buying 2.6 sets. Many people who either could not afford those prices, or who felt they were unreasonable, launched an online assault on the reputation and integrity of APMEX.

As someone who has dealt with APMEX, I know how much they value their positive reputation in the marketplace. They have very high customer reviews. But the controversies surrounding the ATB program have strained ties to some of its customers.

Meanwhile, e-Bay sellers, who presumably made arrangements to purchase coins from AP’s and other dealers, are still selling the coins at very high premiums. The weekend following the Dec. 1 Mint statement on the launch of the program, e-Bay auctions for the coins were bring $300-400 per coin. By last week, they were bringing as much as $700 per coin.

Established coin dealers and other market makers such as John Maben’s Modern Coin Mart issued statements to clients last week advising them that the Mint was delaying the series and expressing their frustrations with the Mint’s handling of the program.

The Mint’s Dec. 6 memo reminded AP’s of their commitment to offer the coins at reasonable premiums and to distribute 33,000 coins in the widest manner possible. Many collectors and dealers have asked how it is possible to widely distribute such a small number of coins. The most common suggestion is that the Mint should have sold all coins directly to the public.

But under existing law, the Mint is not authorized to distribute bullion coins directly to the public. The Mint plans to release collector versions of the coins in the first quarter of next year and sell them directly to the public, but without congressional approval, it can not do that with the bullion versions.

However, some collectors have suggested that the Mint could make minor changes, such as adding Mint packaging to the coins, so that it could say the coins are not bullion. It is not clear whether that would be permissible under existing law.

Louis Golino will be a new contributor to CoinUpdate.com, where he will cover U.S. Coins. He is a long-time collector, numismatist, and numismatic writer. His articles have been published in Coin World, Numismatic News, and other publications. He has also written widely about international politics for newspapers and web sites.