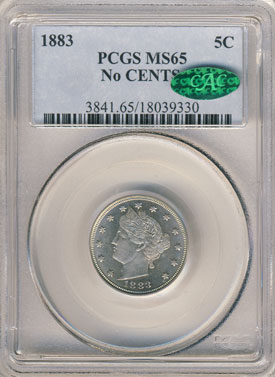 Many beginning and advanced collectors will seek to assemble so-called type sets of United States coinage, with a single coin representing each type the United States Mint has struck. There are many different ways to collect such a set, depending on whether or not an album is used (such as the popular Dansco 7070 album) as well as many other factors, not the least the cost of some of the rarer issues. In this article we’ll take a look at some of the possibilities of completing a type set without breaking the bank, while still having a completed feel to them once finished. Feel free to leave your own suggestions in the comments section for other collectors as well.

The Dansco 7070 album mentioned previously is a good start, as are similar albums made by other companies throughout the years. While the album (and others) is generally marketed as “U.S. Type Set” it is not a complete type set per se, as it leaves out the rarest issues, many of which are the earliest American coins as well as many smaller varieties that are generally classified as types by collectors. Excluding such rarities as the Chain Cent, Bust Dollar and other expensive coins thus prevents such an album from being called a “complete” type set, but a full album is always a joy to look at, and certainly has a “complete” feel to it. Albums such as these can generally be modified, by taking or inserting pages, such as the gold and commemorative coins which depending on preference and budget you might or might not want to include in your album.

Albums are a good start when selecting a type set to work on, but there are other options as well. Both the PCGS and NGC set registries on the internet have a plethora of options available. While the actual sets are limited to certified coins only, they do provide a good starting point, whether you collect certified coins or not. The PCGS registry is the most expansive, as it divides their type sets into several subcategories: “Complete Type Sets”, “Era Type Sets”, “Design Type Sets”, “Denomination Type Sets” and “Type Sets by Mint”. The complete type sets are mostly centered on the several basic metals that have been used for United States coinage (copper, silver and gold), while the era type sets are self-explanatory. The design type sets are interesting, and provide a good start if you would like to complete your type sets one design at the time. Many of these, such as the Barber design set or Capped Bust design set are relatively easy to complete and do not contain ultra-rarities, making them very suitable for beginners.

Personally I’m a big fan of the “Type Sets by Mint”, especially the Carson City Mint, which I still tend to relate with the American Wild West. Such a type set will be different from Mint to Mint, obviously, but often spans many different designs and several eras. It gives the collector the opportunity to study a Mint and its history quite extensively, and to become familiar with all the little facts that are to be learned about the Mint and its coinage. A collector of New Orleans coinage, for example, will soon learn that Mint personnel set the dies quite far apart when striking the coins, resulting in many weak strikes. A New Orleans type collection with fully struck coins, in fact, is quite a feat that is more difficult than perhaps might be expected. 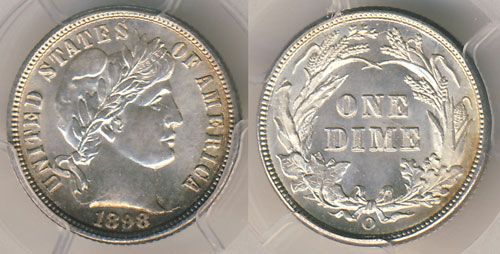 Many collectors move on to sets focusing on series after awhile, often as a result of becoming intrigued with a particular design when it was purchased for a type set. I would consider this a natural progression that many collectors experience, but as you can see there are so many possibilities for type sets that you could work on a type set for years and still having a hard time completing it. One of the reasons I like type sets personally is that it gives collectors the opportunity to study many different types and designs quite closely, and to become familiar the characteristics of each. Why are Liberty Nickels often found weakly struck? Why are early Buffalo Nickels generally very appealing? Why do early Lincoln Cents have so much more beard detail than the later ones? These are all questions that can be asked, studied and answered when working on a type set.

The list of possibilities goes on and one when it comes to type sets. Combinations are also possible, for example one could decide to only include Proofs, or only first year of issue coins, or even just key-dates. No matter which way you choose to go, or whether it’s the first or the sixth set you’ve worked on, type sets provide plenty of collecting and studying opportunity to keep you busy for quite awhile. Of final note I’d like to add that the “published” type sets often leave out smaller varieties which perhaps still should be classified as different types, leaving it up to you whether or not you make such a distinction in your own collection. A good example is the 1921 Morgan Dollar, a design which is markedly different from the Morgan Dollars struck between 1878 and 1904, and which technically could qualify as a separate type. Most collectors only include a single Morgan Dollar in their type set, but perhaps you will include more than one.