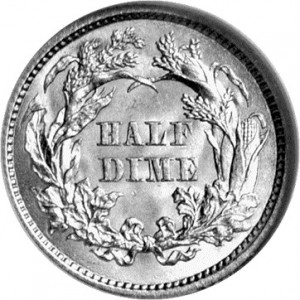 Of the various denominations of silver coins, half dimes are among the smallest series in terms of different dates; they are also the most varied. Over the years, several numismatists have fallen in love with these coins, beginning with Harold P. Newlin, who in 1883 wrote a monograph on the series, complete with a good deal of sentiment—especially toward the rare 1802, obviously his pet silver coin of all time.

The first coinage of this denomination was the 1792 half disme, a “story coin” if there ever was one (this was another Newlin favorite in his 1883 text), followed by the 1794 to 1795 Flowing Hair half dimes, the production of which began in 1795 (including those from the 1794-dated dies). In 1796 and 1797 the Draped Bust obverse, Small Eagle reverse half dimes were minted, followed by a gap, then the employment of the new Heraldic Eagle reverse in 1800. This style continued until 1805, after which there was a gap until 1829, from which point Capped Bust half dimes were made through 1837. The Liberty Seated half dimes in various types were coined through 1873, after which the denomination was discontinued.

Design Types of Half Dimes

Today, most numismatists collect half dimes by type, which is easy enough to do, although certain early issues range from scarce to impossible in higher grades. Circulated examples are available for nearly all dates in the half dime series, although the earlier issues are scarce. Later varieties from 1829 onward form a pleasing collecting experience. Of course, in any given instance a Mint State coin is preferable to one showing wear, but few can afford to assemble a full collection at this level.

Liberty Seated half dimes are interesting to collect by date and mint sequence, together with scattered varieties as listed in the Red Book and elsewhere. With the exception of the 1870-S, which is unique, all are readily collectible, although some are rare. Specialists in half dimes of this design often enjoy belonging to the Liberty Seated Collectors Club (LSCC), which publishes an informative magazine, the Gobrecht Journal. Emphasis is on interesting die varieties, historical aspects, and the like.

1. In mid-July 1792, at a private shop not far from where the Mint would be built, 1,500 silver half dismes were struck. The engraver was a Mr. Birch, who also made dies for certain 1792 patterns. For many years numismatists called this the Martha Washington half disme, but the depiction does not resemble any contemporary portrait of her. 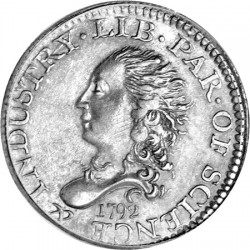 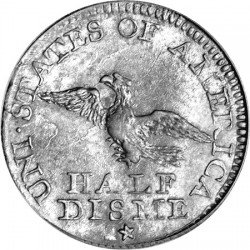 2. The 1800 half dime, the first and most plentiful issue of the 1800 to 1805 type, is occasionally found in Mint State. In all grades it is likely to be much better struck than those of later dates. 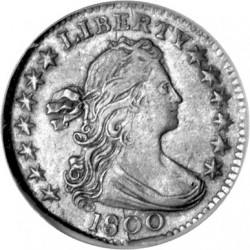 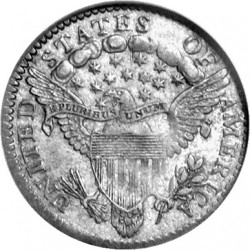 3. A lustrous gem Mint State half dime of 1835, the Capped Bust style used from 1829 continuously through 1837. By 1829, this motif, by John Reich, had been used on the dime, quarter dollar, and half dollar for many years. 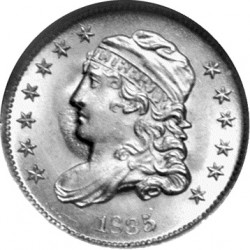 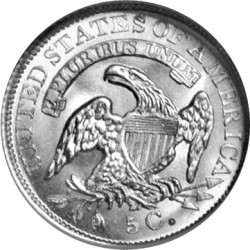 4. The final type in the half dime series, with UNITED STATES OF AMERICA on the obverse and a “cereal” wreath on the reverse, was made from 1860 to 1873. 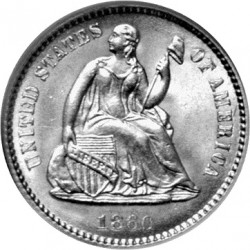 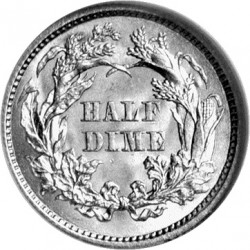 Key to Collecting Half Dimes

Text and images excerpted from The Expert’s Guide to Collecting and Investing in Rare Coins by Q. David Bowers.