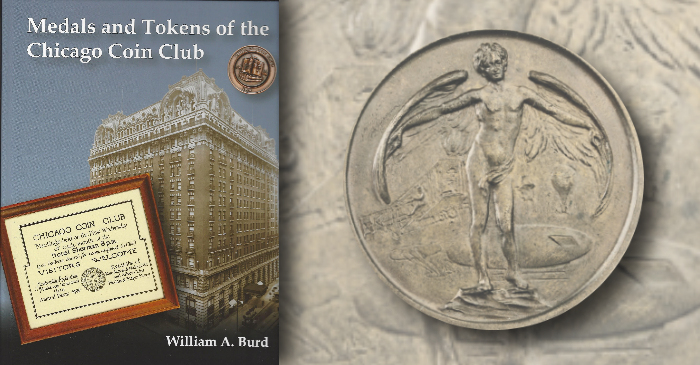 One of my greatest numismatic regrets is that I lived in the city of Rochester, New York, for nearly twelve years, and in all that time I never joined the venerable and storied Rochester Numismatic Association.

I’ve been a coin collector since I was about seven years old. The coin bug bit me hard, and I was hooked through middle school and high school. In college, I kept up with the hobby, to a lesser degree but still actively. At the University of Rochester, I subscribed to Coin World and Numismatic News, bought a little, sold a little, read a lot. But I was fairly solitary in my hobby world, mostly collecting through mail order and learning from books and periodicals, rather than attending many coin shows and joining a local club. 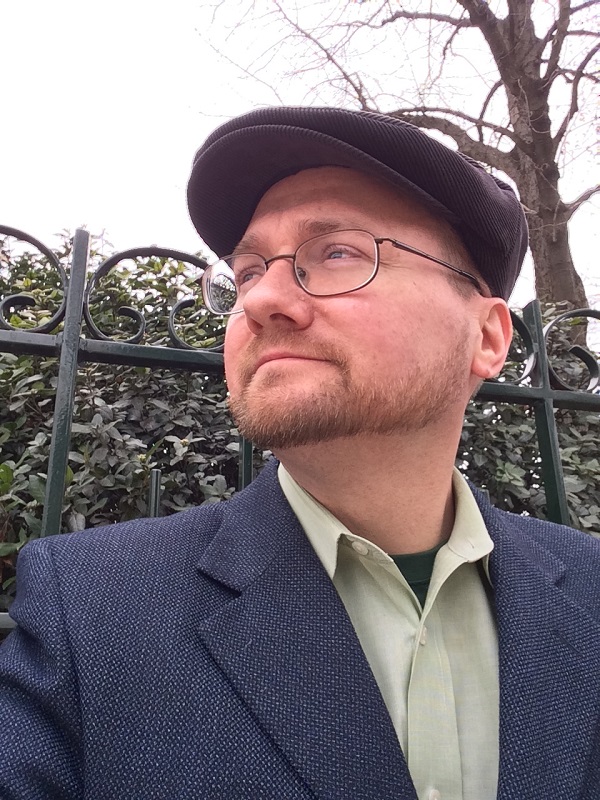 Two benefits of every coin club are like-minded camaraderie and a venue to learn directly from longtime collectors. I lost out on that, and my loss was compounded: the Rochester Numismatic Association isn’t just any coin club. It’s one of the oldest in the United States; it has a rich history, counting famous collectors such as John Jay Pittman among its members; it has a decades-long program of issuing original medals. At the same time, there was a lot I could have offered the club as a writer and artist, but most of my creative energy (outside of classes) I poured into the campus humor magazine, student newspaper, and literary journals.

I don’t regret the path I ended up taking as a numismatist, but I do look back and wonder what might have been if I’d been more active in my local club.

When medal collector Timothy J. Corio published his book Rochester Numismatic Association Medals: A Pocket Guide in 2010, I bought a copy as a way of communing with my old city and making up for some of the lost time. (Every RNA president since 1913, including Pittman, has been honored by the club with a portrait medal, and they make an impressive collection. Corio describes them with text and nicely done photography.)

A few years later I was able to add another club-medals book to my library, this one hailing from the Windy City.

Medals and Tokens of the Chicago Coin Club was published in 2018, as the club was nearing its 2019 centennial. In the introduction, Burd relates how he started his own collection of CCC commemoratives in 1994, with that year’s 75th-anniversary medal. “While building this collection, I had difficulty finding background information regarding the various issues,” he recalls. “I began to assemble a simple catalog, adding information as I found it. I realized other collectors might benefit from my efforts and decided to put the material into book form.” 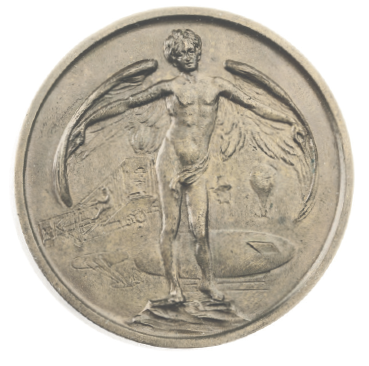 Burd’s “simple catalog” grew into an impressive 108-page hardcover book, wonderfully illustrated and brimming with history—an “invaluable study,” as Carl Wolf says in the foreword, “the most significant work on the subject, a rich source of numismatic history.” 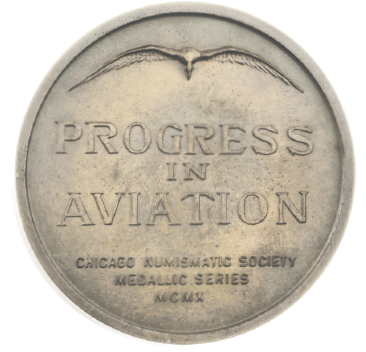 The author begins pre-1919, setting the context with items from the CCC’s predecessor clubs—the Chicago Numismatic Society and Branch No. 1 of the American Numismatic Association. These early medals of 1907 to 1914 include some delightful and historic pieces, and some real rarities, with connections to millionaire collector Virgil Brand, the USS Nashville, early American aviation, the Art Institute of Chicago, and President William Howard Taft.

The Chicago Coin Club started in 1919, as a reorganization of ANA Branch No. 1. Its token and medal production started that year with an aluminum “one mill” or “one disme” that was handed out to members. That was followed by a 100th-meeting medal in 1927, a counterstamped Columbian Exposition silver half dollar in 1933, a 25th-anniversary medal in 1944, and various counterstamped Mexican pesos and other coins, meeting and anniversary medals, festival commemoratives, elongated coins, plaquettes, invitations, ceramic medallions, ornaments, encased postage, committee tokens, good-fors, and other collectibles issued from the early years to date.

Burd’s approach to presenting these pieces, as he acknowledges in the introduction, is more that of a storyteller than a technical writer. Yes, he gives mintages, compositions, sizes, and issue prices, but he presents this data in narrative form—an approach that coin collectors who relish the history behind their treasures will find very engaging.

The photographs of the medals and tokens (by professional photographer Steve Wagner) are accompanied by images of related tickets, badges, steel dies, boxes, books, buttons, and other ephemera. This auxiliary art provides another layer of historical context.

In a separate chapter, Burd describes American Numismatic Association conventions held in Chicago from 1891 to the present day. This chapter is also illustrated with booklets, autographed show programs, medals, convention ribbons and badges, wooden nickels, and other treasures.

Another chapter describes the Central States Numismatic Society conventions held in Chicago from 1939 to date. These assemblies developed their own history of medals, badges, and other collectibles. Many of the medals feature portraits of one of Illinois’ most famous citizens, Abraham Lincoln, making them desirable among collectors of Lincolniana. (They’re discussed in chapters 3 and 4 of Fred L. Reed’s award-winning book Abraham Lincoln: The Image of His Greatness and in its sequel, Abraham Lincoln: Beyond the American Icon.)

An Abundance of Appendices

Burd expands his coverage of the Chicago Coin Club’s medals with several appendices. One describes the club’s award-medals program (1955 to date, including medals for merit, past presidency, literary accomplishment, exhibiting, and speaking).

These appendices, like the rest of the book, are richly illustrated. They offer medallic art by Ulric H. Ellerhuson and other designers, and images of stamped leather, clamshell money, replica Yap stones, and other curiosities. Robert D. Leonard Jr., author of Curious Currency: The History of Money From the Stone Age to the Internet Age (among other studies of “primitive” money), is a longtime member of the Chicago Coin Club, and his influence is seen in the club’s more than 20 souvenir cards accompanied by either replicas or authentic pieces of “odd and curious” money (bark cloth, African trade beads, kisi kilindi money, Civil War postage stamps, actual gold dust, cowrie shells, etc.). Appendix B catalogs these, plus obsolete-currency sheets, various scrip issues, and other club souvenirs. Other appendices describe and catalog club bulletins and periodicals, and medals and tokens produced by a spin-off organization, the Chicago Numismatic Roundtable, in the 1930s and beyond.

Any of these subjects could fill a book of their own, and it’s wonderful to see them here, even if they’re just summarized in appendix format.

Building or Expanding a Collection

For hobbyists, William Burd’s book is a valuable roadmap to collecting Chicago’s medals and tokens. It always helps to have an active collector lay the groundwork for you in a standard reference, especially in the field of privately minted commemoratives. Record-keeping is one thing on the federal level: the United States Mint keeps track of things with archivists, historians, an organized infrastructure, and institutional memory maintained by standard documentation and the full depth and breadth of government resources. A coin club has far fewer resources—club activities aren’t always well-documented, records can be lost or destroyed over time, memories fade, and club members pass away. Documentation in books like Medals and Tokens of the Chicago Coin Club helps strengthen the hobby’s collective memory. That’s important whether you live in Chicago or not, whether you belong to this particular club or not. 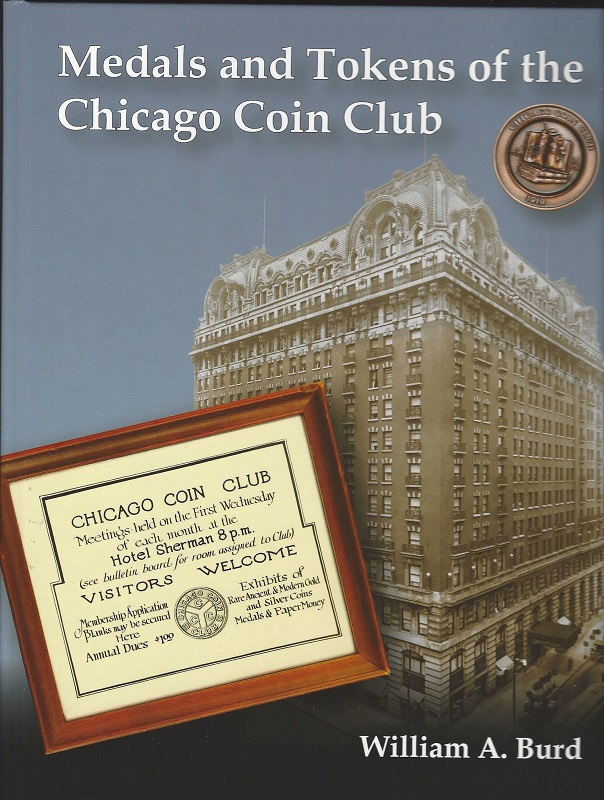 Excitement Over Medals, and More Celebrations

Another significant aspect of William Burd’s Medals and Tokens of the Chicago Coin Club is the sense of inspiration it evokes. Reading this book should excite today’s coin-club leaders. It’s an impetus to create new medal programs that stand the test of time. What could be better than medals and tokens to commemorate a coin club, honor its officers, recognize its members, and celebrate its milestones? There are many active and experienced medallic artists working in the United States today, available for contract work, who can immortalize your club with beautifully sculptured mementos. Medals are material culture. They ensure that a coin club will be remembered, through numismatic study and collection, well into the future.

“What stood out the most for me in preparing this book was the enthusiasm and energy over the years of club members in their efforts to produce the best medal, the best token, and the best convention,” Burd writes. “This enthusiasm began with the Chicago Numismatic Society over a hundred years ago and continues today.”

Thousands of hobbyists will celebrate the Chicago Coin Club at the American Numismatic Association World’s Fair of Money in August this year. The convention is being held in Rosemont, just outside Chicago, and the club will have an exhibit of its medals and tokens on display based on William Burd’s research. Soak it all in, and start or expand your own collection! And if you collect rare numismatic literature, be sure to add to your library a copy of the Chicago Coin Club special edition of the 73rd-edition Red Book, from a small limited print run of 250 copies.