The 35th COINEX London international show got off to a very energetic start on Friday the 27th September with the early bird tickets being snapped up in order to take advantage of pre-show deals and viewings. 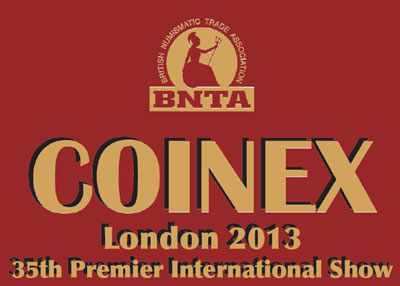 Much of the substantive activity was observed to have been dealer-to-dealer with many participants reporting a higher level of activity than last year and the first day of the show being much busier than the second day. Organized by the British Numismatic Association, COINEX’s two day event gives members and international dealers invited by the BNTA the opportunity to have their stock on display for sale. With over 60 Dealers taking part in this year’s show, the foreign dealers arriving from the U.S., Italy, Monaco, France, Greece and Germany which were among some of the countries represented along with auctioneers Baldwins, St. James and Kunker.

Both collectors and investors took the opportunity to buy from respected dealers and enjoy time spent in the heart of London. Held once again at the Ballroom annex of the Millennium Hotel in Grosvenor Square, just a few feet away from the American Embassy, the two day event saw an increased number of attendants from last year’s show. 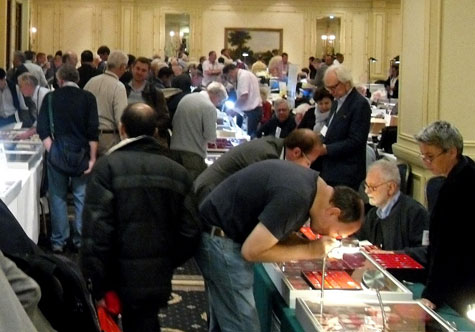 Represented at the show were numismatic items from ancient, hammered, tokens & medals, including a selection of banknotes right up to the most recent issues from world mints. Of course, a hub of activity was noted regarding bullion related items. Many items from one gram ingots to kilo gold coins were all being bought up as many buyers were looking more to the gold & silver market to invest their money, preferring the return of metals as well as rare coins rather than the more traditional investments. 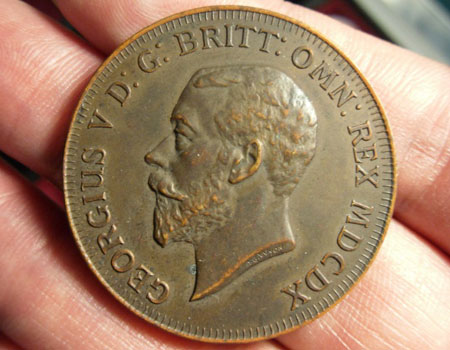 From the inexpensive to one-of-a-kind items priced at six figures and then some, this year’s show had just about something to interest every collector. Next year’s international show, COINEX’s 36th is scheduled to take place from the 26th to the 27th September 2014 in The Ballroom, Millennium Hotel, London. Early-Bird tickets at the door are £50 – thereafter, £5 per person. Remember, admission is free of charge on the Saturday after 10 am.

For more information about COINEX as well as the British Numismatic Trade Association, please visit their website at: http://www.bnta.net/index.cfm?do=coinex&id=2&Title=Coinex