The 34th COINEX show, the UK’s most anticipated numismatic event, was held this last weekend in London. Sponsored by the British Numismatic Trade Association and staged once again at the Millennium Hotel in Grosvenor Square, the popular event was hailed a huge success from the standpoint of both dealer and collector.

Many dealers, from far afield as the US, Canada, China, the Netherlands, and also Monaco made up the participants, nearly 68 prime BNTA member dealers as well as the UK’s premier  numismatic publication was represented. 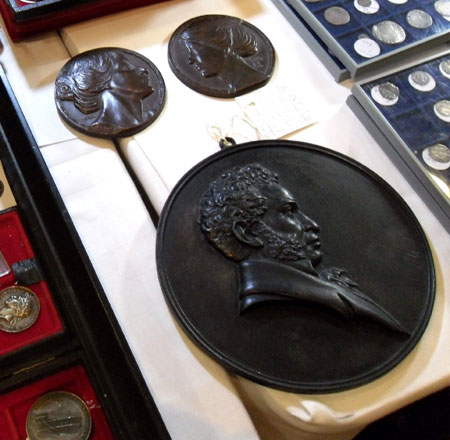 Some west-coast American dealers, who had previously cited the Long Beach show as clashing with the dates and an obstacle for attending previous COINEX shows were represented in greater number this year – and expressed their delight in both the shows attendance and the business carried out. The exchange rate between the dollar and sterling didn’t seem to deter deals or sales as many US and Canadian dealers mentioned that they were happily going back with “far less stock than they had arrived with.” 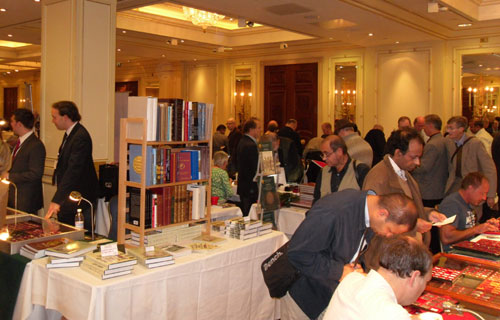 From antique to hammered and medals to modern, everything was represented with a very strong showing for bullion and investment grade certified coins of all eras and metals. A series of auctions were also being held during the two day show which commenced on Friday the 28th September to the Saturday. Both days were reported to have higher numbers going through the turnstiles than last year’s show.

Once again, an increased demand was observed as far as high-grade and investment quality items. The need to have more high-ticket items in the display cases and on hand to meet the demand was often mentioned when speaking to some of the more established dealers. 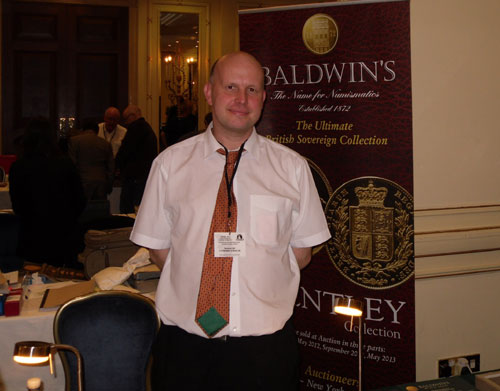 The momentum hasn’t ended with Saturday’s close of business, there are substantial auctions occurring in London. Baldwins will conduct the St. James auctions, with  mix of British and foreign coins, medals and banknotes which both UK & US dealers will take advantage of and a series of Auctions is being held by Timeline of Upminster with venues in Bloomnsbury. Dix Noonan & Webb are holding auctions on the 1st and 3rd October, also in London and lots including world coins & British tokens.

Next year’s date is already scheduled for the 27th & 28th September 2013, for more information on the British Numismatic Trade Association or attending next year’s event as a dealer or collector, please visit their website at: http://bnta.net/coinex-2013