What makes certain US Mint products and coins skyrocket in value?

I have watched United States Mint products for a number of years. In general, US Mint products are available for sale to the public at a specified price for a specified time period or until a certain number have been sold. After the coins are no longer available for sale at the US Mint, some of the products go down in value, some languish near their offering prices, and other rapidly increase in value.

Whether or not price appreciation is one of your primary concerns when evaluating US Mint products, it has become an interesting phenomenon to witness. I wanted to write this post to organize my own observations about what factors play a role in determining whether a US Mint product will increase in value. In general, I think there are three primary factors: demand, mintage, and the impact of hoarding/ speculation. 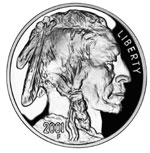 Collector demand plays a major role in the sustained price appreciation for certain US Mint coins or products. The impact of demand is most visible when the US Mint releases a product for a widely popular theme, or when a limited mintage product for an existing popular series is issued. High demand will cause a product to increase in value, often despite a higher mintage.

An example of a high demand product is the 2001 American Buffalo Silver Dollar.  This commemorative coin recreated James Earle Fraser’s design for Buffalo Nickel, a long time collector favorite. The authorized mintage of 500,000 coins sold out in approximately three weeks. The coins were offered for $33 and $37 and now sell for over $200 each. Despite the high mintage, prices remain high because of the continued robust demand the coin.

The mintage is a representation of the ultimate supply of coins on the market. A low supply of available coins will cause prices to rise in the face of sufficient demand. There have even been some instances when a low mintage creates a new wave of demand once the mintage is publicized.

An example of this is the 1997-W Uncirculated Jackie Robinson $5 Gold Commemorative Coin. This coin had a mintage of only 5,174. At the time, this represented the lowest mintage for a modern United States coin by far. Ironically, a coin which had been overlooked and under appreciated while available from the US Mint at issue price, became a desirable rarity once the sales period had ended and the low mintage became known.

The low “mintage/surprise rarity” factor seems to be having less of an impact in recent years. Mintages around 5,000 have become more frequent, perhaps taking away some of the allure. Mintages in this range occurred for most collectible Platinum Eagles and several First Spouse Gold Coins issued during the past few years. 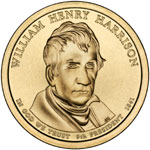 The profit potential for dealing in US Mint products has created a number of collectors who will take an interest in certain products or coins for the purpose of reselling them after the US Mint sales period. This creates a problem since if a large enough number of coins are purchased with the intention of immediate resale, the deluge of available products for sale on the secondary market puts a damper on prices. Sometimes this effect is temporary, and sometimes it seemingly becomes permanent.

This tends to have the biggest impact after a surprise success brings greater attention to a certain class of products. Earlier this year, the US Mint’s first design releases for the Presidential Dollar rolls and 2009 Quarter Two Roll Sets sold out unexpectedly and secondary market prices increased. More people ordered the subsequent design releases with the intention of reselling them. Despite similar mintages, the first designs for the William Henry Harrison Dollar and District of Columbia Quarter sell for higher prices than the later designs since fewer are available for sale.

Combining Factors and the “Perfect Storm”

The performance of US Mint products usually comes down to a combination of the three factors. One or more factors may hold dominance, with the remaining factors serving as offsets or lesser contributors. Sometimes a “perfect storm” occurs when all three factors align to contribute to higher prices. To finish this post, I will examine two recent US mint products where circumstances aligned to create big winners.

Last year, the US Mint offered a full range of fractional proof and uncirculated Gold Buffalo Coins. Viewed as one of the classic American coin designs, popularity was expected, but a constant drag on sales was the high premiums attached to the coins. They had gone on sale when the price of gold was high and pricing was not adjusted downward after the price of gold fell.

Late in the year prices were finally adjusted around the time the US Mint announced the discontinuation of the fractional Gold Buffalo products. At this point sales finally took off, but there were very few left in the US Mint’s inventory and quick sellouts ensued. Each version of the coin had a mintage of less than 20,000.While there were likely some coins purchased for resale, the overall low mintages and short availability at the adjusted prices kept the impact to a minimum.

Result: high demand coin, low mintage, relatively little hoarding. The 4 coin sets were available for $2,005.45 and $1,902.45 after the pricing adjustment. The sets now sell for over $4,000 each. The performance of some individual coins is even more impressive. 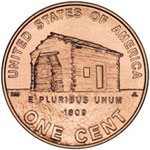 Recently, the US Mint offered 2009 “Birthplace” Lincoln Cent Two Roll Sets. The US Mint offered this product one month after the official release date for the design. Although 2009 Lincoln Cents were already proving to be extremely popular, the prospects for the set were uncertain. No production limit had been announced and the coins were priced at an excessive premium to face value. The uncertainty may have kept some of the speculative activity at bay, meaning most sets were ordered by people who intended to keep them rather than resell them. Eventually, the product offering sold out in two weeks after 96,000 sets were sold.

Result: high demand set, relatively low supply, relatively little hoarding. The sets were offered for $8.95 and currently sell for about $100.