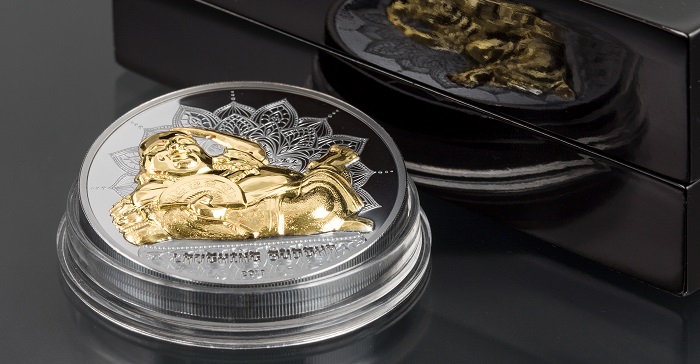 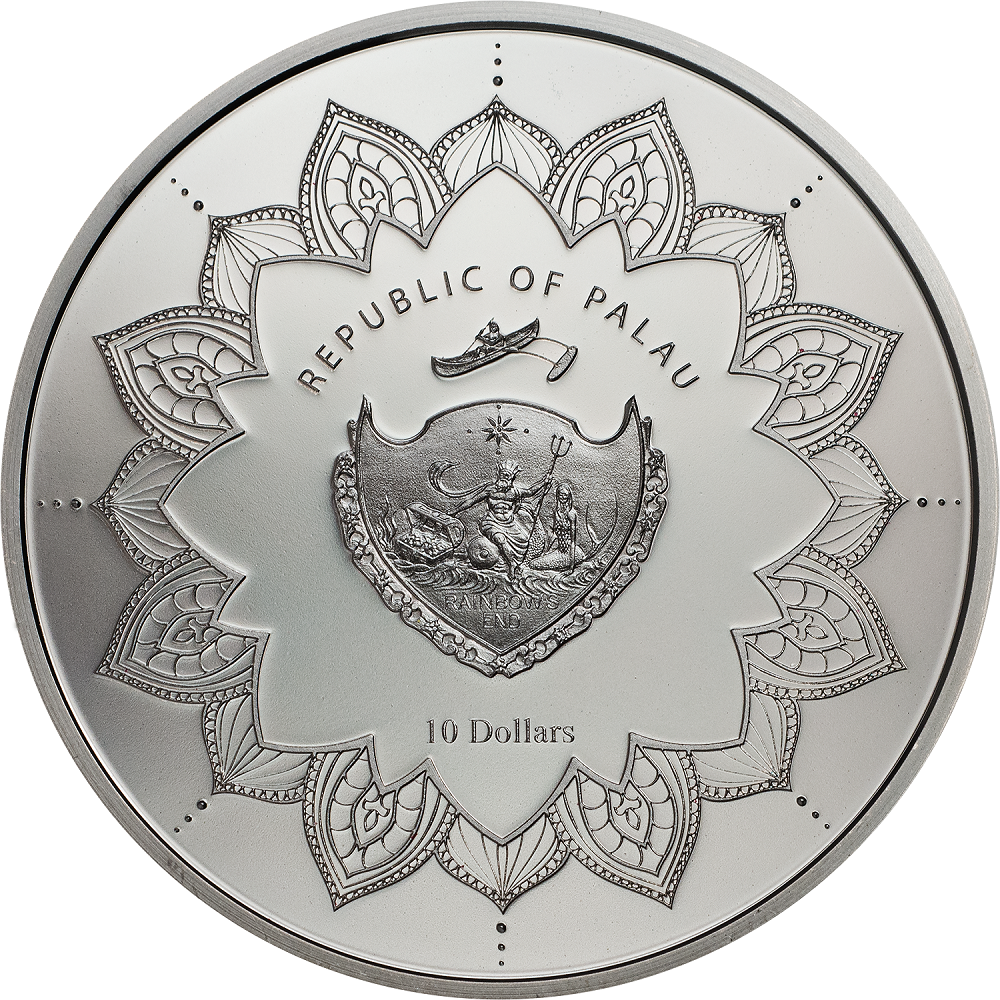 The obverse shows the coat of arms of the Republic of Palau. Around it is the inscription REPUBLIC OF PALAU and denomination 10 Dollars, which in turn is surrounded by a pattern that takes up the ornamental decoration of the reverse. 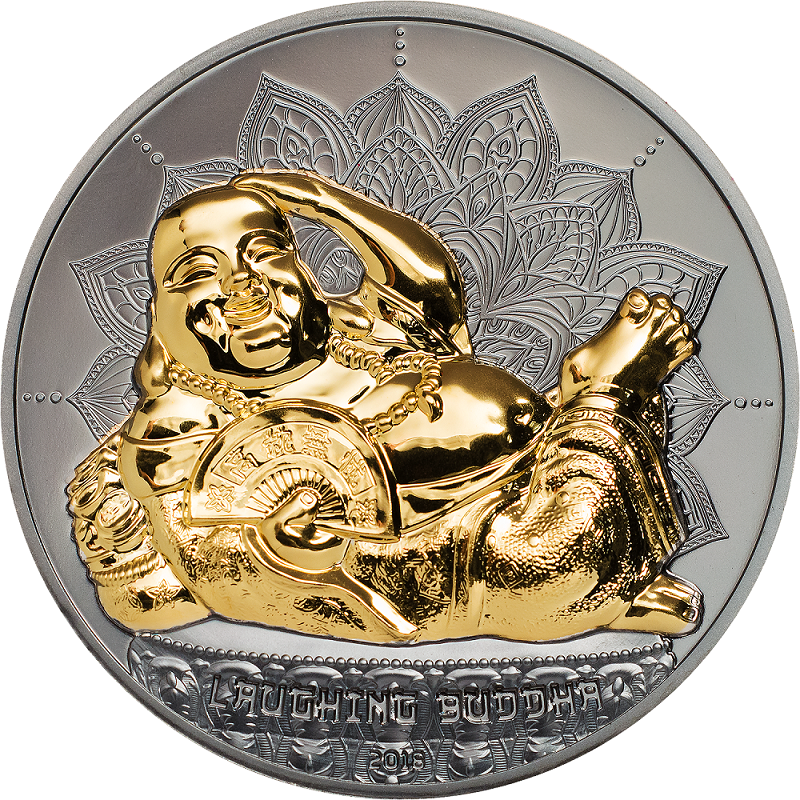 The reverse shows a reclined laughing Buddha, facing right. His back is supported by an alms-bag which is spilling coins. In his left hand, he is holding a fan. He is reclining on a stylised lotus flower, whose front features the incused lettering LAUGHING BUDDHA and the year 2018. The background depicts an intricate mandala pattern.

The new version of the Laughing Buddha, which Coin Invest Trust (CIT) presents after the great success of the preceding 2017 edition, unites a wealth of innovative minting technologies to turn a beloved motif into a small numismatic artwork.

Let’s begin with the complex combination of high relief minting with smartminting and the precise gilding of the laughing Buddha motif, minted in spectacularly high relief. The stylized lotus flower and the background of the coin are kept in black Proof to emphasize the colour contrast. The fine relief of the background, which serves as a counterpoint to the high relief, presents a technical challenge, which has been mastered on this coin.


The complex technology-mix was one of the major factors that contributed to the popularity of the 2017 Laughing Buddha. But evidently the motif itself is also attractive: The monk, named “Budai” after his alms-bag, is known as the “Laughing Buddha” in Chinese folklore, and is an important figure in Zen-Buddhism. In his bag, he brings abundance, wealth, and joy. At the same time, his happy nature symbolizes that even the poor man can feel carefree and content.

If you want to get a closer look at this coin, watch this film:

To learn more about this coin, please visit the website of Coin Invest Trust.