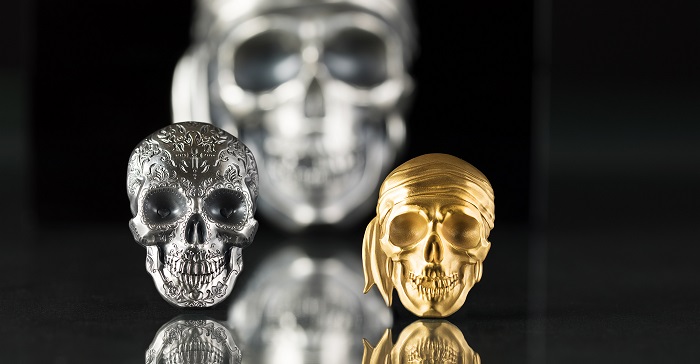 The coins of the Pirate Skull “Blackbeard Edition” and “Big Pirate Skull” are shaped like a skull and have a bandana wrapped around their head in true pirate fashion. 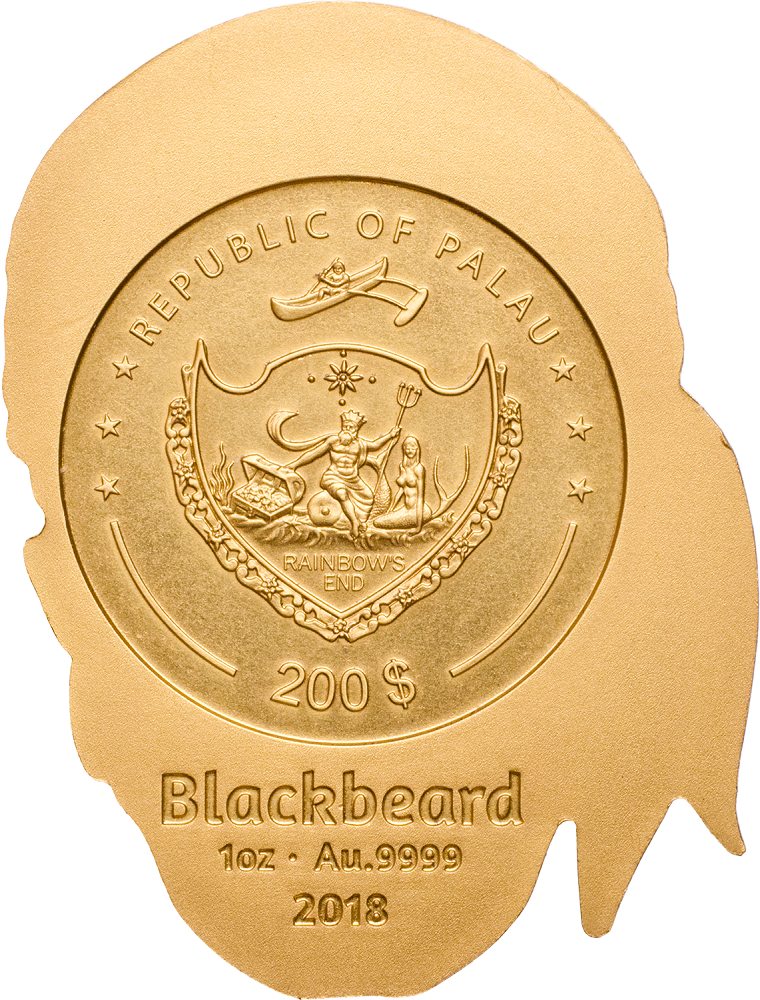 The obverse of the “Blackbeard Edition” depicts the coat of arms of Palau, including the inscription REPUBLIC OF PALAU, below the face value 200 $. Below Blackbeard, 1 oz – Au .9999, and 2018 are imprinted. 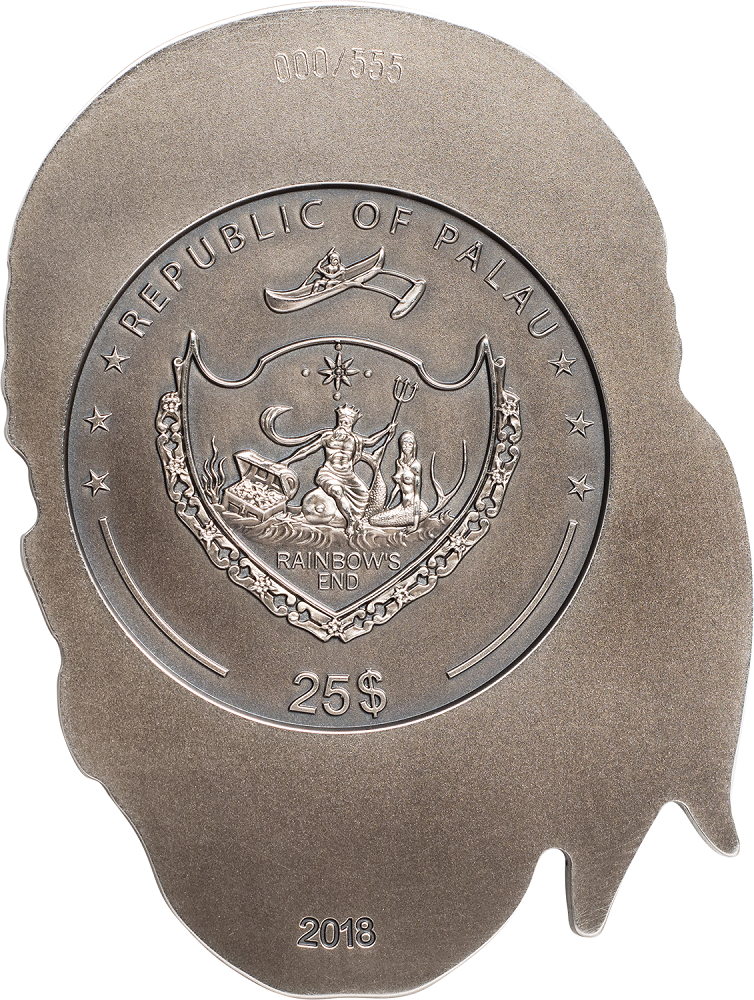 The motif of the silver version is identical. Above, the coat of arms and the serial number of the mintage 555 are punchmarked, and below is the year of issue 2018. 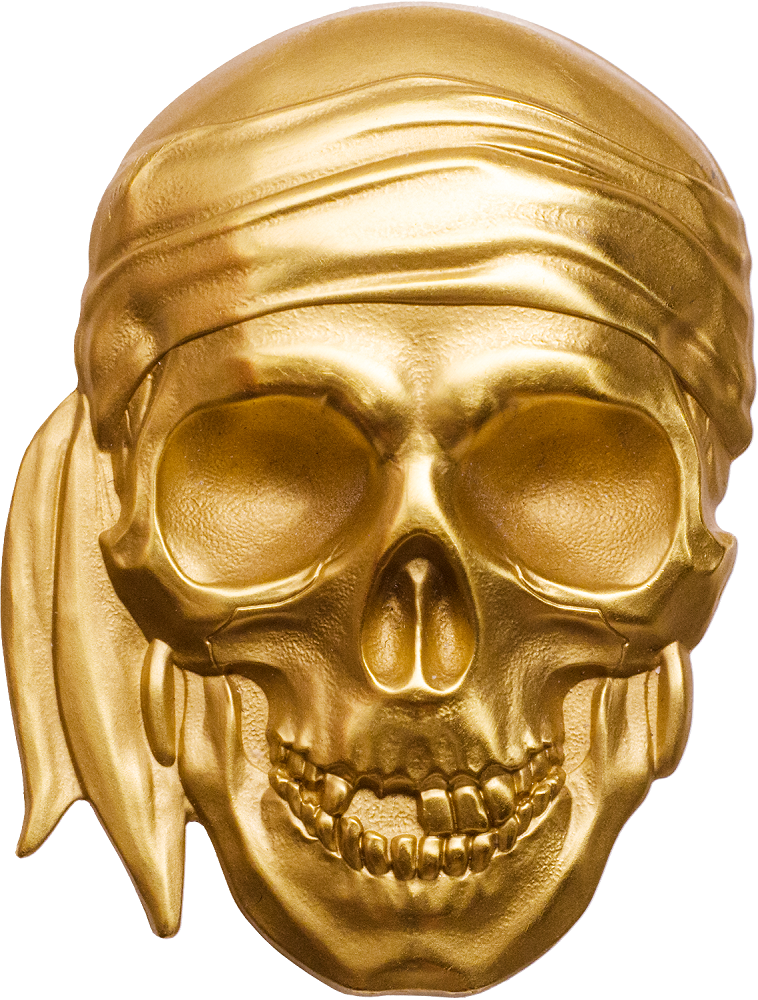 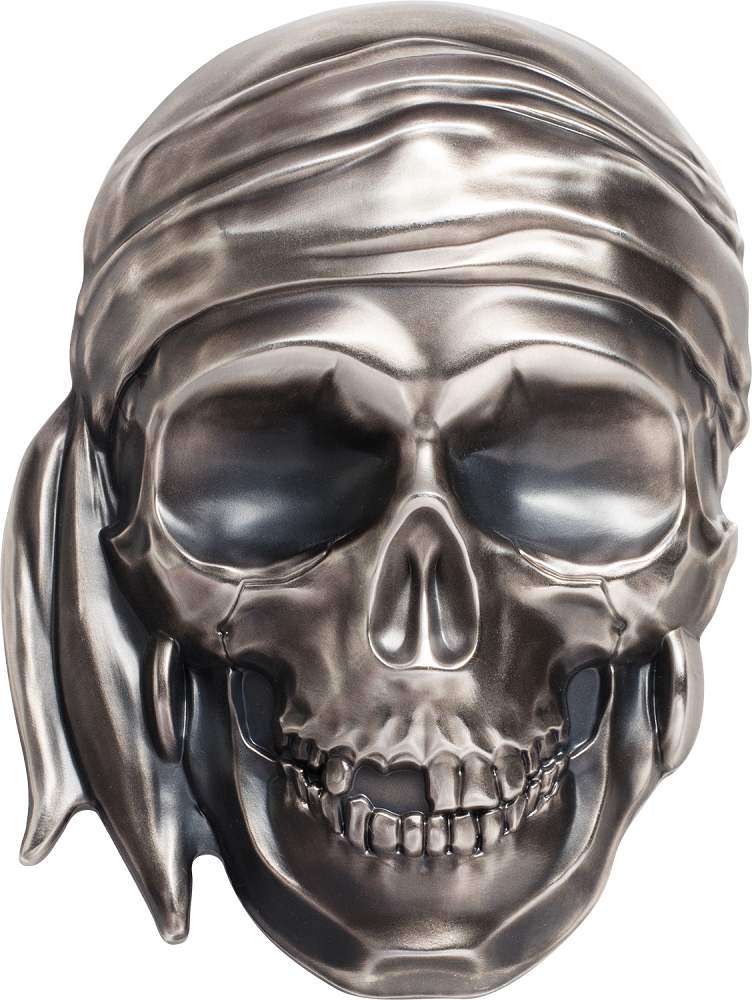 The reverse is designed three-dimensionally as a human skull wearing a bandana. 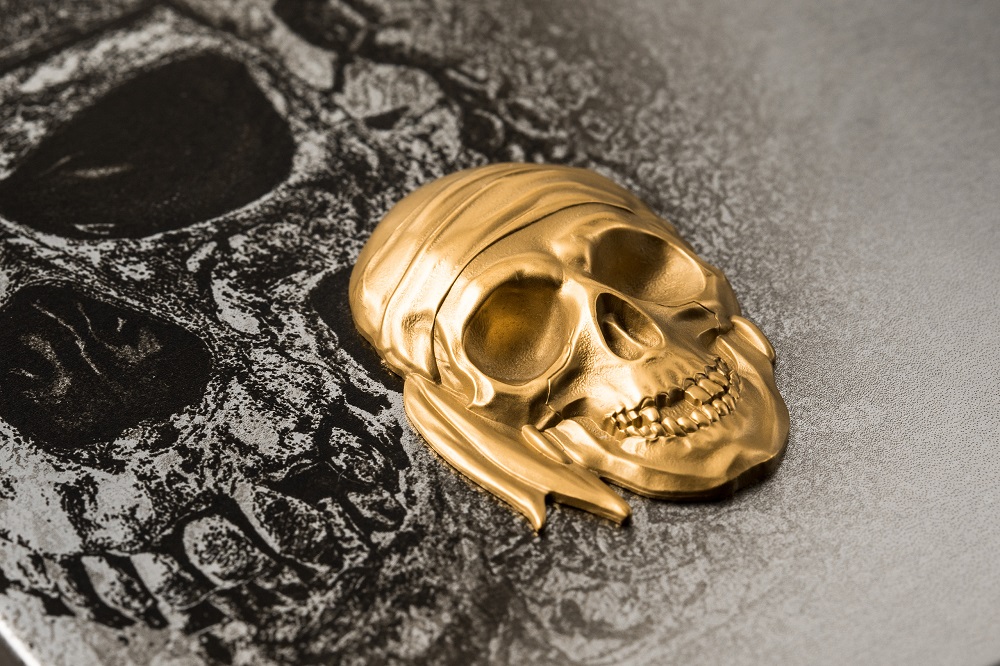 What do pirates love the most? No doubt, it’s gold. Hence, it was only a question of time until the “Skull” would also be available in pure gold. The “Blackbeard Edition” is presented as the first ever gold coin in the shape of a three-dimensional skull struck from one ounce of gold using CIT’s BigGoldMinting technology.


The production of the miniature sculptures issued in the Skull series causes coin minting to be faced with entirely new challenges. After the first prototype of “Big Skull” had been presented at the ANA 2017 and was received enthusiastically by collectors, technical difficulties stemming from the combination of such a high relief and a weight of a pound of silver caused the delivery of all pieces to be delayed for several months. But they were a total success. CIT builds on this success with “Big Pirate Skull.” 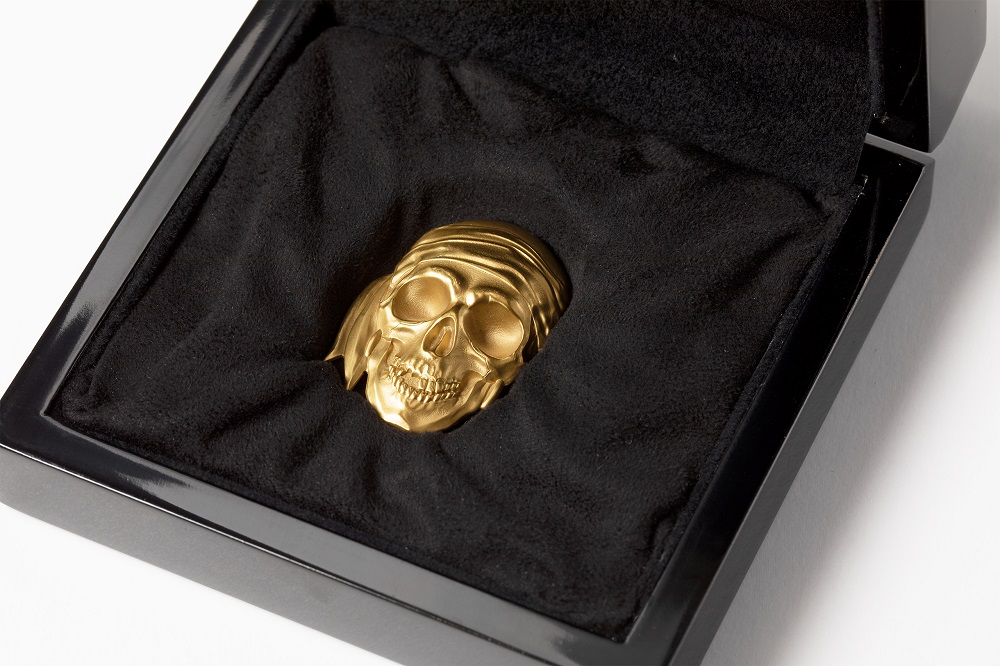