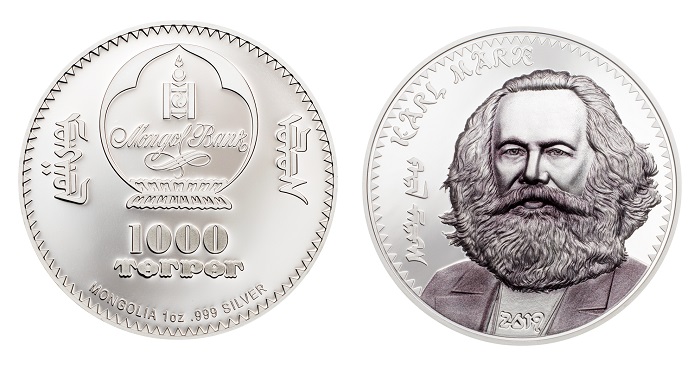 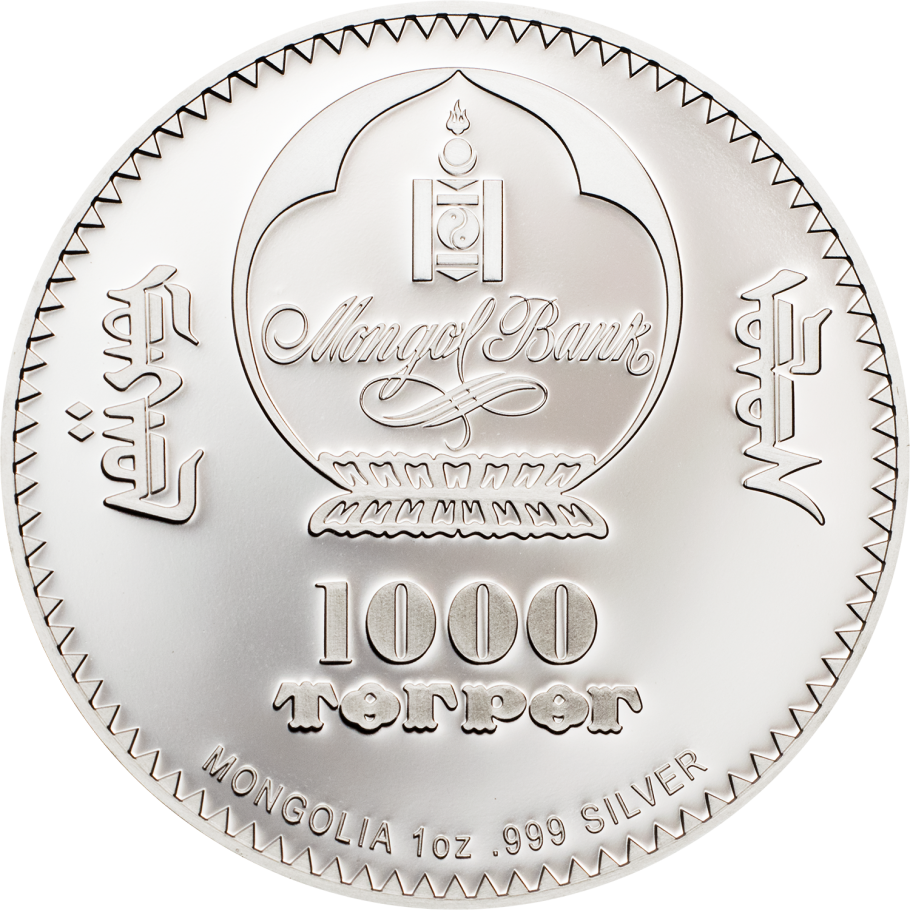 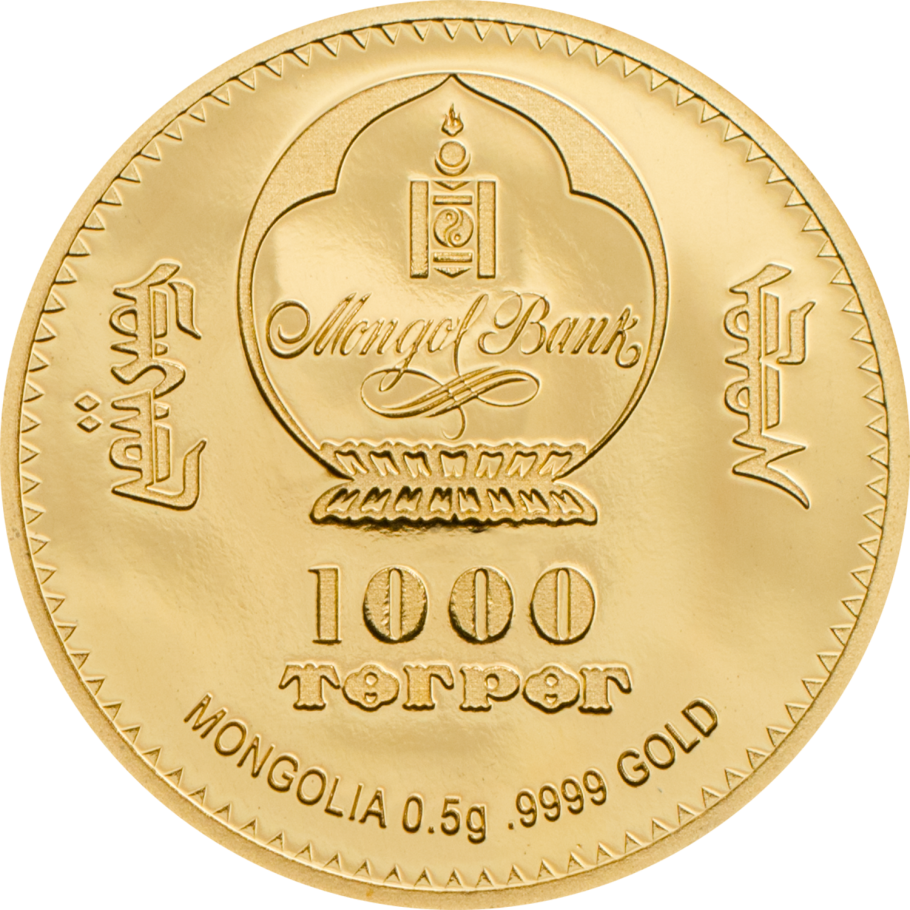 The obverse depicts the emblem of the Central Bank of Mongolia, while below in Cyrillic lettering is 1000 Togrog, and in Latin lettering is MONGOLIA. The silver coin reads 1 oz .999 SILVER; the gold coin reads 0.5 g .9999 GOLD. 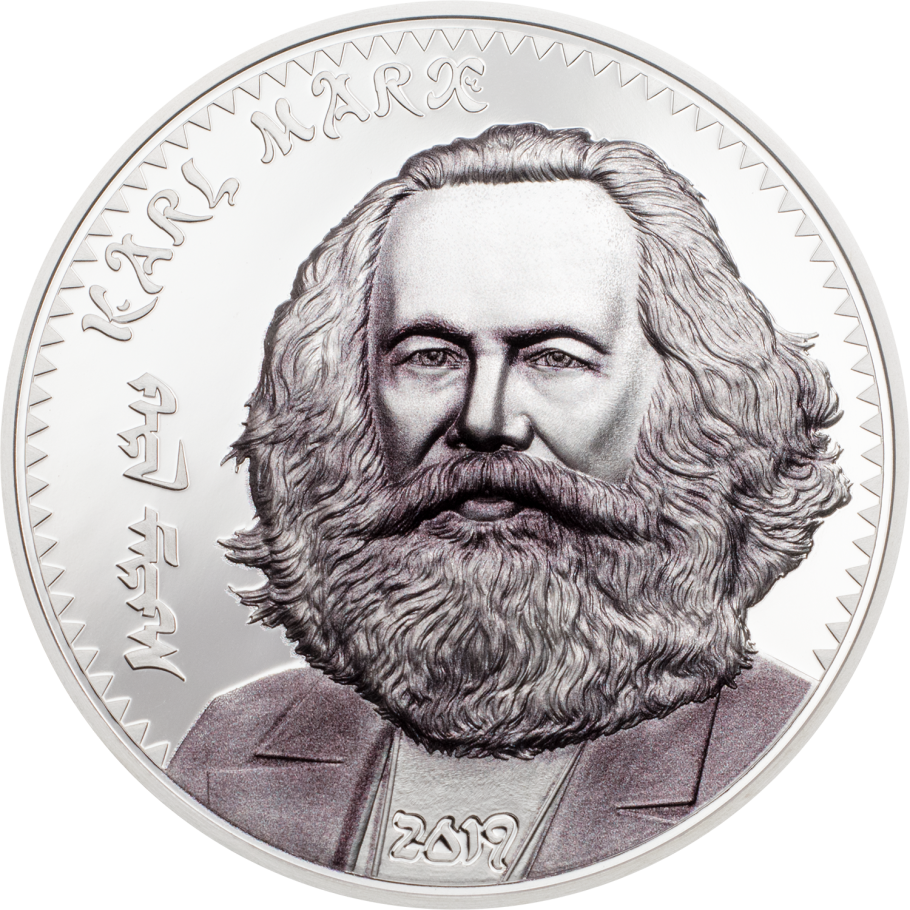 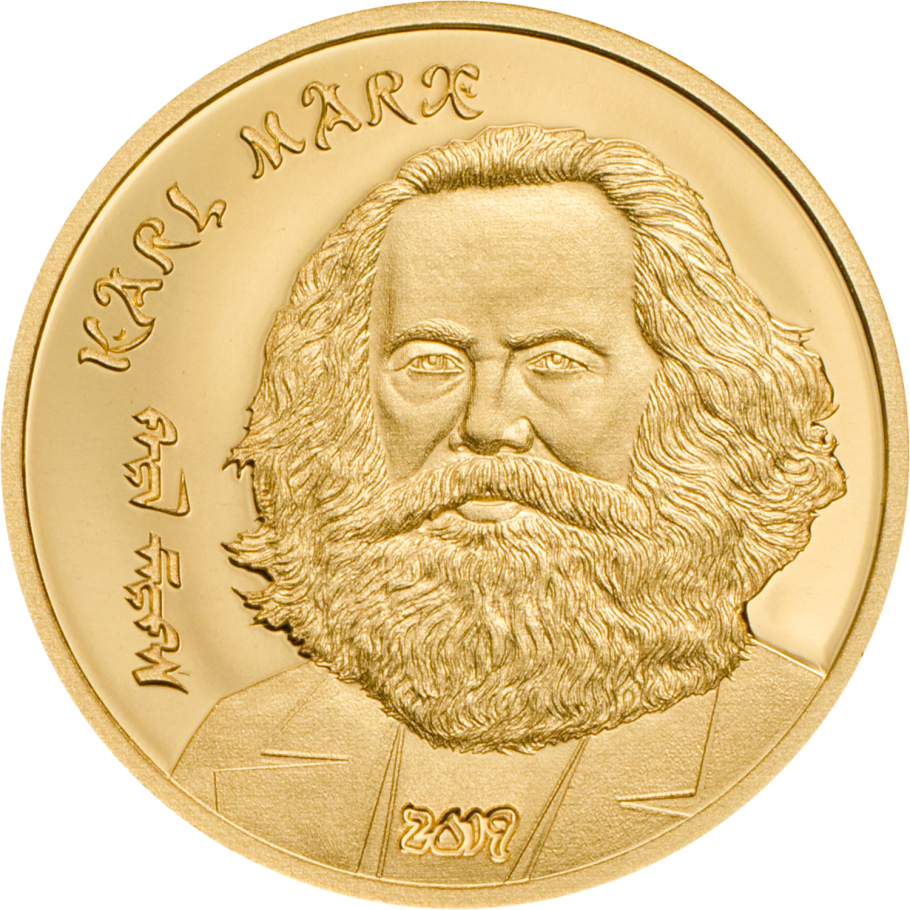 The reverse presents a front-facing portrait of Karl Marx. In the left field is KARL MARX in Latin and Mongolian lettering; in the bottom field, 2019.

The portrait used for this coin was inspired by a photograph taken by John Mayall junior in 1875. There is a certain sense of irony to the fact that this iconic photograph, which became the basis for both of these coins, was created by Mayall’s photography studio. After all, said studio was the first commercially successful photography business which made portraits of the upper class of Britain in a total of 10 establishments. Pictures of “eminent people,” and Karl Marx was considered one at the time this picture was taken, were available in sets of 12 for one pound and one shilling.

The coin combines smartminting technology with very sparse selective black coloring. This results in a charm similar to the one of the old daguerreotypes that used to be made at Mayall’s studio. This coin is a technical marvel: The precise color application on high relief has only recently been made possible.

A 0.5-gram gold coin with a diameter of 13.92 millimeters is also available with an identical motif.

A video is about the coin can be viewed below: