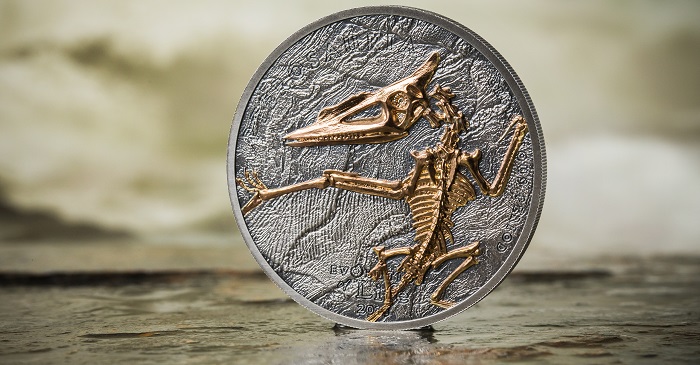 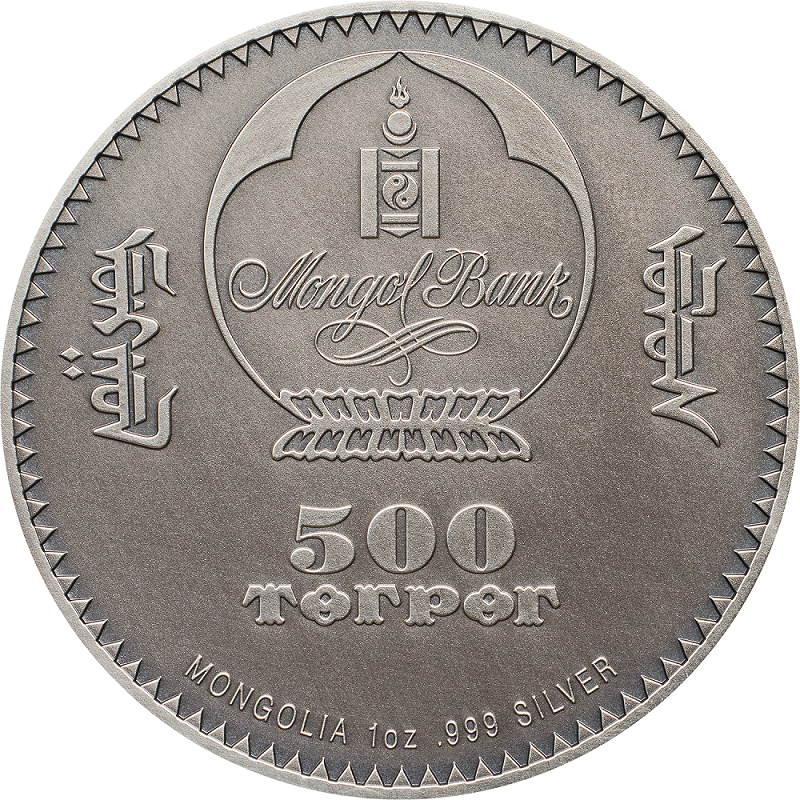 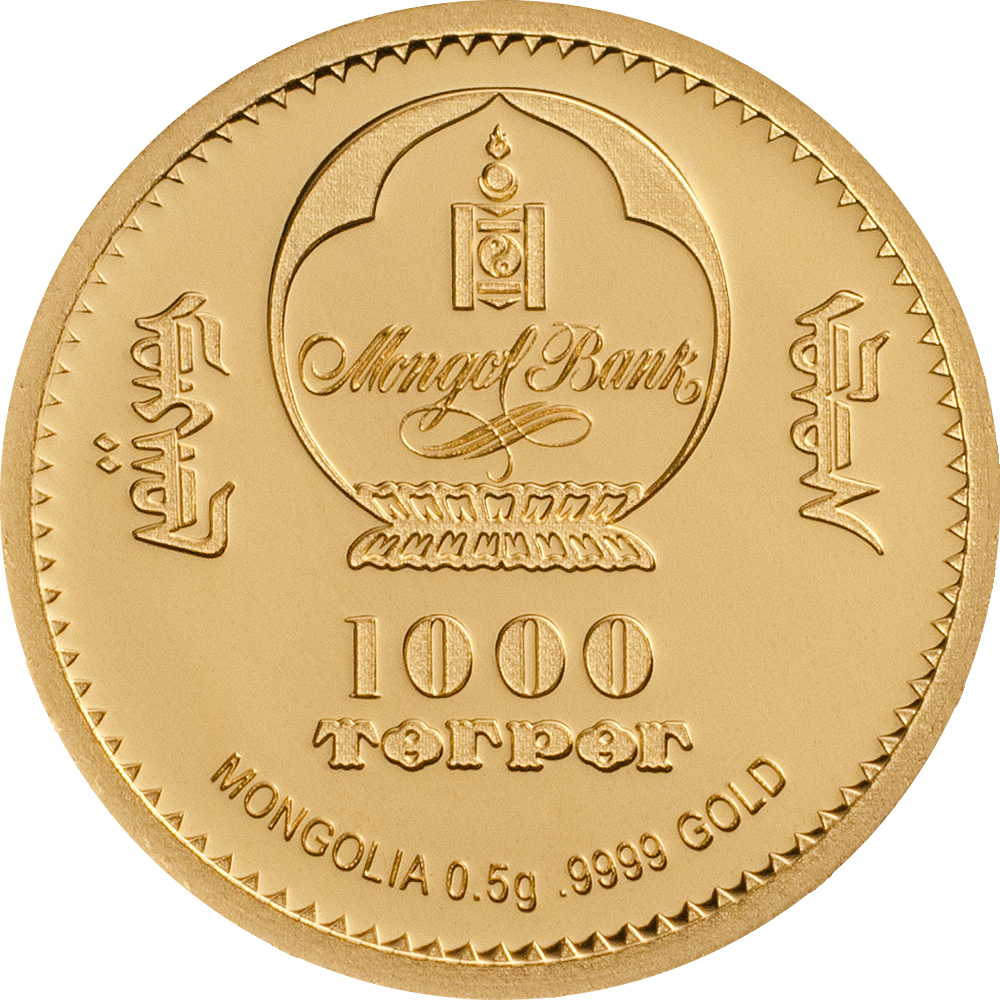 The obverse features the coat of arms of the Mongolian National Bank,  while below is 500 Togrog, MONGOLIA 1 oz .999 SILVER in Latin spelling in the exergue. 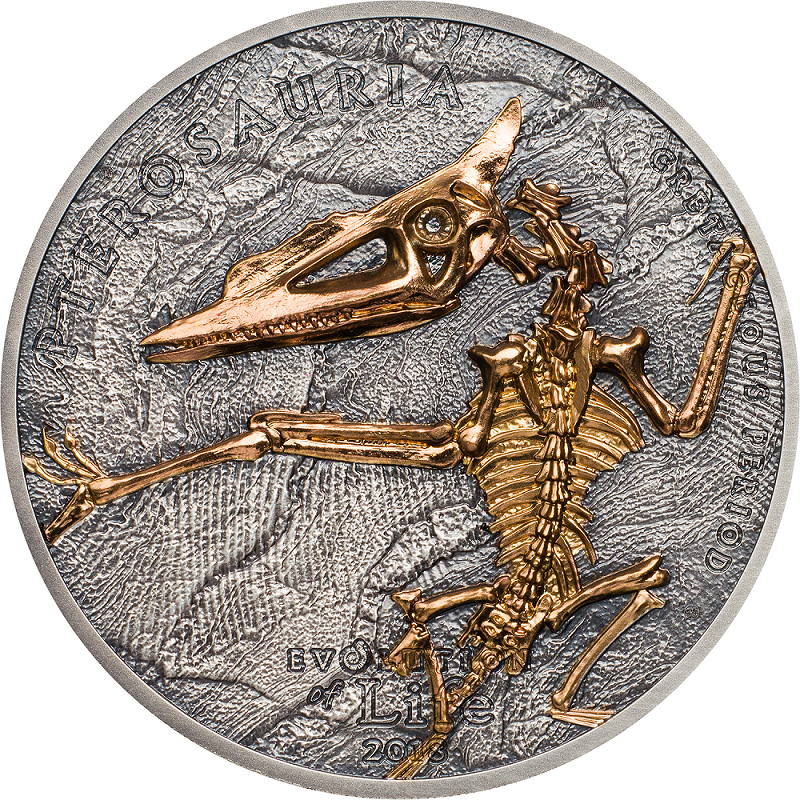 The reverse presents the fossils of a pterosaur, namely the Noripterus parvus found in Mongolia, while PTEROSAURIA and CRETACEOUS PERIOD are above and EVOLUTION of Life 2018 is below. While the rugged background is reminiscent of a lithic surface, the elaborately rose-gilded skeleton protrudes from said background. 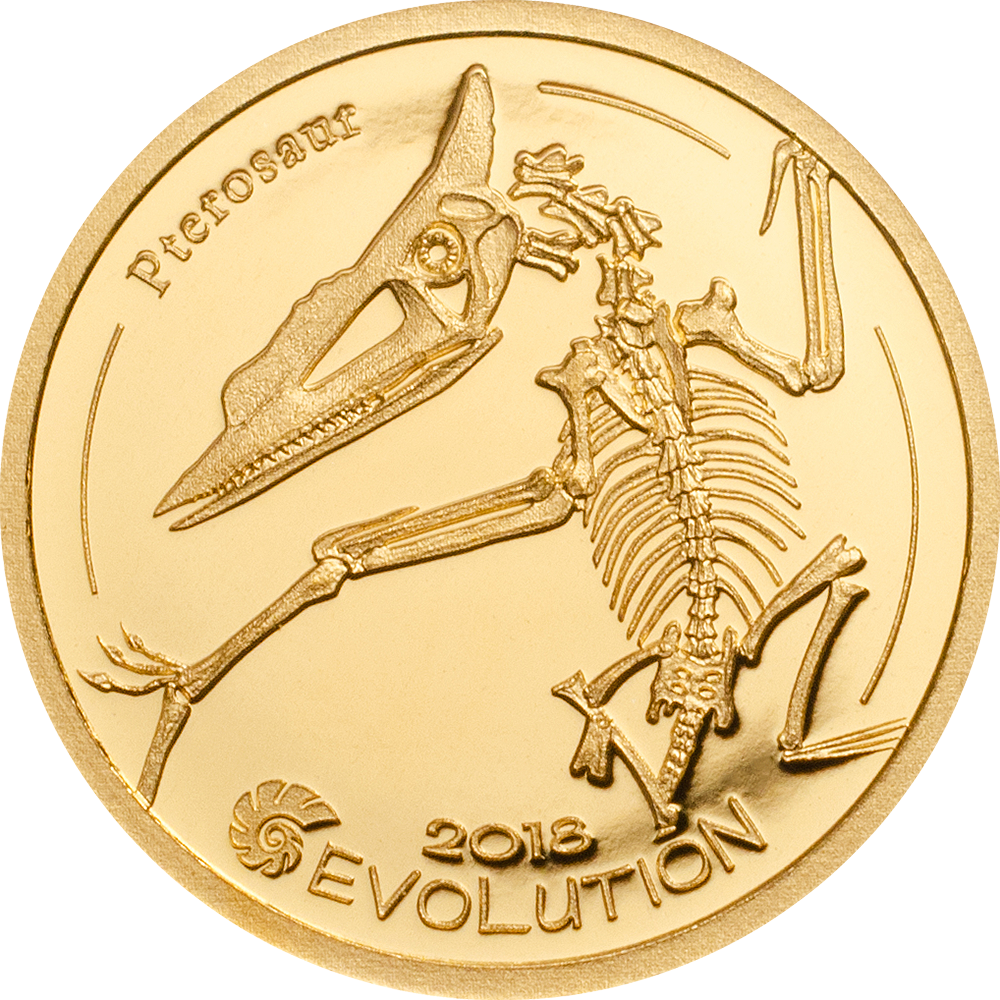 The small gold coin depicts the same fossil. The word Pterosaur is displayed above, while below are the year 2018 and word EVOLUTION, including a small ammonite. 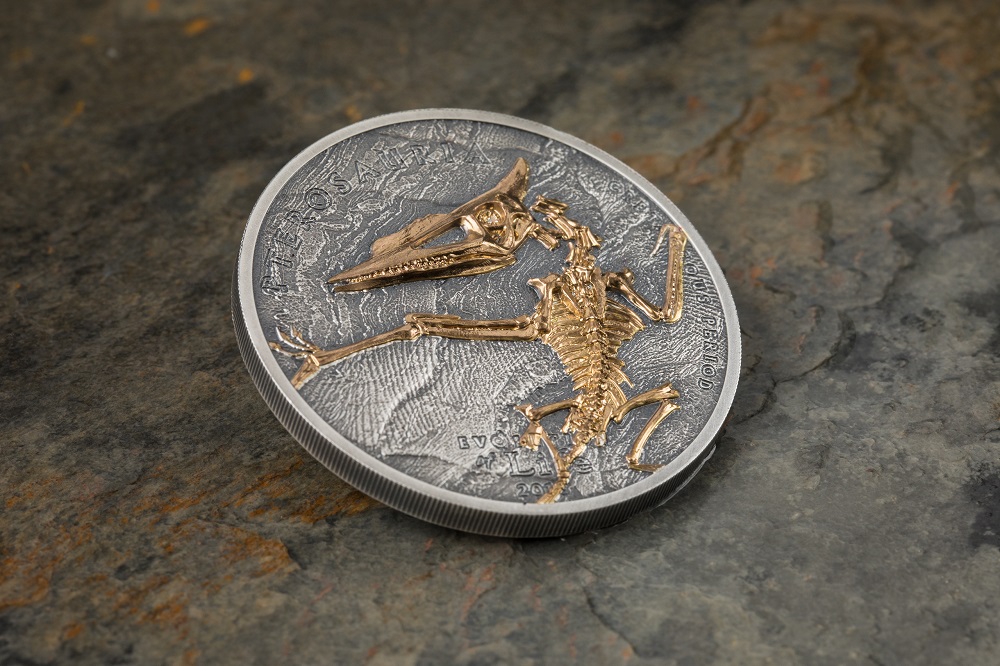 Pterosaurs are some of the most fascinating creatures in Earth’s history. Due to their large wing membranes, they were the first vertebrates able to fly autonomously.

One particularly interesting representative of this species is Noripterus parvus, whose fossils were discovered in Mongolia. The site of the find, Tsagaantsav Svita, is a geological formation originating from the early Cretaceous period, which is an era of the Earth’s history that began about 145 million years ago.

The fossils of Noripterus parvus were first described in 1982. Reconstructions allow for the assumption of an impressive wingspan of four meters. The Noripterus’ preferred food allegedly was shellfish, which it cracked using its strong jaws.


Following Ammonite, Trilobite, and Ichthyosaur, Pterosaur is the fourth coin to be issued as part of the “Evolution of Life” series. Just like the previous pieces, this coin was struck in a special procedure which results in the reverse of the silver coin appearing stone-like. The fossil struck in high relief by applying smartminting technology is further accentuated by its rose gilding. To apply rose gilding as delicately as the pterosaur’s fine skeleton requires it, the best possible artisanal skills are needed.

Every coin of this series was sold out shortly after it was issued. Some fossil collectors may thus opt for the small gold coin as an alternative since it is being issued at a much higher mintage. It features the same fossil’s skeleton in the same position as is seen on the silver coin. 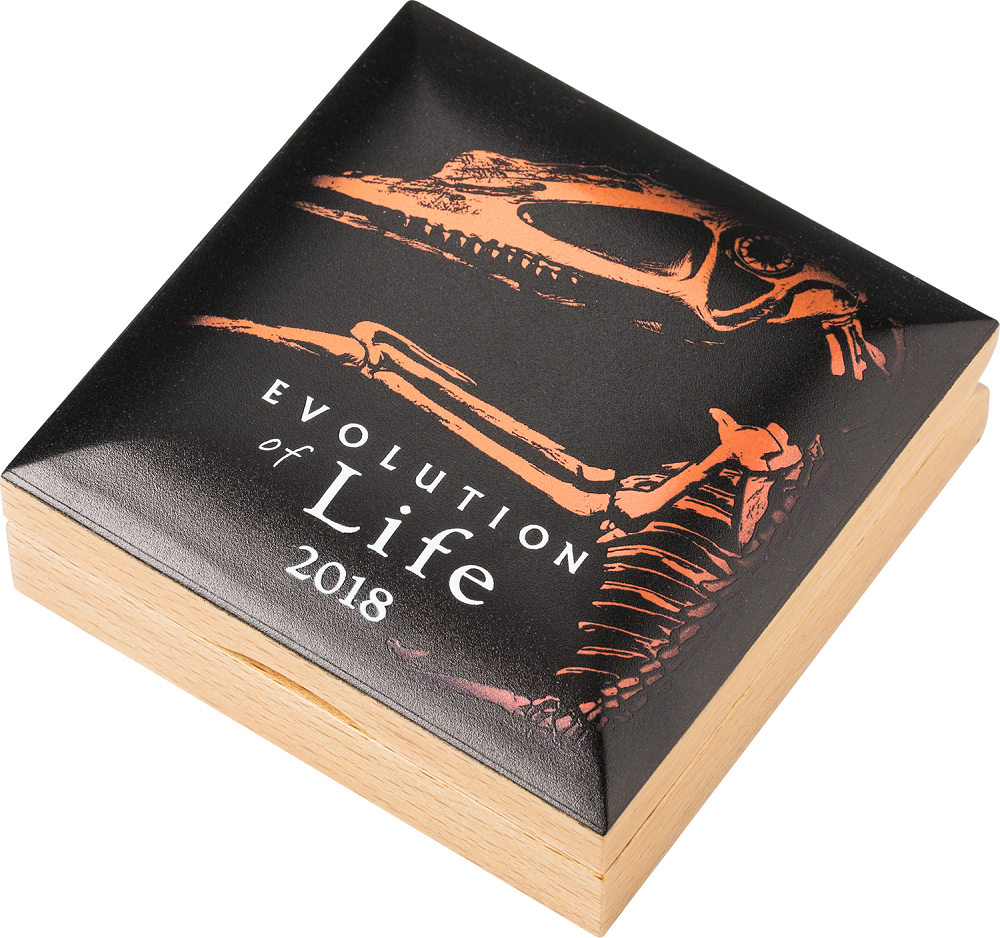