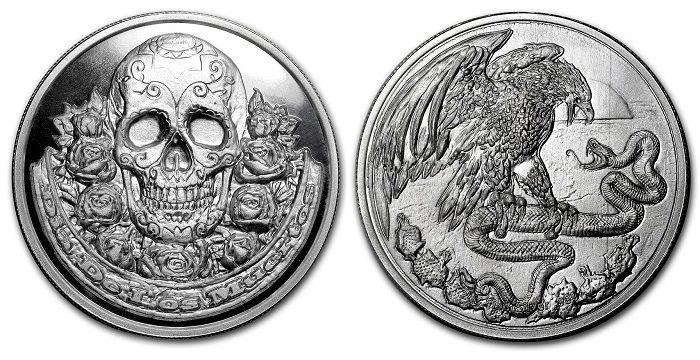 While well known for its coverage of United States coinage, Whitman Publishing is also known for its extensive coverage of classic Mexican coinage in the Whitman Encyclopedia of Mexican Money. Since my first articles published on Coin Update were a numismatic tour of Mexican coinage, anything that even mimics that style tends to play my nostalgia like a fiddle as well. 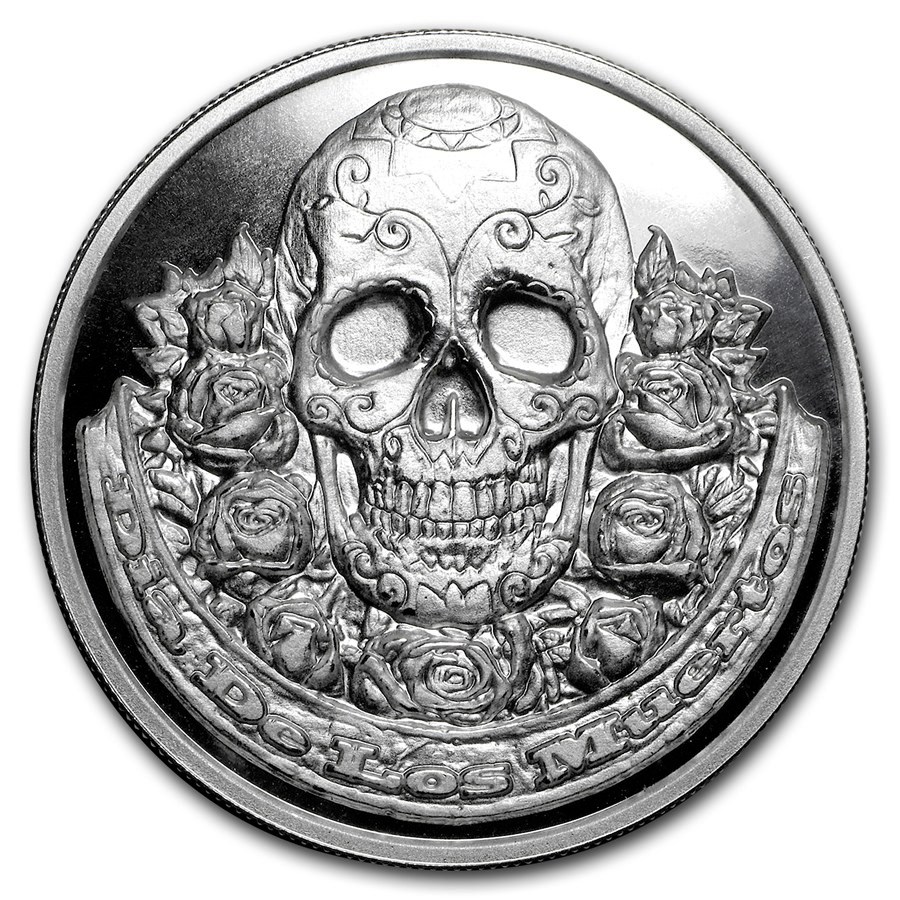 The obverse of the round resembles the design of the cursed Aztec gold seen in the first Pirates of the Caribbean movie, featuring a Mexican sugar skull that is wreathed by various roses. The inscription at the bottom reads Día De Los Muertos. 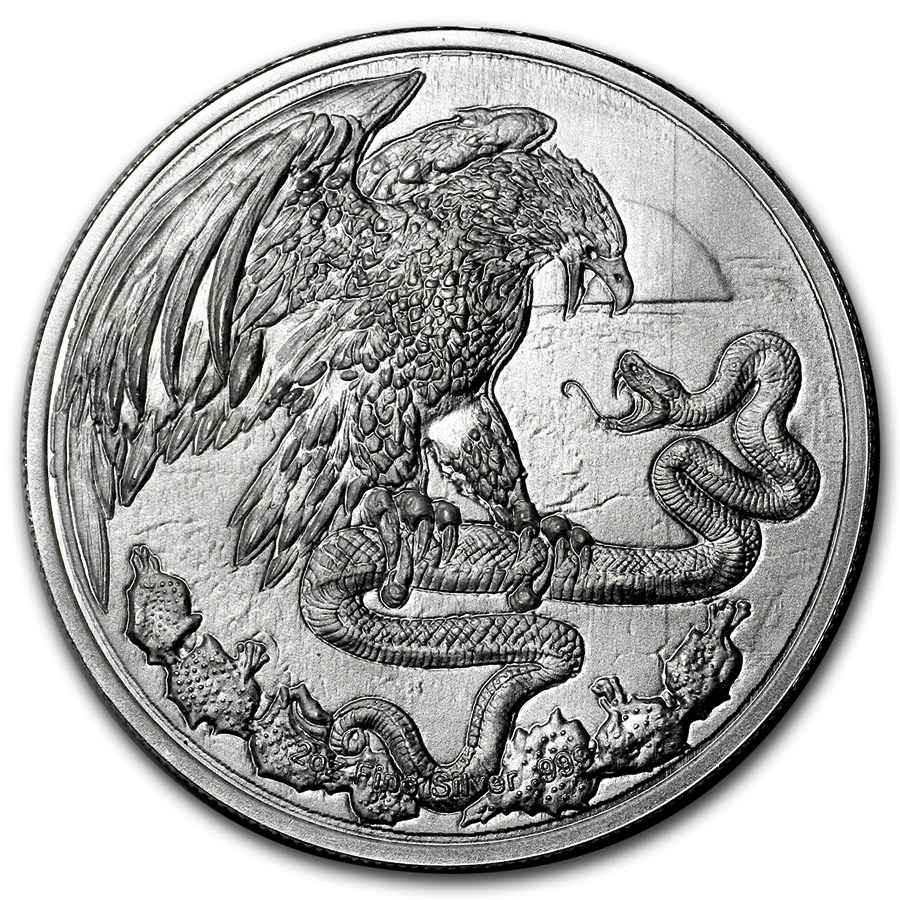 On the reverse, those familiar with Mexican coins will be delighted to see the familiar effigy of an eagle poised to devour a serpent that is grasped in its talons. The eagle typically personifies the sun and the Aztec god Huitzilopochtli, whose domain was war. By contrast, in Aztec mythology the snake represents the earth and the goddess Coatlicue, who ironically was the one to give birth to Huitzilopochtli. The design on the reverse most strongly recalls the dramatic eagle on the reverse of the 1921 “Victoria” two pesos.

The round contains two ounces of .999 fine silver and is issued in a limited mintage. Each round is delivered individually protected in plastic capsules. Whether you are simply looking for an excellent high-relief silver item to add to your collection, or just in a celebratory mood, there is no trick to this treat from Choice Mint. However, if you’re more into authentically Mexican coinage, then perhaps the Whitman Encyclopedia of Mexican Money and its multiple volumes would be more suited to you.

Mexico: A look back at two Cinco de Mayo commemoratives