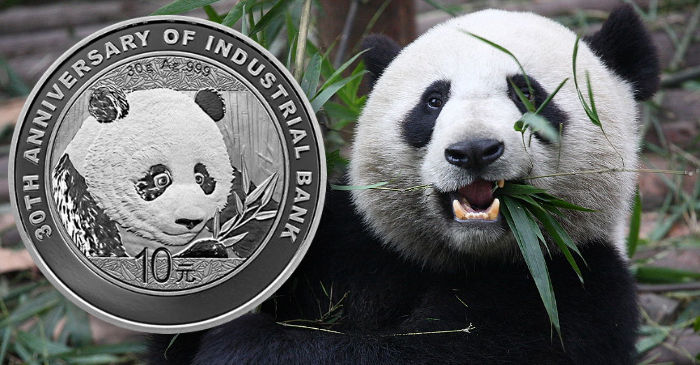 The People’s Bank of China has issued two collector coins on the occasion of the 30th anniversary of one of the country’s first commercial banking entities that introduced customer and international banking to the Chinese public. Founded on the 26th August 1988, as the Fujian Industrial Bank, its function was to introduce the mainland Chinese to the services of a commercial bank for the purpose of deposits, business and personal loans, international settlements, in addition to banking services such as issuing financial bonds to local and national government authorities. It is one of the first entities of joint-stock commercial banks approved by the State Council and the People’s Bank of China. On the 5th February 2007, the Industrial Bank was listed on the Shanghai Stock Exchange. In June 2001, the Fujian Industrial Bank Joint-Stock Corporation, Limited was abbreviated to the Industrial Bank of China.

Today, the Industrial Bank caters to public, corporate, and governmental banking requirements and consists of 79 branches and 662 sub-branches in major cities such as Beijing, Shanghai, Guangzhou, Shenzhen, and Nanjing — among many other cities and towns. Aside from its own assets, the Industrial Bank has a wholly owned subsidiary — Industrial Financial Leasing Co. Ltd. — and has acquired a controlling stake in Union Trust Co. Ltd.

The collector coins are issued in both gold and silver and share the same designs for both variations. The coins are produced at the Shenzhen Guobao Mint Co. Ltd on behalf of the People’s Bank. The obverse includes the depiction of a three-quarter facing panda with the inscription of the weight and metal content of the coin, 8g Au .999, for the gold versions and 30g Ag .999 for the silver versions — just above the primary design. The commemorative inscription in English reads “30TH ANNIVERSARY OF INDUSTRIAL BANK” and is placed along the top edge. 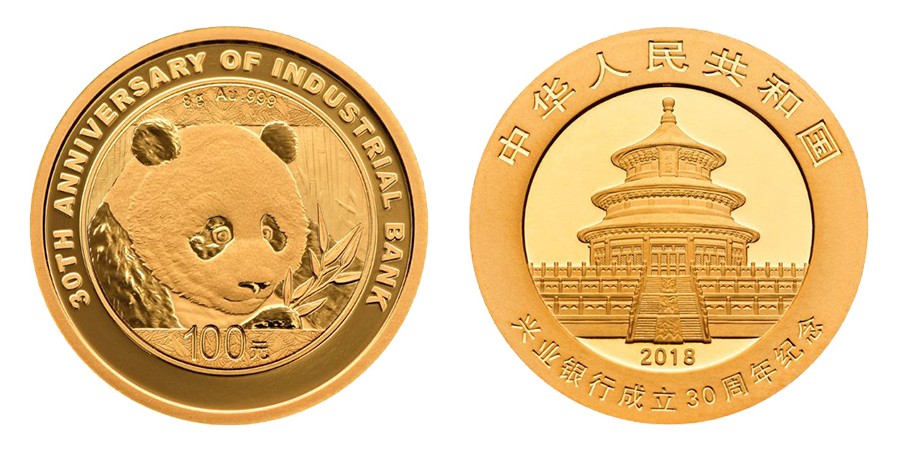 The reverse includes a central image of the Temple of Heaven in Beijing. The country name, the year of issue, and the Chinese characters which denote “Commemorative Commemoration of the 30th Anniversary of Industrial Bank” are placed above and below the primary design.