At a meeting held on June 21, 2012, the Commission of Fine Arts (CFA) reviewed candidate designs prepared by the United States Mint for four Code Talker Congressional Gold Medals. This represents the second set of four designs to be reviewed, following the review of designs for four other medals earlier this year. 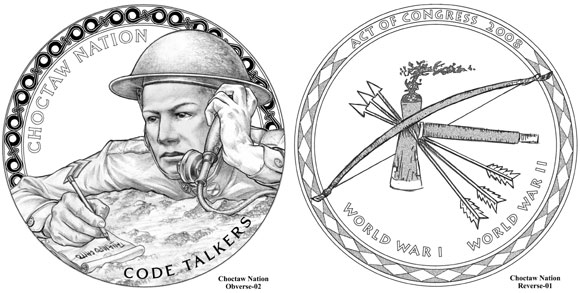 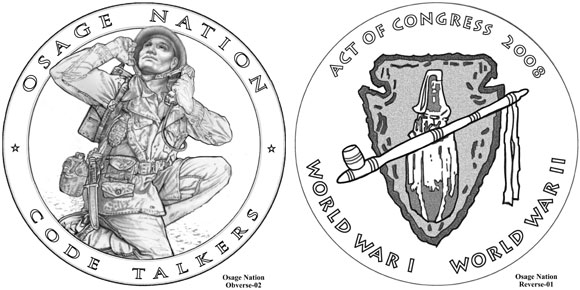 Osage Nation. Although the Osage Nation preferred obverse #1, the CFA recommended obverse #2. The only difference between the two designs was the omission of barbed wire in the background, which the Commission felt improved the clarity of the design. There was only a single reverse design provided by the US Mint, which the CFA supported. 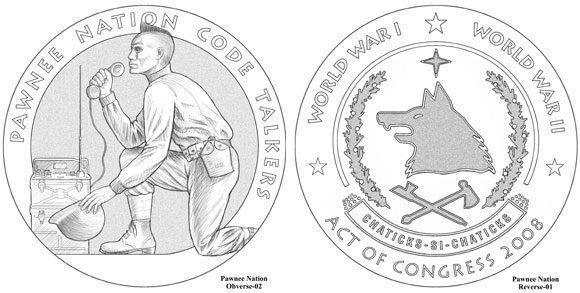 Pawnee Nation. The CFA recommended obverse #2, provided that the overlap between the soldier’s hair and the border text of the medal would be eliminated. For the reverse, they recommended alternative #1, commenting that the abstract depiction would compliment the realistic obverse design.