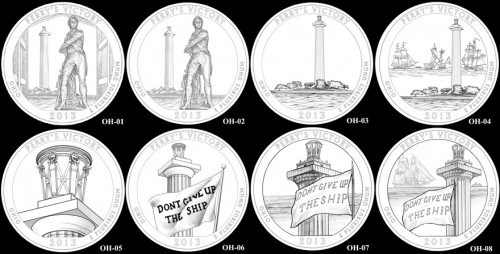 The CFA recommended design OH-03 due to the “simplicity and elegance of the composition, focused on the memorial column as the primary iconic element of the park.” With regards to the other alternatives presented, the Commission commented that “the depiction of details and multiple elements at unrelated scales… is not successful.” 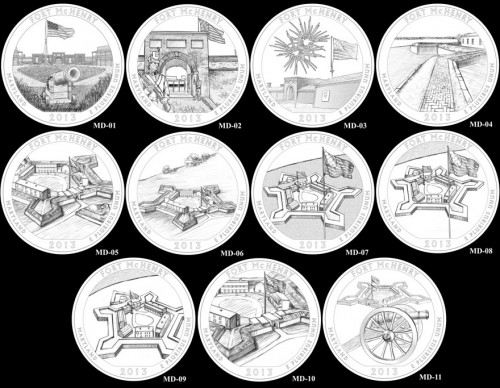 When the CFA reviewed the four initial design alternatives provided by the US Mint in October, they criticized the emphasis on human figures rather than the fort itself and made a recommendation that an elevated or plan view of Fort McHenry should be considered.

Seven out of the eleven designs from the second round of alternatives included various aerial view of Fort McHenry, and only a single design included a human figure. Nonetheless, the Commission was apparently not pleased with the angle of depiction for the fort or the cropping. They reiterated their request for a plan view of the fort, which they said “may be the most suitable depiction for a coin design and would succinctly convey the fort’s iconic five-sided shape.”