The Commission of Fine Arts (CFA) reviewed proposed designs for the 2012 Presidential Dollars during a meeting held July 15, 2010. The United States Mint provided the CFA with four to six obverse candidate designs for each coin. The CFA made recommendations for three out of the four coins to be released.

The Presidential Dollar Program, which began in 2007, honors the former Presidents of the United States in the order served. Four different coins are released each year with the obverse design featuring a portrait of the President being honored. The reverse of each coin has featured a rendition of the Statue of Liberty designed by Don Everhart. The coins to be issued for 2012 will feature Chester A. Arhur, Grover Cleveland (first term), Benjamin Harrison, and Grover Cleveland (second term). 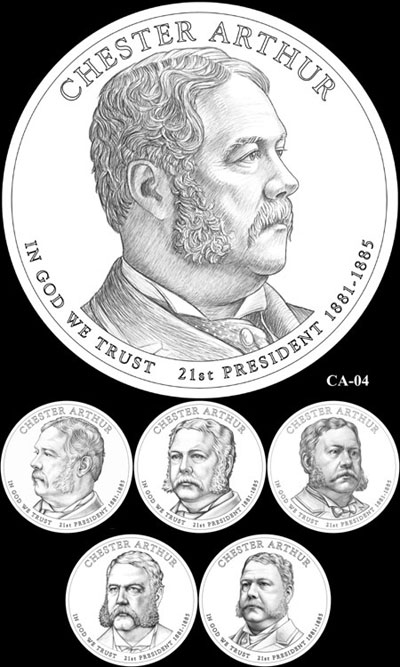 Chester A. Arthur was the 21st President of the United States, who served from 1881-1885. The CFA was provided with six different alternatives and recommended #4, which features a near-profile pose. 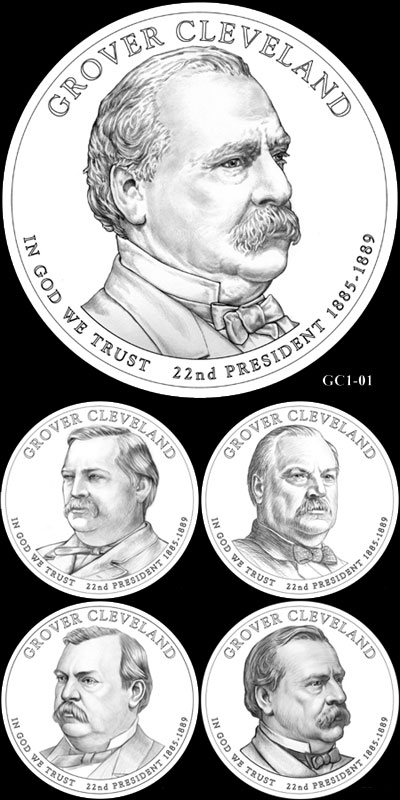 Grover Cleveland was the 22nd President of the United States, serving from 1885 to 1889. The CFA recommended the first out of the five different alternatives presented. They commented favorably on the simplicity of the design and near profile pose. 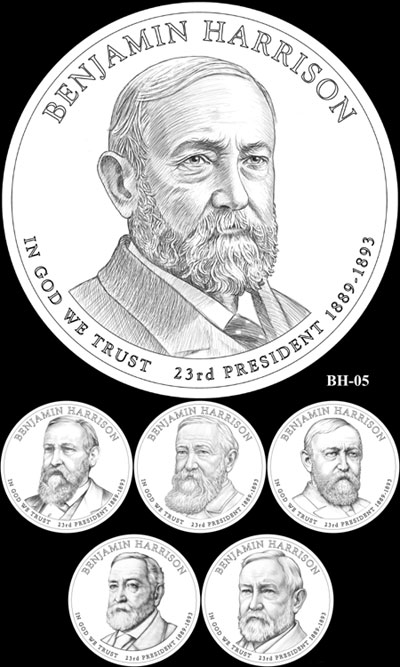 Benjamin Harrison was the 23rd President of the United States, serving from 1889 to 1893. The US Mint provided six different design candidates for the obverse of the coin, but the CFA did not recommend any of them. In particular, they expressed regret that a profile pose was not included and later emphasized their preference that at least one profile pose should be included for future submissions of the series. The CFA did state that design alternative #5 had the most potential for further development. 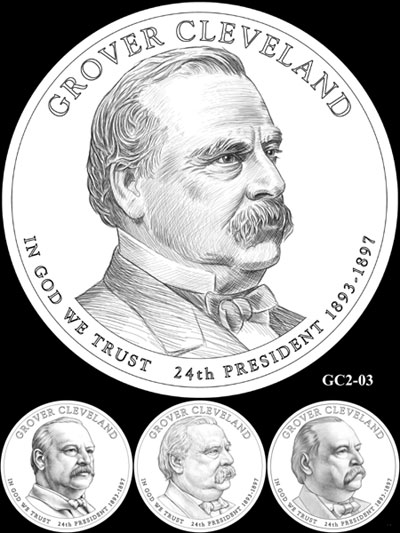 Grover Cleveland served as President of the United States once again from 1893 to 1897. His two Presidential terms were separated by the Presidency of Benjamin Harrison. Under the authorizing legislation for the Presidential Dollar Program, two separate coins are issued since his two terms were nonconsecutive. The CFA recommended the third of four different alternatives provided, citing the pleasing appearance but expressing concern about the quality of submitted portraits.

During the same meeting, the Commission also reviewed obverse and reverse design candidates for the 2011 First Spouse Gold Coins and Bronze Medals. This series honors the spouses of each President in the order served. These design candidates and the CFA’s recommendations will be reviewed in a separate article.