The First Spouse Gold Coin Program will enter its seventh year in 2013, with coins released to honor the spouses of the 25th to 28th Presidents of the United States of America. The coins will feature Ida McKinley, Edith Roosevelt, Helen Taft, Ellen Wilson, and Edith Wilson. There are five releases for the year since Woodrow Wilson had a first and second wife while in office. 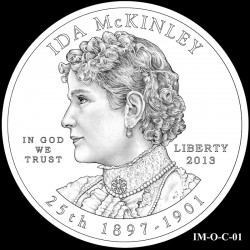 For the Ida McKinley First Spouse Gold Coin, the CFA recommended obverse design candidate #1 as the best likeness. For the reverse, the Committee recommended alternative #2 with the request that Mrs. McKinley’s right hand should be extended through the border motif similar to the depiction of her left hand.

The CFA’s recommendations matched those of the CCAC. 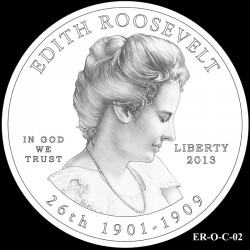 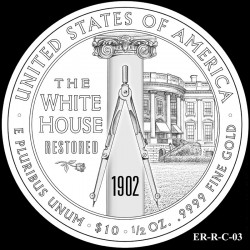 For the coin honoring Edith Roosevelt, the CFA recommended design candidate #2, which was based on a portrait favored by President Roosevelt. They did request further separation between Mrs. Roosevelt’s nose and the inscription “Liberty”. The CFA did not support any of the provided reverse design candidates, but suggested a redesign of the theme presented in design candidate #3, which marked the restoration of the White House in 1902. They suggested a more accurate depiction of the column capital, possibly shifting it to the left, removing the rose element, and moving the text “1902” to the space previously occupied by the rose.

The CCAC had also supported obverse design #2 and offered their official recommendation for reverse #3. 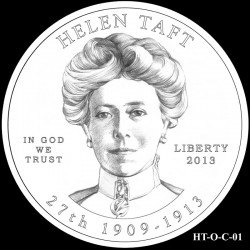 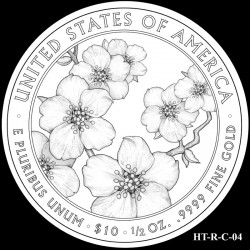 For the Helen Taft First Spouse Gold Coin, the CFA recommended obverse design candidate #1 as the best portrait. For the reverse, they offered their recommendation for design #4 and praised the abstracted cherry blossom design as a strong symbol.

The CCAC offered their recommendations for a different obverse design and reverse design #4. 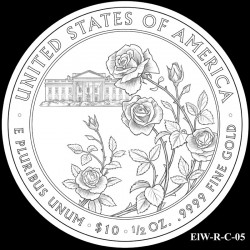 Next was the coin honoring Ellen Wilson, who had served as the First Lady until her death on August 6, 1914. The CFA recommended obverse design candidate #2 as the best design in near profile. For the reverse they supported design candidate #5, but offered their comments that the design could be refined by clarifying the relationship between the White House and the roses by reducing the scale of the roses or moving the White House away from the border. The final coin for the year will honor Edith Wilson, who was the second wife of President Woodrow Wilson and served as First Lady from December 18, 1915 to March 4, 1921. The CFA offered their recommendation for obverse design candidate #3 as having the highest artistic merit. This was the same design supported by the CCAC. No recommendation was offered for the reverse. The CFA agreed with the CCAC that the theme of Mrs. Wilson’s service during his infirmary was promising for further development.