The Commission of Fine Arts (CFA) recently reviewed the design candidates prepared by the United States Mint for the 2015 and 2016 Native American Dollars. These coins will represent the seventh and eighth releases in the series featuring annually rotating reverse designs recognizing the accomplishments and contributions of Native Americans.

The series was launched in 2009 with a reverse design depicting the “Three Sisters Method” of planting. In 2010, the design featured a depiction of the Hiawatha Belt to represent the Haudenosaunee or Iroquois Confederacy. The following year, the coins focused on diplomacy with a depiction of the first written peace treaty between Native Americans and European settlers at Plymouth. For 2012, the design commemorated the trade routes that helped spread the horse in the 17th century. In 2013, the design carried the image of a turkey, howling wolf, and turtle to commemorate the Treaty with the Delawares. This year, the design theme was the native hospitality which ensured the success of the Lewis and Clark expedition. 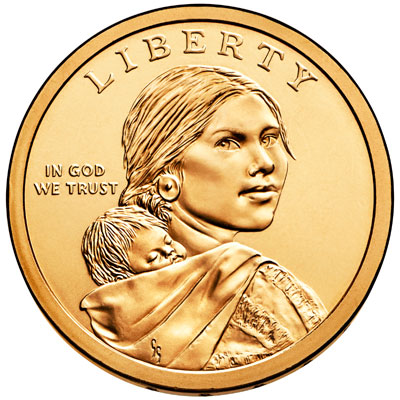 For each year of the series, the unique reverse design has been paired with a common obverse featuring Sacagawea and child. The design by Glenna Goodacre was created for the previous Sacagawea Dollar series, which ran from 2000 to 2008. 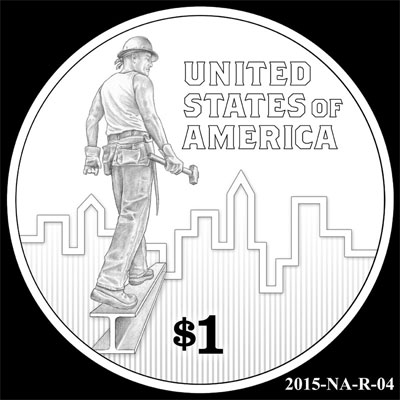 The 2015 Native American Dollar will honor the Mohawk Iron Workers who worked from the 1920’s onwards building prominent landmarks in New York City including the Empire State Building, World Trade Center, Chrysler Building, and the George Washington Bridge. From a slate of 20 design candidates, members of the Commission of Fine Arts recommended alternative 2015-NA-R-04, which matched the recommendation offered by the Citizens Coinage Advisory Committee (CCAC). The CFA also supported the suggestion of the CCAC to include text identifying the theme. 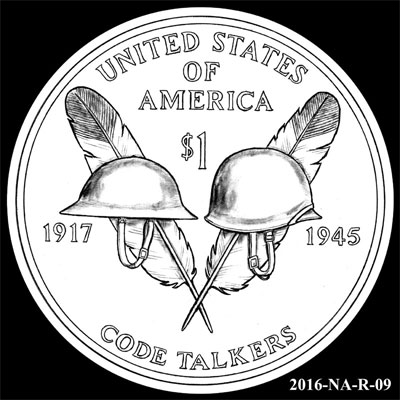 The 2016 Native American Dollar will recognize the contributions of the Native American Code Talkers of World War I and II. The Code Talkers served in the United States Armed Forces and used tribal languages as a basis for secret communication which proved unbreakable to enemy forces. From the field of 18 different design candidates, the CFA recommended alternative 2016-NA-R-09, once again matching the recommendation of the CCAC. The CFA also supported the CCAC’s suggestion to replace the dates “1917” and “1945” with “WWI” and “WWII”.

There was not a quorum present at the CFA meeting, so the recommendations above were offered by the attending members. The recommendations will be placed on the administrative agenda for confirmation at the next meeting.

Under the authorizing legislation for the series, the design candidates for each year are reviewed by the CFA, CCAC, the Committee on Indian Affairs of the Senate, the Congressional Native American Caucus of the House of Representatives, and the National Congress of American Indians, who may each provide feedback and their recommendations. The final designs are selected by the Secretary of the Treasury, who takes into account the recommendations of the various groups.