At a meeting held on June 21, 2012, the Commission of Fine Arts (CFA) reviewed the design candidates provided by the United States Mint for the Five-Star Generals Commemorative Coins. 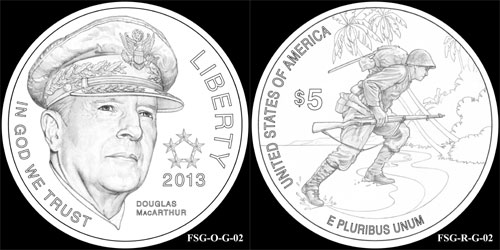 For the $5 gold coin, which will feature Douglas MacArthur, the CFA recommended obverse #2 based on the superior quality of the portrait and reverse #2. For the reverse design, the Commission requested that the text “$5” instead be rendered as “Five Dollars” and placed within the circumferential band of inscriptions. 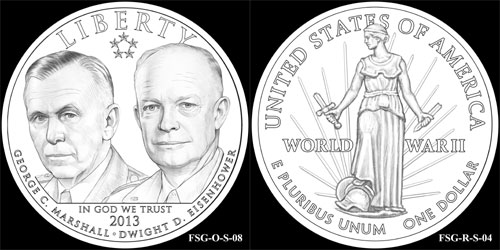 Members of the CFA noted the difficulty of composition a coin with two portraits as they reviewed design candidates for the Five Star Generals Silver Dollar, which features George C. Marshall and Dwight D. Eisenhower. For the obverse, they recommended alternative #8 as the simplest and most balanced composition with the best facial expressions. A suggestion was offered to revise the proportions of the elements to eliminate overlap of the portraits with the inscription “Liberty.” For the reverse, alternative #4 was recommended as a simple and elegant composition. Once again, it was suggested that the size of elements should be reduced to eliminate overlap with the inscriptions. 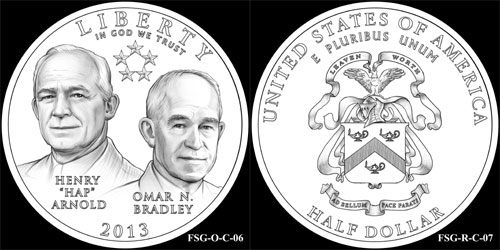 The half dollar for the program will feature Henry “Hap” Arnold and Omar N. Bradley. The CFA recommended obverse #6 as the most elegant, noting the separation of the portraits from the inscriptions. For the reverse, they recommended alternative #7 for the simple and abstract composition.

All of the design candidates provided by the United States Mint for each of the three coins are included below. Click any image for a larger version. 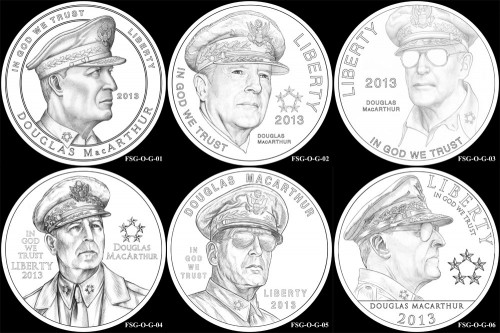 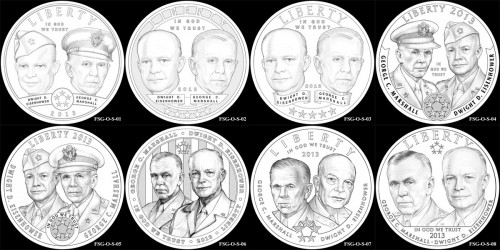 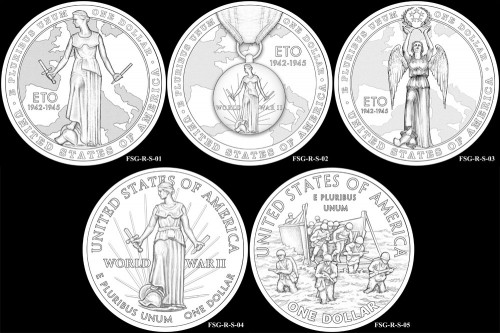 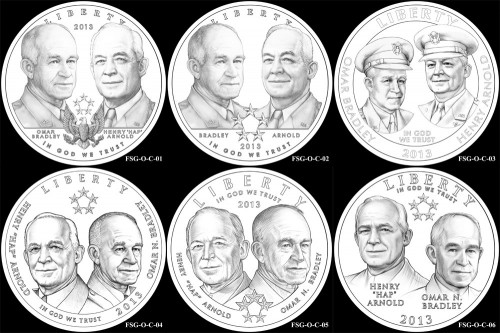 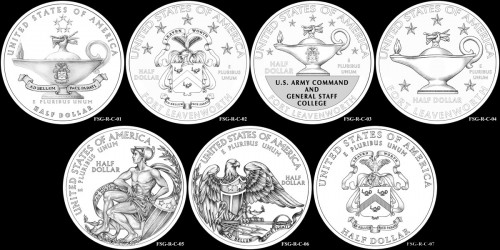