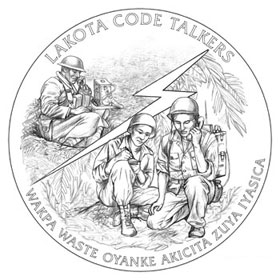 Heidi Wastweet started the comments phase of the meeting.  Of the designs for the Cheyenne River Sioux Nation, she was in “strong agreement” for obverse design 2, and favored reverse design 7.  For the Choctaw Nation, she has “no issue” with obverse design 3, and commended design 5.  She said she “would have liked to have seen a unique design” for Osage Nation obverse 2, as that design was also used for Santee Sioux Nation; she strongly objected to the tribe’s preference of reverse, and wished it was redesigned “to look more realistic”.  Lastly, she had mixed comments for the Pawnee designs: an awkward placement of a cut and a scary’ facial expression on obverse design 1, but complements on the utilization of the “depth of the medal” on reverse design 3.

The rest of the committee were less vocal with their comments, likely due to the quickly-approaching end of the allotted time for the meeting.  Erik Jansen liked the “native intensity” of the Pawnee obverse designs, and said that their obverse design 1 should have 7 arrowheads instead of 8 as depicted.  Michael Moran voiced his strong inclination to side with the tribes’ preferences, whereas Donald Scarinci opposed both the Pawnee obverse design 1 recommendation as well as the re-use of the design for the Osage Nation.  Michael Olson said that he “completed agrees” with the tribes’ preferences, as did Jeanne Stevens-Sollman and Dr. Michael Bugeja, who added it was “very important to show the writing of the language”.  Mike Ross also indicated he would support the tribes’ preferences, but commented that the Pawnee obverse design 1 resembled someone “standing in front of the Sears Tower”.  Robert Hoge lamented that he would liked to have seen “more authentic representations” of some of the designs, and Chairman Marks closed the comments section with support for the preferences of the tribes.

There was a motion to change the number of arrowheads on the Pawnee obverse design 1 from 8 to 7, which passed 9-0 with 1 abstention.

The votes for recommendation for the designs were as follows: 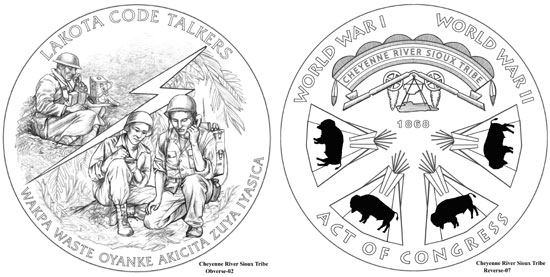 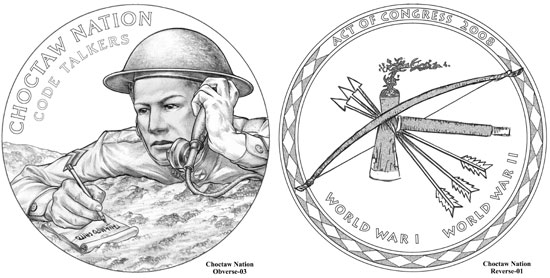 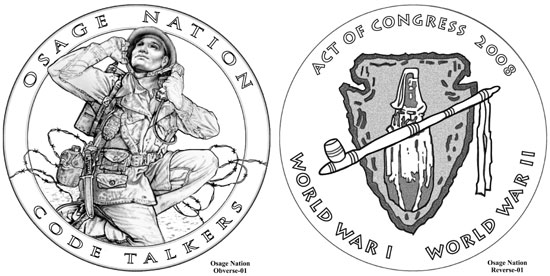 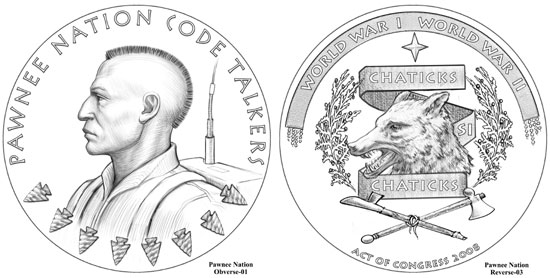