The Citizens Coinage Advisory Committee (CCAC) met on May 25th, 2011, at the U.S. Mint’s headquarters in Washington D.C. On the agenda for the meeting were reviews of the design candidates fr the 2012 National Infantry Museum and Soldier Center Commemorative Coin Program and the 100th Infantry Battalion, the 442nd Regimental Combat Team, and the Military Intelligence Service Congressional Gold Medal.

The following are the tweets posted by Donald Scarinci, one of the committee members. Note: some tweet-necessitated abbreviations have been expanded from his original text.

Mint showed us a cool thing. Can’t talk about it though. There is change here. Slow, but change.

Rick Meir receiving the CCAC service award. This is his last meeting. We will all miss him.

Eric Jansen now being sworn in as a new member of the CCAC. Dan Shaver, Mint Counsel, is administering the oath.

Gary Marks has been reappointed to another 4 year term and as chairman of the CCAC for another year–outstanding decision & our good fortune.

Commission on Fine Arts supported #3 Obverse and #7 Reverse. I just spoke in support of obverse 10 & the use of silhouette to communicate universality. 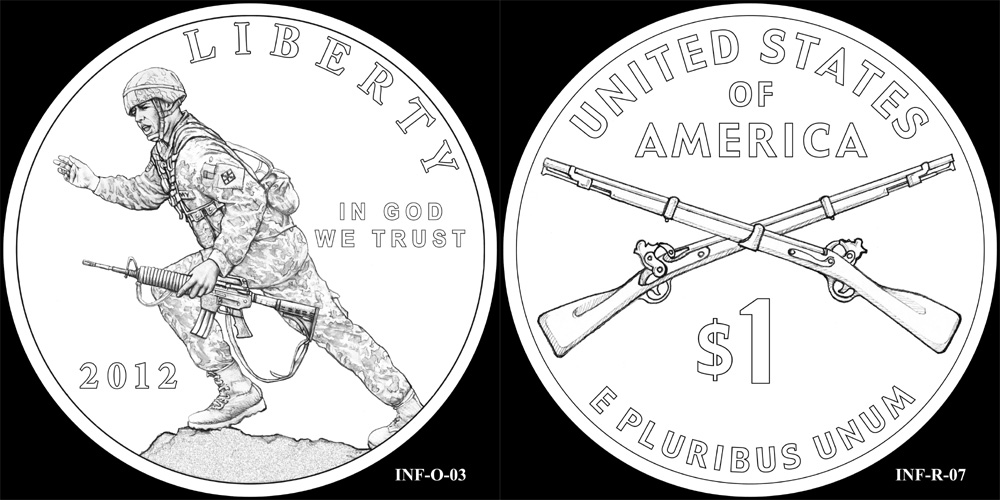 Having Don Everhart, US Mint Chief Engraver, attend & speak adds a lot to the deliberations. Mint didn’t encourage this before CCAC report! 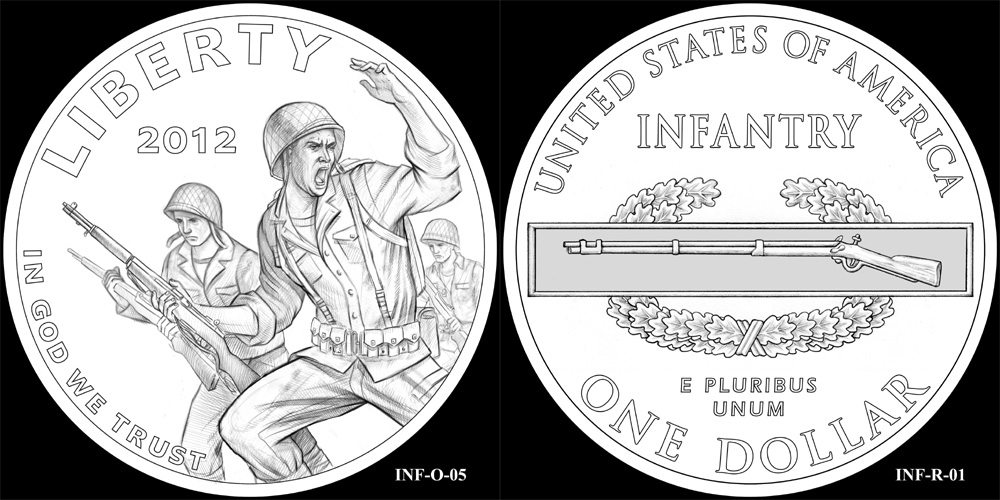 One of the vets is now personally discussing Battalion 442 & why they support these designs. Amazing moment at CCAC now–living history!

Just told by US Mint staff that the Commission on Fine Arts recommended obverse 3 & reverse 3. 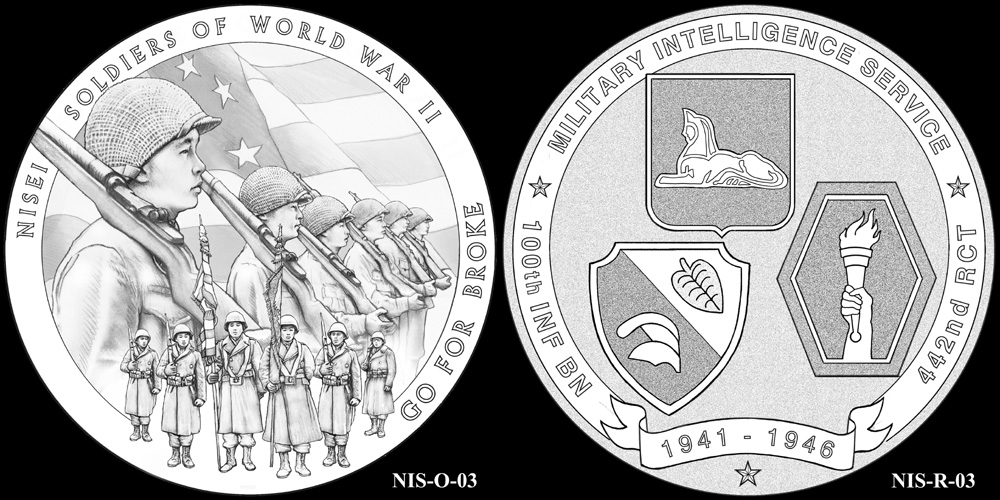 Discussion on narrative for the 2013 native American $1 restated concerns that America not re-cast history on these coins.

Critical & accurate quote from Justice Marshall added back to the narrative of the 2013 coin unanimously by Mike Ross’ motion. Truth wins!

Once complete information is available, Coin Update will have more detailed coverage of the CCAC’s discussions and design recommendations.