The Citizens Coinage Advisory Committee met in Washington, D.C., on November 19th, 2010, to discuss the designs for the 2011 First Spouse Gold Coins and Medals. As part of the Presidential Dollar commemorative series, the U.S. Mint is authorized to produce half-ounce gold coins and bronze medals bearing the likenesses of the First Ladies for each President, or a rendition of Liberty for those Presidents who were not married during their term in office.

The first set of designs were for Eliza Johnson, the wife of President Andrew Johnson. The committee saw the obverse designs for this coin and medal in July 2010, but as Kaarina Budow of the U.S. Mint put it, it is important that the designs for the observe and reverse “pair together well.” The 8 newly prepared reverse designs for the gold coin were then presented by Ms. Budow. 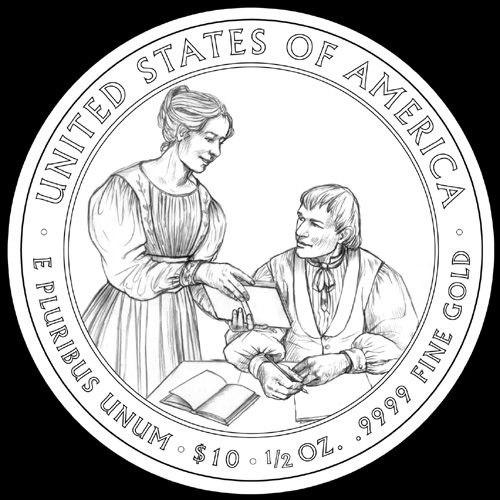 Heidi Wastweet was first to comment, and indicated she would abstain from voting on the obverses, as there were two designs from different artists that were “essentially exactly the same.” Of the reverse designs, she spoke of her appreciation of taking the committee’s comments into mind, but did not see much improvement, finding them “very pedestrian.” Only in design 7 did Ms. Wastweet find Mrs. Johnson in “an active role,” and noted her preference for that design. Michael Brown, attending via telephone, was next; he said he “didn’t have any strong views” of the obverse designs, but would probably vote for the first one. Of the reverse designs, he found the seventh “most appealing.” 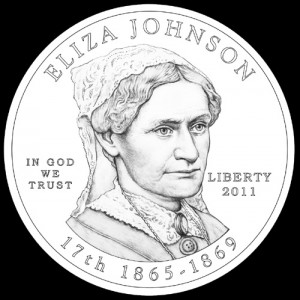 Mike Ross followed, who also liked obverse design 1 more than the others, as to him, Mrs. Johnson looked “increasingly glum” in the subsequent designs. Regarding the reverse designs, he spoke of his appreciation of Ms. Wastweet’s comments on design 7, but said he saw a lot of similarities in President Johnson’s image in designs 4, 5, and 7. He stated he would “go with four and five” as those reverse designs clearly identified President Johnson. Rick Meier also commented on the similarities in the obverse designs, compared them to “splitting hairs,” but indicated he would vote for design 1. The first reverse design was also Mr. Meier’s preference, as it focused on the niche of caring for children and did not have President Johnson accompanying his wife.

Donald Scarinci broke with the pack, and commented positively for obverse design 2, calling it “sultry.” Mr. Scarinci echoed Mr. Meier’s comments regarding having President Johnson in the designs: “this series is about a spouse, not about the husband.” That said, he called out design 1 as being “about as busy as you can be” with five different figures in the design, but said he would probably go with that design, “if I go for them at all.”

After the initial comments, Ms. Wastweet reminded the committee that they were to judge the design, not the drawings. She also expressed her feelings about the future First Lady educating the future President, stating that was “more significant than the fact that she had a party for some children.” Rick Meier also had further comments, pointing out the juxtaposition of Eliza over Andrew in reverse design 7, “a teacher/pupil kind of thing.” He expressed a preference of design 8 over 7, as the former showed the two more equally. 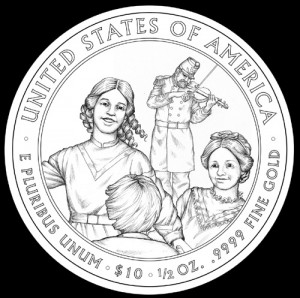 Chairman Marks also added that the committee has been asking for symbolism and allegory, so having a design that does not include the First Lady, but rather used the symbolism of children. He also mentioned the opportunity they had to “honor a First Lady separate from her husband” for something she had done as an individual. Roger Burdette continued on Chairman Marks’ comments, stating that reverse design 3 would be a “starting point” to achieve the symbolism that would appeal to everybody.

After all comments were made, the committee members voted on the designs for the Eliza Johnson First Spouse Coin and Medal. For the obverse designs, the first received 14 points out of a possible 21, far exceeding the remaining four designs, which received 3, 2, 4, and 2 points, respectively. Of the eight reverse designs, the third was the committee’s favorite with 15 points out of a possible 24. The first two designs were given 6 and 0 points, and designs 4 through 8 received 5, 2, 0, 3, and 1 points.

Editor’s Note: After this article was written, the US Mint announced the selection of obverse design 2 and reverse design 3. 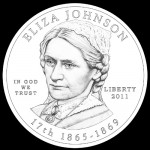 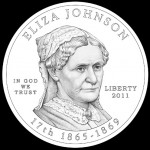 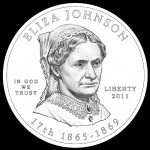 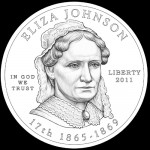 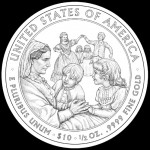 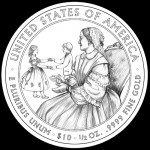 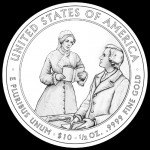 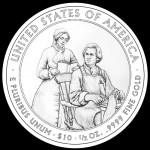 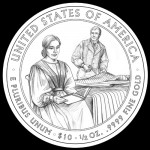 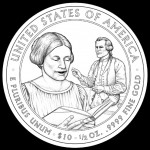