During the first day of a two day meeting held from January 27-28, 2015, the Citizens Coinage Advisory Committee (CCAC) reviewed and discussed design candidates provided by the United States Mint for the 2015 High Relief Gold Coin and Silver Medal. These design candidates had previously been discussed by the Commission of Fine Arts (CFA) during a meeting held on January 22, 2015.

April Stafford of the United States Mint began the discussion by explaining the that the high relief gold coin with a placeholder denomination of $75 would be issued following the success of the 2009 Ultra High Relief Double Eagle. A silver medal bearing the same design less some of the inscriptions would also be issued. The obverse design shared by both the gold coin and silver medal would feature a modern rendition of Liberty while the reverse would feature a modern rendition of an eagle.

Ms. Stafford introduced the 25 different obverse and 16 different reverse design candidates prepared by Mint artists and briefly explained some of the symbols and elements present within the designs. The recommendations offered in the previous week by the Commission of Fine Arts were also indicated. The CFA had recommended designs 3 and 11 for the obverse and designs 1 and 10 for the reverse. The complete set of design candidate images can be found here.

Before the Citizens Coinage Advisory Committee began discussing the design candidates, a series of six motions were introduced dealing with specific aspects of the coin and medal.

All six motions were unanimously approved by the members of the CCAC.

As committee members shared their impressions of the various candidates, a single option for the obverse and reverse quickly emerged as frontrunners. Following the completion of the discussion phase, the CCAC’s voting process affirmed these two candidates as the official recommendations. For the first time in history, both the recommended obverse and reverse received the highest possible score of 30 points. 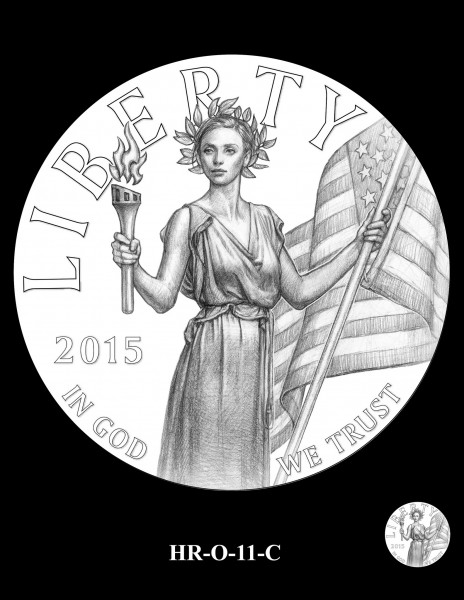 The CCAC recommended design candidate 11 for the obverse. A motion was introduced and passed unanimously to move the position of the motto “In God We Trust” beneath the date, horizontally stacked in two lines. 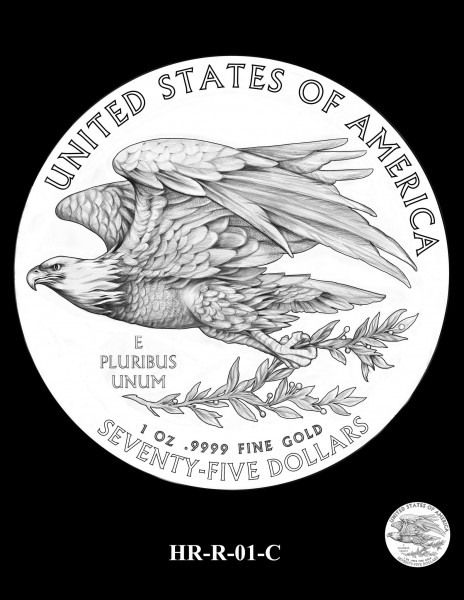 The CCAC recommended design 1 for the reverse. A motion was introduced and passed unanimously to trim the size of the olive branch held in the eagle’s talons.

Taking into consideration the recommendations of both the CFA and CCAC, the authority to select the final designs for the gold coin and silver medal rest with the Secretary of the Treasury. The United States Mint has not yet provided a time frame for the release of the coin and medal, although both are included on the 2015 product schedule.