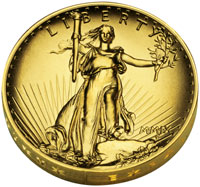 The Citizens Coinage Advisory Committee met on January 19th, 2011, in Washington, D.C. to review and consider the draft report, “A Blueprint for Advancing Artistic Creativity and Excellence in United States Coins and Medals,” from their subcommittee which was formed as part of outgoing U.S. Mint Director Edmund Moy’s initiative to “spark a Neo-Renaissance of coin design and achieve a new level of design excellence.” They also discussed the preparation of the CCAC 2010 Annual Report.

The following are Donald Scarinci’s live tweets from the meeting:

Discussing the 2010 annual report and possible commemorative coin programs that we recommend. Law requires CCAC to do this.

My resolution passed to authorize CCAC Chairman Marks to meet with US Postal Board of Governors to explore doing a joint issue stamp & coin.

Resolution for 2015 Commemorative for the 25th Amendment.

Gary Marks is now introducing the report, “A Blueprint for Advancing Artistic Creativity and Excellence in United States Coins & Medals.”

Gary [Marks], Roger [Burdette], Heidi [Wastweet], Mike Olson & I were on the subcommittee since June (2010) studying the problem with our coin design process.

Recommendation (2): Create an environment for the artists that fosters excellence in coin design & elevate the status of the artists.

No more “trace & bake,” the Artist’s term that refers to what they have been told to do–create ONLY using the materials they are given.

Recommendation (3): CCAC & CFA must be brought into the design process before designs are presented for final review–end rubber stamping.

Just spoke about the report & called for the liberation of the artists to be artists, create art & not just trace pretty pictures in metal.

The CFA’s critiques leading to their May, 2010 letter about the lack of artistic merit of US Coin designs was a catalyst to this report.

CCAC has unanimously adopted the subcommittee report. This is the most important action the CCAC has ever taken in its history.

Two Corrections: Mike Olson was not on the subcommittee & CCAC recommended a 2015 commemorative celebrating adoption of the 13th Amendment.

The most historically significant meeting the CCAC has ever had is now adjourned. The “Blueprint” in now a CCAC report & it is public.

This reporter hopes that these recommendations are received and acted upon by the Mint. At the last meeting I attended, I pulled up the web page for the Denali National Park and showed members of the CCAC that the picture on that page exactly matches the artwork provided as a candidate for that site’s America the Beautiful Quarter. This is the type of “trace & bake” that hopefully will not continue in the future.