The Citizens Coinage Advisory Committee (CCAC) met in Washington, D.C. today to discuss possible reverses for the 2017 and 2018 Native American $1 Coin. The 2017 design features Sequoyah, remembered for translating Cherokee into a written language in the early 19th century. In 2018, the reverse of the Native American dollar will celebrate Jim Thorpe, the 20th century Olympic gold medalist and professional football, baseball, and basketball player.

The recommended 2017 design bears an illustration of Sequoyah creating his syllabary, or letter system, for the Cherokee language. 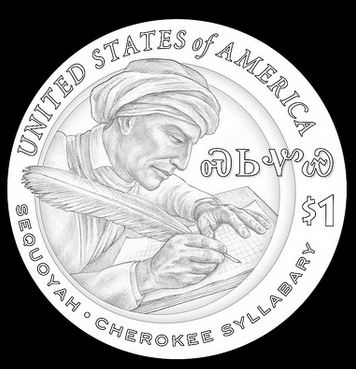 The recommended 2018 design features an image of Jim Thorpe preparing to play football, with a background silhouette of Chief Black Hawk, the 19th century leader of the Sauk and Fox Nation to which Thorpe belonged. 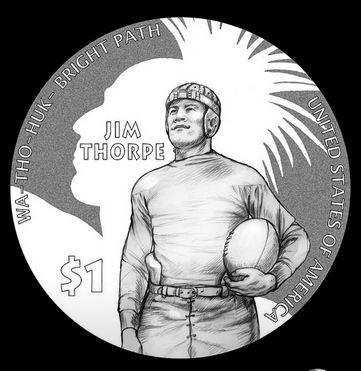 Though members of the CCAC chose these designs are their favorites, they recommended several small adjustments to both reverses. Members agreed, for instance, that they’d prefer it if U.S. Mint artists would make Jim Thorpe’s image slightly larger and situated closer to the center of the design.

Tomorrow, the CCAC will decide on recommendations for 2017 America the Beautiful program designs, finalists for which you can peruse here. From more information on the Citizens Coinage Advisory Committee, please visit its Web Site.