April Stafford of the U.S. Mint opened the meeting with some background information. As a result of the success of the 2009 Ultra High Relief Double Eagle Gold Coin, the Mint is considering production of a 2015 24 karat Gold Ultra High Relief Coin. The CCAC had previously recommended a new reverse design for the American Silver Eagle, a change which the Mint will not pursue. However, they are instead considering showcasing the recommended design as the reverse of the potential 2015 Ultra High Relief Gold Coin. A new modern rendition of Liberty would be featured on the obverse of the coin. In order to make the coin accessible to a range of collectors, a silver medal would also be struck carrying the same design. 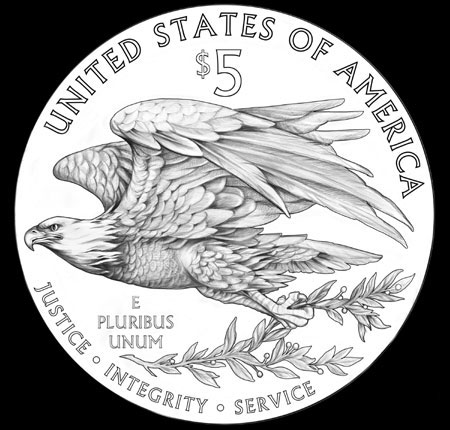 Chairman Marks opened the discussion with some history of Ultra High Relief coins, starting with the failed attempts of creating a Saint Gaudens double eagle in 1907. It was described as less of an attempt to make a coin for the market, and more of a test of what the Mint was capable of producing at the time. He then fast-forwarded to the 2009 Ultra High Relief coin, which the chairman described as the ‘neo-renaissance’ that then-Mint director Ed Moy spoke of at the 2007 FIDEM conference in Colorado Springs. He said he sees the 2009 UHR coin and the possibility of a 2015 UHR as bridging between two eras of American coinage.

Mr. Hoge simply stated he was in favor of the concept.

Ms. Wastweet was interested in learning which artists would be able to submit designs; the Mint representatives responded that as this was still at the concept stage, the discussions that would decide that had not yet occurred. She emphasized that she wanted to see a wide variety of artists.

Dr. Bugeja was hopeful that this type of program may bring in bullion collectors into the field of the most artistic elements of the numismatic world.

Ms. Stevens-Sollman asked where the coins would be struck; much like the earlier question from Ms. Wastweet, the Mint representatives responded that it was too early in the process to make commitments, but West Point for the gold coins and Philadelphia for the silver coins were mentioned as possibilities.

Chairman Marks used his time to focus on the design ideas. He wanted to stress the similarity to the double eagle coin from the late 19th- and early 20th Century, but wanted to make sure the designs that are composed by the artists would be creative and modern. He was also not necessitating that Liberty be standing, as she is depicted in the Saint Gaudens coins as well the American Gold Eagles and American Silver Eagles. He expressed hope that the artist that created the design the committee recommended in April would be part of this new effort. 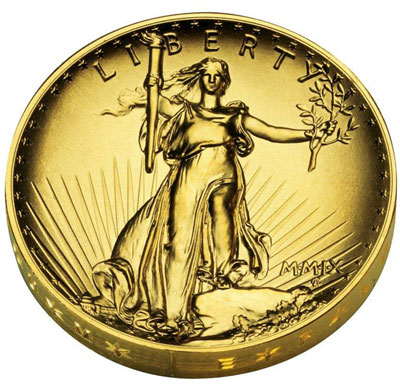 Mr. Jansen spoke highly of the Mint’s aim to make affordable products that can be purchased by a larger segment of the country. He suggested possibly pairing the silver coin from this program with a standard American Silver Eagle, possibly at a slight discount. In reference to the 2009 UHR, he had been disappointed in the edge lettering, and was hopeful that more attention will be paid this time. Last, he threw a suggestion of creating a common nickname, possibly called “Liberties” for U.S. gold and silver coins, as well as foresaw public comment for future designs. 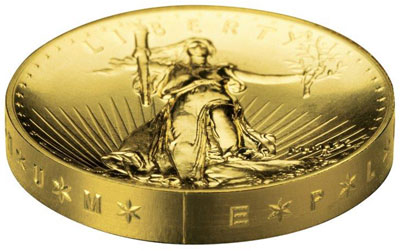 Mr. Uram said the program was a “great idea”, He also mentioned that 2016 will be the 30th anniversary of the American Silver Eagle; these coins could possibly be tied in.

Ms. Lannin indicated she was intrigued by the concept of a “Liberty” series, and as an owner of a 2009 UHR, she was puzzled by some anatomical inconsistencies with the representation of Liberty, and hopeful for a more-accurate depiction.

Mr. Scarinci called this meeting a historic initiative by the Mint, a fulfillment of the promise then-Director Moy made at the 2007 FIDEM conference, a promise yet to be fully realized. He complimented the Mint artists, stating that the committee has been “seeing some good art, good American art”, and saw energy amongst the artists in their designs. He noted that he vision and leadership of this program “is nurturing and encouraging the artists”, an outcome that was hoped for as an effect from the publishing of the Blueprint in 2011. He saw this meeting as “a point of demarcation”, and saw these coins as the perfect format to allow the artists to consider symbols and images of Liberty for the 21st Century.

Mr. Moran saw this program as a “home run”, as well as a “pivot point for the Mint”, setting a benchmark for future Mints. He was cautious about pushing the level of relief too far, preferring a Very High Relief rather than an Ultra High Relief. He recounted the attempt of transferring the 2009 UHR design onto a $5 planchet, all of which ended up in the melting pot; the $20 planchet size would, in his opinion, provide “more room to work, more flexibility”, as well as being approximately the same size as the American Silver Eagle planchet. He ended his time by mentioning that a bronze version could be added to the gold and silver.

Chairman Marks closed the discussion by asking that a balance be struck between a high degree of relief with the issues with a full-size double eagle planchet, then deferred to Mr. Scarinci the senior member of the committee, to make the motion to endorse and support the Ultra High Relief Gold Coin paired with a matching silver coin. The motion was made, then seconded by Ms. Stevens-Sollman. The committee approved the motion with a 10-0 unanimous vote.