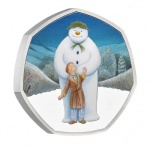 The Royal Mint has launched (5th November) new holiday-themed collector coins in time for the gift-giving season. For the second year, one of the country’s favourite characters, the Snowman, features on 50-pence coins and in various options — including a silver Proof colour design. This release follows the fantastic response to the Snowman’s debut appearance […] 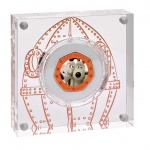 The Royal Mint has launched (29th October) new coins celebrating the 30th anniversary since the creation of the lovable clay-made characters, Wallace & Gromit. Ever since the short film entitled A Grand Day Out was first screened on British television in 1989, Wallace — a good-natured, eccentric, and Wensleydale cheese-loving inventor — along with his […] 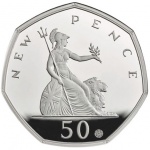 The Royal Mint has released (24th September) new commemorative coins which celebrate the 50th anniversary of the first issue of the country’s still distinctive and now iconic seven-sided 50-pence coins. As the United Kingdom revised their currency system in 1971 to adopt a decimal system, a new denomination was to emerge. A coin was proposed […] 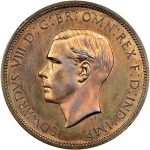 An exceptionally rare Pattern penny struck during the brief reign of King Edward VIII is set to be auctioned later in September. The coin, whose sale is to be arranged by Spink, London, is regarded as a “Pattern” and dated “1937,” was one of a tiny handful of trial coins that were quietly produced by […] 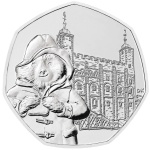 The Royal Mint has released (13th August) two new commemorative coins featuring one of the world’s most lovable children’s characters, Paddington Bear. Following up on the popularity of the 2018-dated 50-pence coins which saw Paddington visit his namesake train station and the guards outside Buckingham Palace, the latest coins depict Paddington’s adventures to two of […] 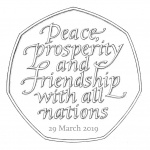 It has been reported that plans to mint a commemorative coin to mark the departure of the United Kingdom from the European Union have gained traction once again as Britain’s Finance Minister is understood to have scheduled production for the coins. Mainstream media in the UK has published information that British chancellor Sajid Javid has […] 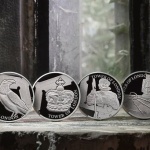 Today, (6th August) The Royal Mint officially launched the final coin in the 2019-dated Tower of London Collection and is entitled “The Ceremony of the Keys.” Following on from the Yeoman Warders, the Ceremony of the Keys coin follows on one of Britain’s most iconic heritage sites and celebrates a ritual that has taken place […] 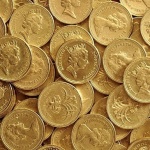 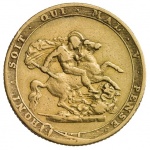 The Royal Mint has announced that after having acquired an exceedingly rare British gold sovereign coin, they will make it available to an interested collector by ballot. The coin in question, an 1819-dated George III sovereign, was first minted just two years after the initial issue of the country’s first gold coins since the great […] 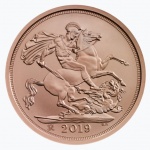