Embed from Getty Images Photo shows a commemorative five euro coin featuring a portrait of Belgian Nobel prize winner Francois Englert at the Royal Mint in Brussels on November 4, 2014. (THIERRY ROGE / AFP / Getty Images)  In the wake of the announcement that the Royal Mint of Belgium will cease minting and production […]

The Royal Belgian Mint have issued a new gold coin that pays homage to a young woman who is regarded as one of Belgium’s heroines. Gabrielle Petit (1893–1916) lost her life during the Great War as a spy for the British Secret Service. A Belgian woman, she was recruited by British intelligence to provide vital […] The Royal Mint of Belgium has issued two new coins in honor of the centennial anniversary of the breakthrough theory of relativity. Famed scientist Albert Einstein (1879–1955), a German-born theoretical physicist, proclaimed the discovery, which has been described as “the origins of the universe” and essentially resulted in the re-thinking of what was regarded as […] 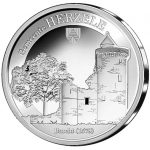 The Royal Belgian Mint has produced a special silver medal in honor of the the new mint master, Ingrid Van Herzele, and the new mintmark, which will be included on Royal Belgian Mint coins and medals during her tenure. A version of the medal is also struck in cupro-nickel. Previously employed at Belgium’s Department […]

The Royal Belgian Mint has issued a new silver coin remembering the centennial anniversary of a relief organization that aided much of the Belgian populace during the the country’s occupation by imperial German forces during the First World War. The Commission for Relief in Belgium was initiated by Herbert Hoover (1874 – 1964), an American mining […] The Royal Belgian Mint have issued a new silver coin to mark the 25th anniversary of the fall of the Berlin Wall which occurred unexpectedly on the night of the 9th November 1989. The fall of the wall is considered by many as the precursor to a first step towards a unified Europe – certainly […] 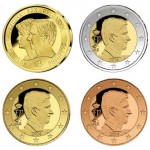 The Royal Mint of Belgium have launched the set of Euro coins which bear the effigy of their new King who succeeded to the Belgian throne upon the abdication of his father King Albert II on the 17th July of last year. The new portrait which will be used on circulation Euro coins depicts the […] 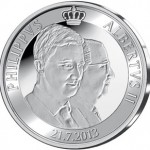 The Royal Belgian Mint has issued a new silver coin earlier this month to mark the occasion of the accession of HM King Philippe who succeeded his father King Albert II on Belgium’s National Day, the 21st August of this year. After a reign of twenty years, King Albert II announced earlier that month that […] On Belgium’s national day, King Albert II formally abdicated his throne in favor of his eldest son, Prince Philippe, the Duke of Brabant in front of representatives from the national parliament as well as the French, Flemish and Brussels assemblies. King Albert II, who has been Belgium’s king since August 1993 after succeeding his elder […]