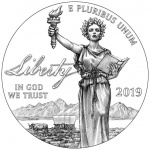 WASHINGTON – The United States Mint announced today that it is launching a three-year platinum Proof-coin series starting in 2018 and continuing through 2020. The three-year program, titled “Preamble to the Declaration of Independence Platinum Proof Coin Series,” will feature newly designed 1-ounce Proofs struck in 99.95 percent platinum. Since its inception in 1997, the […]

The Royal Mint have unveiled (2nd October) the new crown coins to mark the 70th (platinum) wedding anniversary of HM Queen Elizabeth II and HRH Prince Philip, the Duke of Edinburgh. The anniversary is unprecedented in the British Royal family, as no other sovereign or consort has ever achieved this milestone. The coins celebrate the day 70 […] 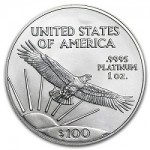