On November 30, the Mint of Finland offered a sneak preview of their new gold coin, which will be issued as part of the country’s national celebrations marking Finland’s centennial of independence. From next year, Finland will observe the country’s 100th anniversary of nationhood, which was gained after the fall of the Russian Empire during […]

On October 24, the Mint of Finland launched the latest coin in their current collector coin series focusing on the past presidents of the Finnish state. The series celebrates Finland’s centennial anniversary of independence next year. The latest coin in the series highlights the Republic’s fourth president, Kyösti Kallio (1873–1940), who served as president from […] 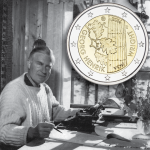 The year 2016 marks the centennial anniversary of birth of Georg Henrik von Wright (1916–2003), who is remembered as a liberal and diverse philosopher and scholar of Finnish society. The Mint of Finland is celebrating the centennial of von Wright’s birth with a new €2 coin, to be released on October 17. Born in Helsinki during […] 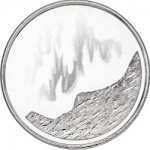 The Mint of Finland has unveiled (August 29) their 2016-dated Christmas Mint Set which includes a festive medal in celebration of the holiday season. The medal highlights the Northern Lights, or Aurora Borealis, one of nature’s most extraordinary phenomena. The Northern Lights occur naturally and are seen mostly in the northernmost hemisphere of the planet, over the Arctic region. […]

The Mint of Finland’s third coin in its popular and historically appealing “Presidents of Finland” series features the country’s third President, Pehr Evind Svinhufvud af Qvalstad (1861 – 1944), who served as Finland’s head of state from 1931 to 1937. Svinhufvud has the distinction of being the only nobleman elected to the presidency, as well as being […]

The Mint of Finland’s latest contribution to the EUROPA Star numismatic program will feature Alvar Aalto (1898 – 1976), the famed Finnish architect, designer, sculptor, and painter. This year’s theme of the EUROPA series focuses on modern 20th century design and how those who have contributed in this arena have impacted our lives and mode of living. Aalto […]

The Mint of Finland has announced the launch of a new series of coins dedicated to the nation’s presidency and to the men and women who have occupied the position. Since Finland’s independence in 1917, there have been a total of twelve serving presidents who until 1994 were elected by parliamentary referendum rather than a […]

The Mint of Finland has announced that they have presented special collector coins to members of the country’s junior hockey team following the team’s recent victory in the World Junior Hockey championships. Finland’s team, the Young Lions, won the World Under-20 ice hockey championships in Helsinki on Tuesday with a gripping 4-3 victory over Russia. Finland […]

The Mint of Finland has announced the issue of two new coins featuring one of the country’s most well-known and loved confectioners, Karl Fazer (1866 – 1932), on the 150th anniversary of his birth. Finns and visitors to this Nordic land will know the name of Fazer and the many products that this brand produces, […]