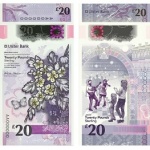 The Ulster Bank, a subsidiary of National Westminster Bank Plc., has issued (14th October) the latest £20 denomination which is part of their new “Living in Nature” family of banknotes which sees this denomination now printed on polymer. With the introduction of the new series, all three Ulster Bank denominations underwent a change in design which […]

The Central Bank of Ireland has announced (6th November) that they will release their latest collector coins which is part of the series entitled “Modern Irish Musicians” that launched last year. The new silver Proof coins feature the singer Phil Lynott (1949–1986) and coincide with the 70th anniversary of his birth. Born in the West […]

On behalf of the Minister for Finance, the Central Bank of Ireland has issued (10th July) €15 silver Proof coins to mark the centenary anniversary of transatlantic aviation. It was on the 15th June 1919 that John Alcock and Arthur Brown landed their Vickers Vimy airplane in a bog near Clifden County, Galway. However, the […]

The Central Bank of Ireland has announced (13th June) the sale of the 2019-dated mint set whose theme this year is the centenary anniversary of the first assembly of the Irish Parliament, or “Dáil Éireann,” which occurred for the first time on the 21st January 1919. Governance of the new nation began on the 21st […] 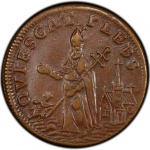 In preparation for the upcoming 73rd edition of the Guide Book of United States Coins, which is expected to draw increased attention to foreign coins that were used in Colonial America, I thumbed through the Colonial Issues section of the 4th edition of Mega Red and came across something both interesting and festive. If you […]

The Ulster Bank Plc, a subsidiary of the Royal Bank of Scotland has released (27th February) two of their new denominations which are launched as part of a new family of vertically designed banknotes entitled “Living in Nature,” Initially unveiled in May 2018, the new banknotes carry the date 12 APRIL 2018 along with the […]

The Central Bank of Ireland unveiled (31st December) the design for their upcoming commemorative €2 coin issue, which, this year was issued in celebration of the establishment of the Irish Parliament (or Dial), which assembled for the first time on the 21st January 1919. The Dáil Éireann (Assembly of Ireland) was the pre-independent, unicameral parliament of the Irish Republic that was established from 1919 to […] 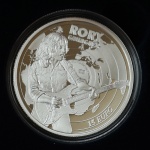 The Central Bank of Ireland has officially unveiled and launched their new silver collector coins which feature singer Rory Gallagher (1948–1995) that are the first in a three-coin series entitled “Modern Irish Musicians.” The coin commemorates the world-renowned musician with an image of Rory Gallagher playing the guitar against a backdrop of a vinyl record over […]

The Central Bank of Ireland has unveiled (18th July) the design of their upcoming collector coin which is the first in a numismatic series entitled “Modern Irish Musicians.” The series begins with coins honouring the talent of musician Rory Gallagher (1948–1995) and also remembers what would have been his 70th birthday. Born on the 2nd March […]