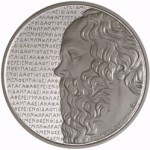 The Bank of Greece has issued (12th November) a new collector’s coin which pays tribute to one of the world’s most noted and quoted philosophers emerging from the ancient world, Socrates – Σωκράτης (c. 469 – 399 BC). Considered by scholars throughout recorded history as one of the premier founders of modern Western philosophy, the […] 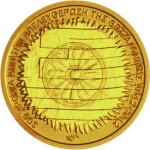 The Bank of Greece has issued (5th November) a commemorative coin which marks the centennial anniversary of the restoration of the southern region of Macedonia and the city of Thessalonika to Greek sovereignty and union within the Modern Greek state. Thessalonika, a city rich in Hellenic culture & heritage has a recorded history which spans […] 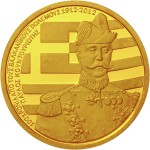 The Bank of Greece have issued (5th November) a new gold collector’s coin to mark one of the most historic and decisive battles fought in Modern Greek history. Known as the First Balkan War, which began in October 1912, it saw the armies of Greece, Serbia, Montenegro, and Bulgaria fighting against forces of the Ottoman […]