The Royal Canadian Mint have announced the release of their latest coin within their on-going series “Legacy of the Canadian Nickel” featuring a reverse design in the history of the nickel 5 cent coin which was first issued in Canada in 1920.

Before the issue of the 5 cents nickel coin, the denomination was a smaller version of the 10 cent coin, though it was considered too small & impractical for many Canadians so the decision was made to issue this value as a larger coin, similar to those in the United States and also in many other countries who abandoned the small 1 ¼ gram silver piece. Since its issue, there have been six distinctive reverse designs, this design was issued in 1967 when Canada was celebrating their centennial of Confederation. An entire series of coins with commemorative reverse designs was issued and the 5 cent nickel was no exception. 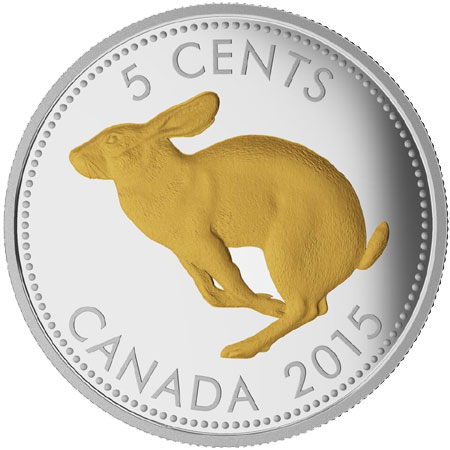 The rabbit made its appearance for one year – with the beaver, originally introduced in 1937 returning to its exalted place on Canadian coinage from 1968 onwards. 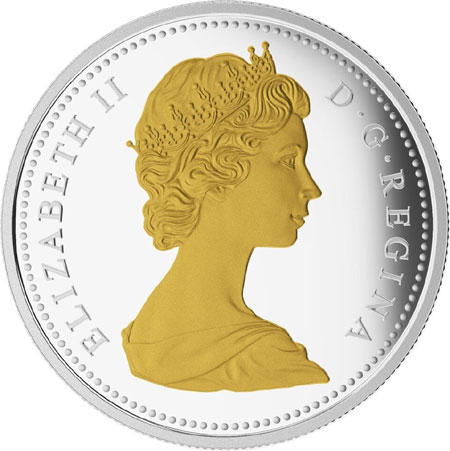 The obverse includes the iconic image of HM Queen Elizabeth II as designed by Arnold Machin, this elegant effigy was introduced onto Canadian Coinage in 1965 and was eventually replaced by the portrait of the Queen designed by Canada’s own Dora DePedery Hunt in 1987.

The coin, the fifth in the series is available by subscription – the six-coin set which includes a custom designed presentation case will be completed later this year with the issue of the beaver design. Previous designs released earlier are the crossed maple bough appearing on the silver coin (1908) Two Maple Leaves (1920), The Victory (1945) and The Identification of Nickel (1951)