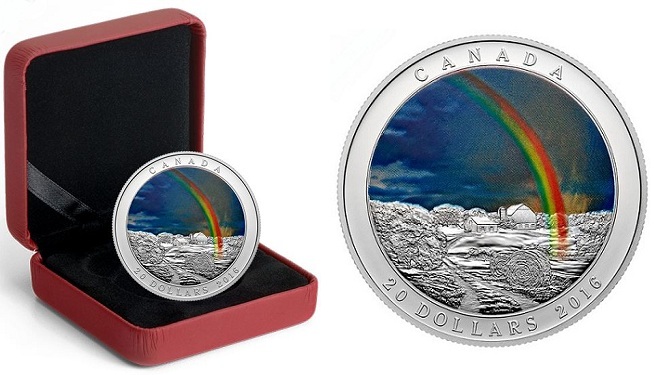 The Royal Canadian Mint has issued a new coin highlighting an admired weather phenomenon that has inspired tales and legends of luck and prosperity. Rainbows have often been “followed” in myth as they were said to lead to pots of gold for the lucky finder. However, the technical causes of this natural occurrence are as fascinating as its legendary meaning and beauty.

To put it simply, a rainbow is an arch of colors caused by the refraction and dispersion of the sun’s light by rain or other water droplets in the atmosphere. The colors of the rainbow are generally said to be red, orange, yellow, green, blue, indigo, and violet. 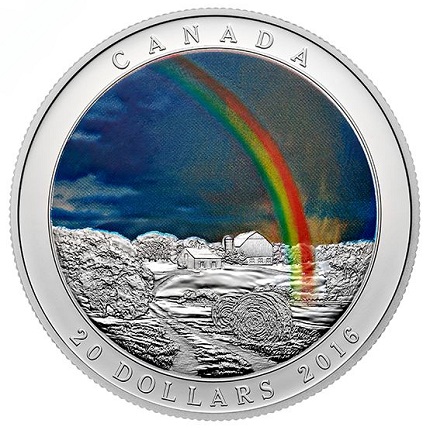 The coin is designed by Canadian artist Tony Bianco and incorporates innovative color technology and various finishing techniques to portray a brilliant rainbow. The design depicts rolling hills in the background; a farmhouse and barn sit atop a gentle slope where a road leads to two round bales in the foreground. The eye is drawn to the multi-colored arc that descends from the storm clouds above. The combination of diffused technology and vivid paint adds a subtle transparent quality to the rainbow’s colors and to the faint glow above it as the rain tapers off. 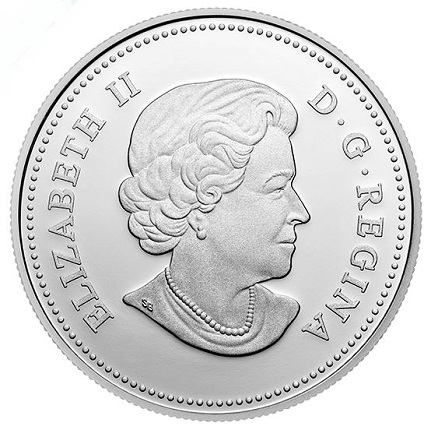 The obverse includes an effigy of HM Queen Elizabeth II as designed by Susanna Blunt, which has been used on many Canadian collector coins and all circulation issues since 2002.

More than 98% of the coin’s mintage has already been sold. It is available in-store and on-line; for more information on this and other coins offered by the Royal Canadian Mint, please visit their Web site. International orders will be dispatched where applicable.