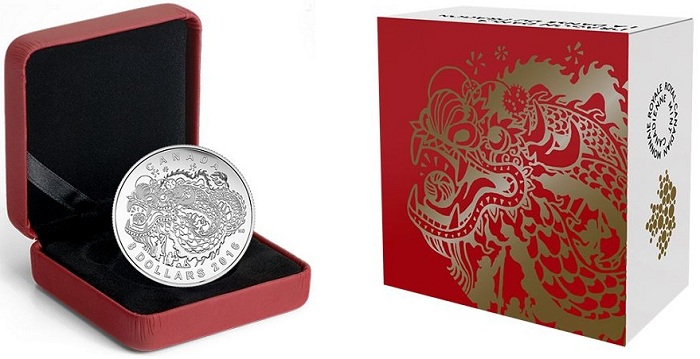 The Royal Canadian Mint has issued the 2016 Dragon Dance Fine Silver Coin in celebration of the Chinese New Year, which kicked off on Monday, February 8. The coin is composed of 7.96 grams of 99.99% silver with a matte Proof finish and a mintage limit of 20,000 pieces. It is available for $29.95 CAD. 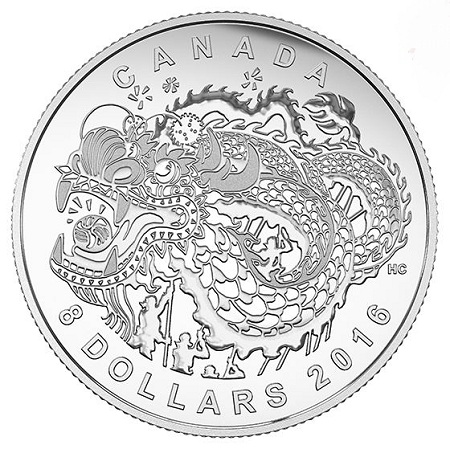 The reverse of the coin was designed by Harvey Chan and features an image of a traditional Chinese dragon controlled by puppeteers, whose silhouettes are seen near the bottom of the design. A pearl of wisdom is placed in the dragon’s open mouth. Longer dragons are traditionally seen as luckier than shorter ones, and the abundant folds of this dragon’s tail connote wealth and prosperity. Inscribed along the rim of the coin are CANADA, 8 DOLLARS, and 2016. 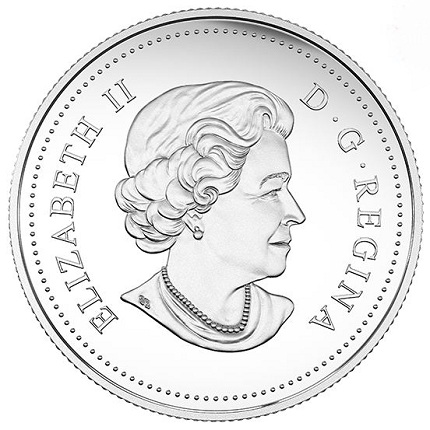 The obverse features Susanna Blunt’s portrait of Queen Elizabeth II, with ELIZABETH II and D.G. REGINA (short for Dei Gratia Regina, or “By the grace of God, Queen”) inscribed in the field.

Chinese New Year, also known as Spring Festival, signals a time of rebirth and traditionally begins a time of looking ahead with optimism toward the upcoming planting season. For information on the 2016 Dragon Dance Fine Silver Coin, please visit the Web site of the Royal Canadian Mint.