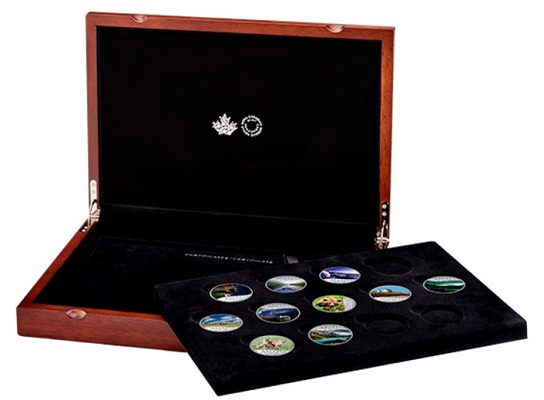 As the country prepares to mark this historic milestone, the R.C.M. will partner with Canadian Geographic for a 13-coin series celebrating the incredible diversity and beauty of Canada. Each coin is inspired by a photograph from the magazine, reproduced in color on pure silver. Representing the nation’s ten provinces and three territories, each issue will depict Canadian wildlife or a notable landmark.

The first coin in the series pays homage to both the province of Ontario and to the reverse side on the Canadian dollar coin. The coin’s reverse image features the common loon, an everyday sight in many rivers and ponds in the Northeast province. The beloved bird was included on a new circulation-type dollar coin in 1987, which is now colloquially referred to as the “loonie.” 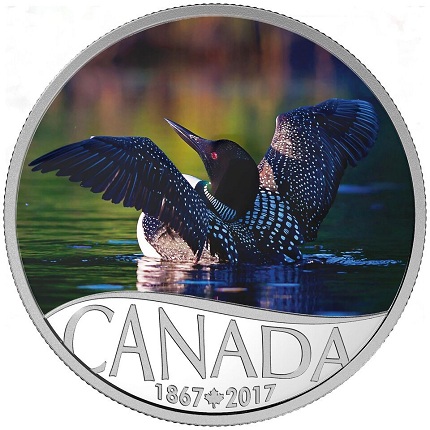 The application of vibrant color recreates the life-like qualities of the original photograph and captures the loon in fine detail, from its checker plumage to the unique black-and-white collar beneath its jet-black head. The reverse also features the engraved word CANADA and the dates 1867-2017 to commemorate the 150th anniversary of Confederation. 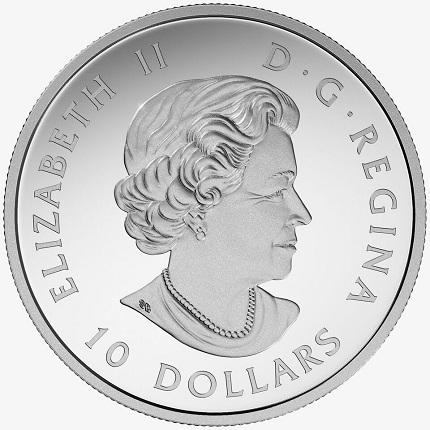 The obverse side includes the effigy of HM Queen Elizabeth II as designed by Canadian artist Susanna Blunt, which had been used on all Canadian circulation coins and many commemorative issues since 2003.

After this first issue, the Royal Canadian Mint will continue the series with twelve more coins released monthly; they will include:

The series is available as a subscription to Canadian and US addresses only. For more information on these and other coins offered by the Royal Canadian Mint, please visit its Web site.