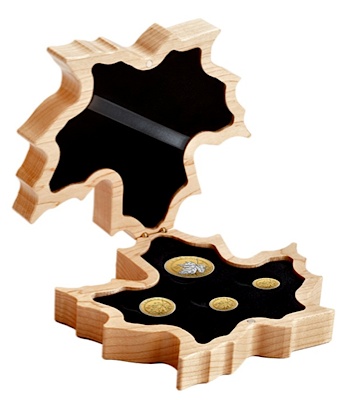 The Royal Canadian Mint has issued a new set of gold coins marking Canada’s upcoming anniversary of confederation, which will mark the country’s 150th year of nationhood with a year-long celebration in 2017.

On July 1, 1867, the Dominion of Canada–including British North America, New Brunswick, Nova Scotia, and the Province of Canada (which was divided into Ontario and Quebec) — was established as a self-governing constitutional monarchy, with the British sovereign as head of state. Today, Canada consists of ten provinces and three territories including Northwest, Yukon, and the latest established territory, Nunavut. 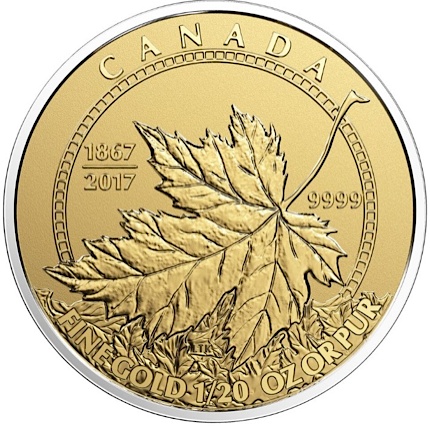 The “1867 – 2017” dual-dated coins in this fractional gold set are designed by Canadian artist Lisa Thomson-Khan and are enhanced with platinum plating, a first for the Royal Canadian Mint. Each coin in this four-piece set is selectively plated with platinum along its rim, and features a leaf from the red maple tree falling onto a bed of leaves. 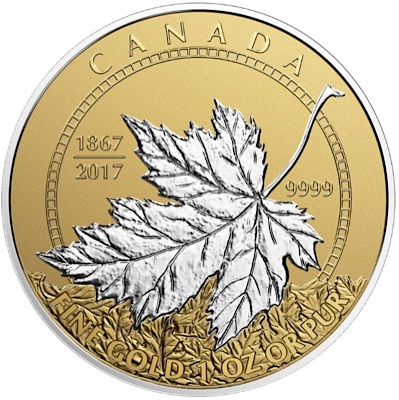 The set culminates with a platinum-plated leaf on the one-ounce coin. The first-time application of platinum plating creates a pleasing contrast against the gold background, while adding an shine to the leaf on the 1-oz. coin and to the rim of each coin. The reverse on all four coins also include the engraved word, CANADA, the commemorative dates, 1867-2017, and the purity. 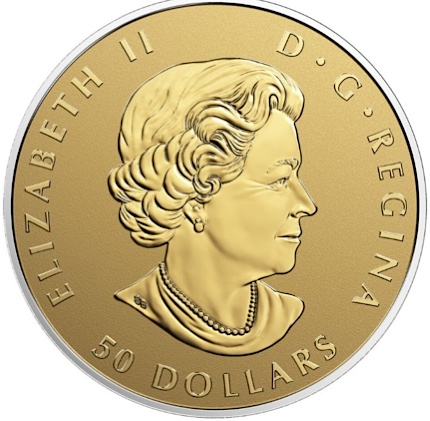 The obverse features the coin’s face value and the effigy of Her Majesty Queen Elizabeth designed by Susanna Blunt.

Each coin is encapsulated and presented in a Royal Canadian Mint-branded custom leaf-shaped maple wood case. The set of four coins will be made available for collectors internationally. For more information on these and other coins offered by the Royal Canadian Mint, please visit their Web site.