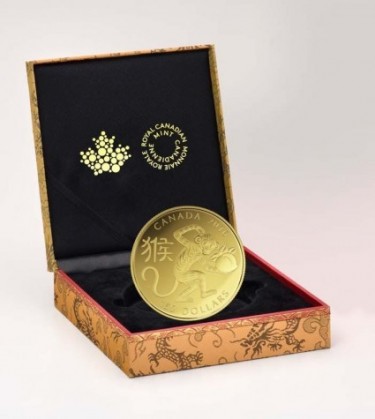 The Royal Canadian Mint has officially launched their 2016-dated gold coin highlighting the next lunar year, the Year of the Monkey. The lunar Year of the Monkey is part of an ancient series of Chinese zodiac symbols that include twelve mythical and real animals. Each animal ascribes different characteristics to those born during its years.

The monkey ranks ninth of the 12 animals in the zodiac; also included are six domesticated animals: the ox, horse, goat, rooster, pig, and dog. The other six animals are the rat, tiger, rabbit, dragon, snake, and monkey, which are admired for their traits or appearance. Each animal has symbolic meanings given to it by Chinese folklore. These animal attributes comes in six contrasting pairs that must be harmonized, and are the primary factor governing the order of the zodiac. Those born under the sign of the monkey are said to have the life attribute of changeability, in accordance with the saying, “Changeability without being constant leads to foolishness.” 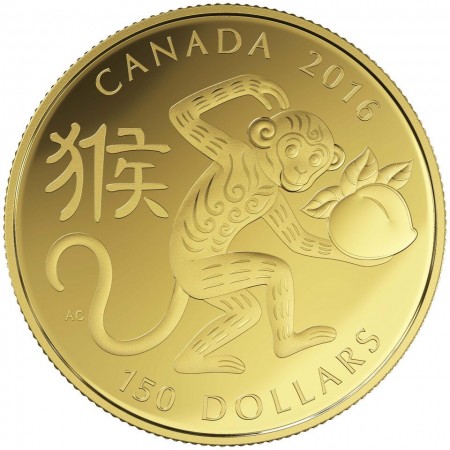 The lunar calendar has 12 or 13 months, and commences somewhere between January 21st and February 20th of the Western calendar. As the Chinese zodiac recurs every 12 years, your animal year will come around when you are 12, 24, 36, 48, 60, 72, etc. For those born in the Year of the Monkey, this was most recently 2004, 1992, 1980 or 1968. Aside from the attribute of changeability, those born in the Year of the Monkey may be described as witty and intelligent, with magnetic personalities. Personality traits like mischievousness, curiosity, and cleverness can also make those associated with the Year of the Monkey very naughty. Monkeys are considered to be playful and fond of practical jokes, and their pranks sometimes hurt the feelings of others even when they have no bad intentions. 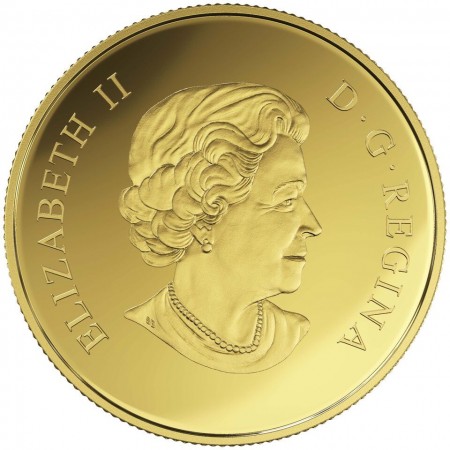 The coin, designed by artist Aries Cheung, depicts a mischievous and playful monkey, capturing the true essence of the animal’s character. The denomination appears on the reverse with the year of issue. The obverse includes the familiar effigy of Queen Elizabeth II designed by Canadian artist Susanna Blunt and used on most Canadian coinage since 2003.

This is the 7th in this series of 12 coins in total. The coin is housed in a gold colored satin-like covered case with a custom red sleeve, and is also available in the Royal Canadian Mint’s retail shops. For more information on this and other coins offered by the Royal Canadian Mint, please visit their Web site.