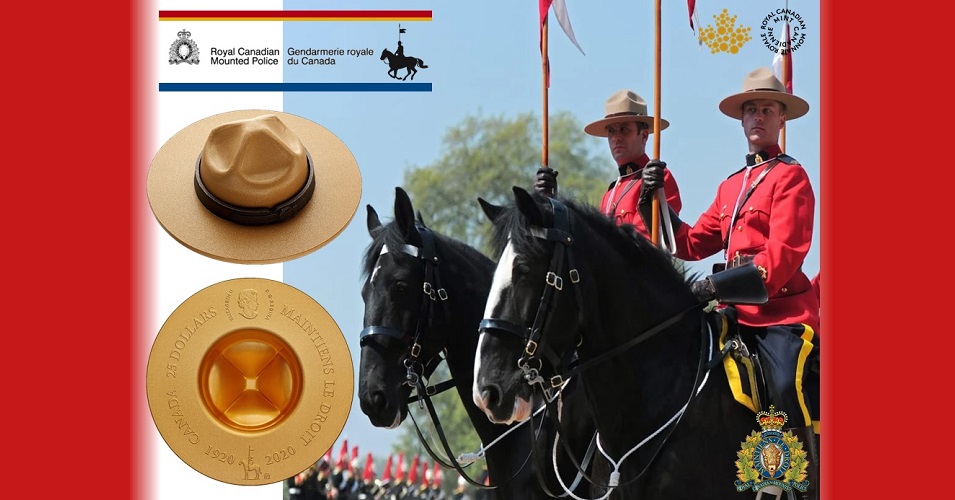 The Royal Canadian Mint has released new collector coins which pay tribute to the centenary anniversary of the Royal Canadian Mounted Police by focusing on one of their more attributes — the legendary RCMP hat. Postponed from a 2020 release date, last year was a commemorative one for the Mounties as it marked 100 years since the Royal North-West Mounted Police was renamed the Royal Canadian Mounted Police and who assumed federal policing responsibilities. The idea of a mounted force was first conceived by Canada’s first prime minister, Sir John A. Macdonald, who envisaged a permanent force to patrol Canada’s newly acquired Northwest Territories, purchased by the Dominion of Canada from the Hudson’s Bay Company.

The North-West Mounted Police (NWMP) was officially founded in 1873, and, in 1904, the force added the prefix “Royal” to its name when it merged with the Dominion Police, the main police force for all points east of the province of Manitoba. Finally, in 1920, it was renamed the “Royal Canadian Mounted Police,” a reference that remains today. On the 4th July 1973, the centenary anniversary of the founding of the original police force (the NWMP), Queen Elizabeth II approved a new badge for the RCMP, which includes the image of a North American bison and the motto “MAINTIENS LE DROIT.” 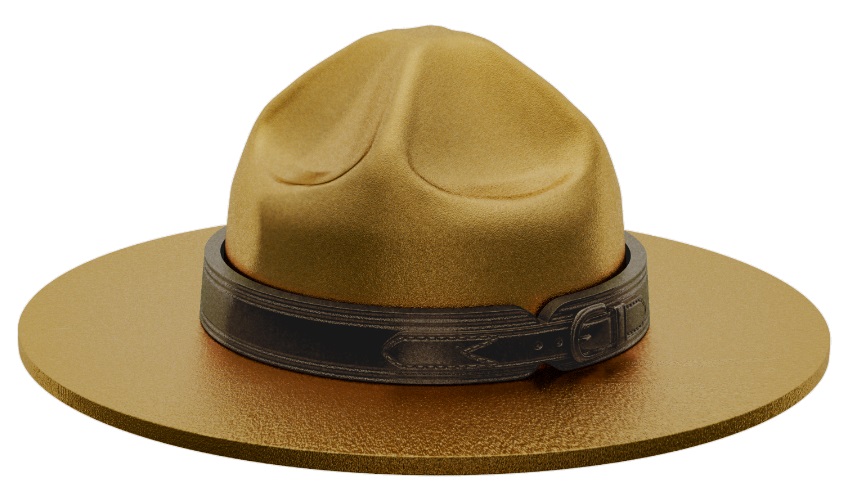 However, the now-iconic brown felt hat so synonymous with the Mounties, as they are colloquially known, did not become part of the standard uniform until 1904, the same year their name was officially changed. Designed and manufactured by the John B. Stetson Company in the U.S., they were later exclusively manufactured in Canada at their location in Brockville, Ontario, when Stetson opened their first manufacturing plant outside of the U.S. in 1935. Today, the wide-brimmed hat is instantly recognisable, and, along with the RCMP’s famous Red Serge tunic, has become part of the country’s identity both inside and outside Canada’s borders. Looking ahead to 2023, the Royal Canadian Mounted Police will be celebrating 150 years as Canada’s national police service along with its distinctive history and the many milestones that have made the organization what it is today. 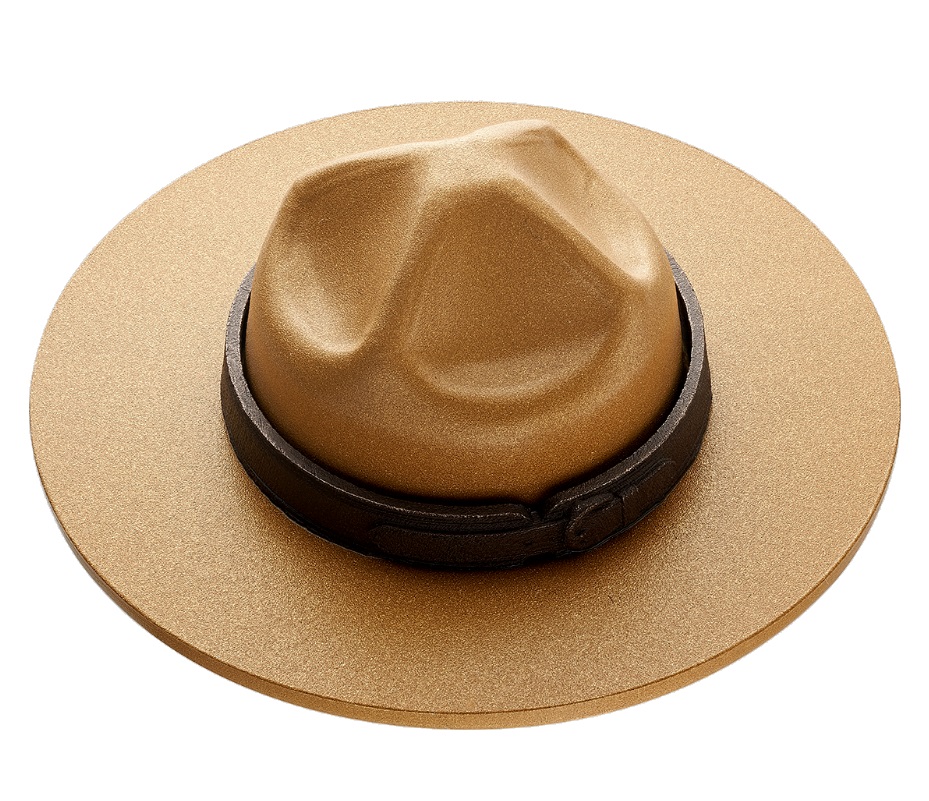 As part of the celebrations, the Royal Canadian Mint has engineered a never-before-seen 3-D coin shaped as an RCMP hat, complete with its characteristic “Montana crease.” Beneath the gold plating on the reverse, a special frosting captures the look of the hat’s felt material while brown-gold plating — also a first, colours the bronze band. Looking under the wide brim, the RCMP motto and the RCMP rider from the mint’s 2020 two-ounce silver bullion coin can be clearly seen. This gold-plated coin is engineered as a pure silver 3-D replica of the Royal Canadian Mounted Police uniform hat. The reverse is a top view of the iconic hat and its Montana peak crown. For an added touch of authenticity, a special frosting beneath the gold plating on the reverse mimics the textured look of felt while the leather band is re-created using a brown-gold surface plating technique — the first time this process has been used on a Canadian coin. 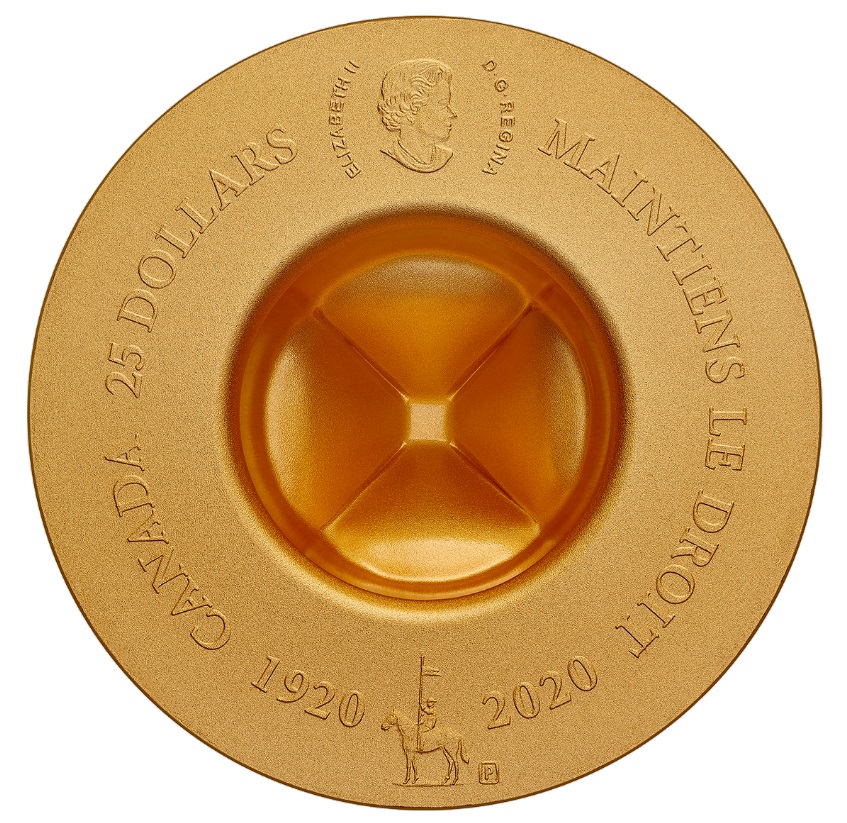 On the obverse, the RCMP motto MAINTIENS LE DROIT (“Defending the Law”) is engraved on the brim along with the commemorative dates 1920 – 2020 to mark 100 years since the organisation was renamed the Royal Canadian Mounted Police and took on its federal policing mandate. The obverse also includes the word CANADA, the face value 25 DOLLARS, and a miniature version of the RCMP rider featured on the Royal Canadian Mint’s 2020 two-ounce bullion coin seen on the lower half. The effigy of Her Majesty Queen Elizabeth II created by Susanna Blunt can be seen along the upper half. 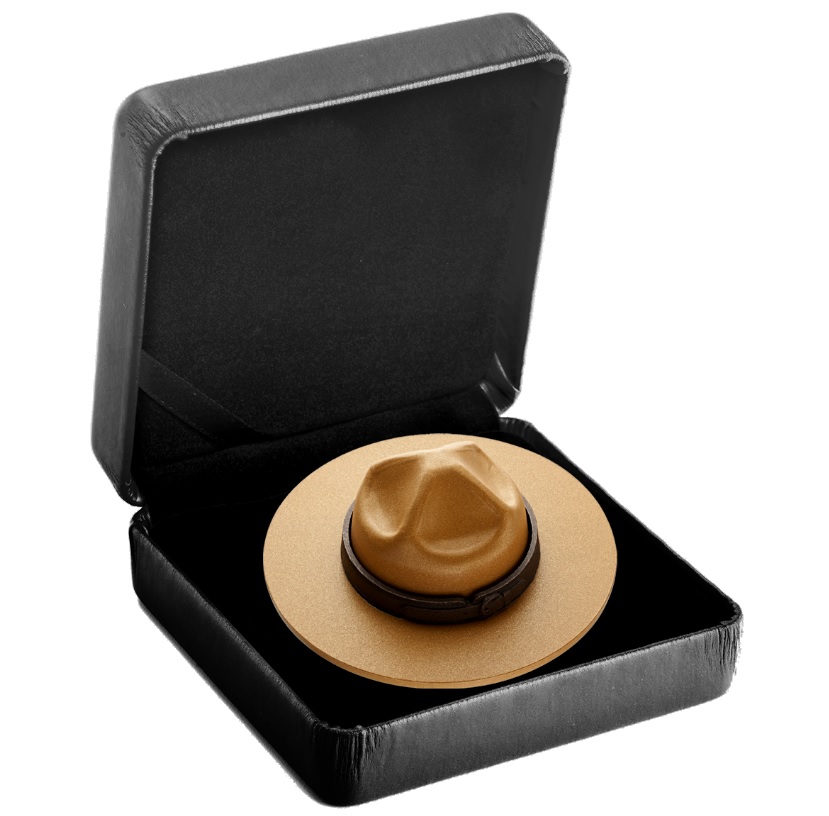 Similar to the 2018 Lest We Forget helmet-shaped coin, this RCMP tribute piece comes in a custom-shaped capsule and clamshell insert that was specially designed to protect and view the coin. Each coin is also accompanied by a numbered certificate of authenticity. For additional information, please click here.