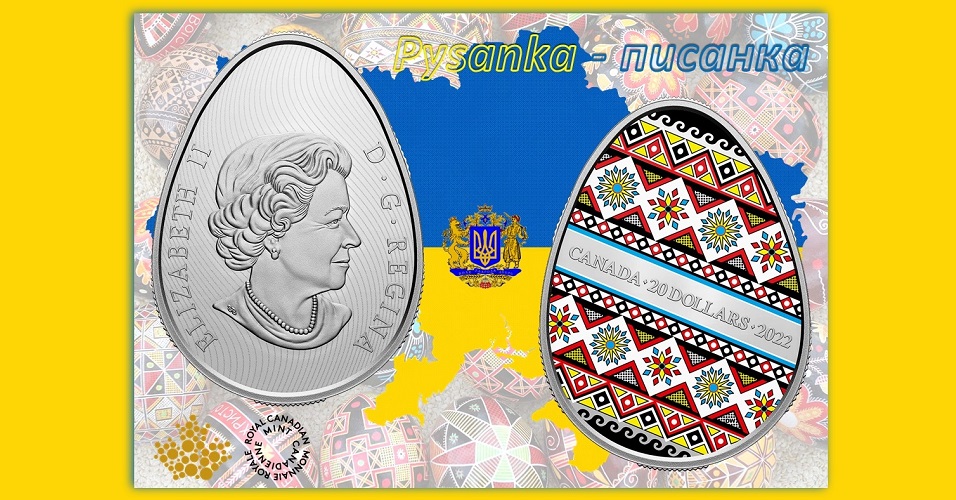 The Royal Canadian Mint has released (8th March) their annual and anticipated Pysanka Easter egg-themed coins. Now for the seventh year, these egg-shaped coins feature the traditional and ornate patterns found on Easter eggs abundantly found in Ukraine and many other Central and Eastern European ethnic groups. Every design is unique and tells a story, with its individual, colourful, and unique patterns, the tradition actually dates back to the pre-Christian era.

With the emigration of many Eastern Europeans to North America over the last two centuries, the tradition travelled with the people, notably Ukrainians who settled in Canada, and it is of course at this time, just before both the Ukrainian Orthodox and Ukrainian Catholic Easter, where the eggs abound in both numbers and bright, vivid colours. 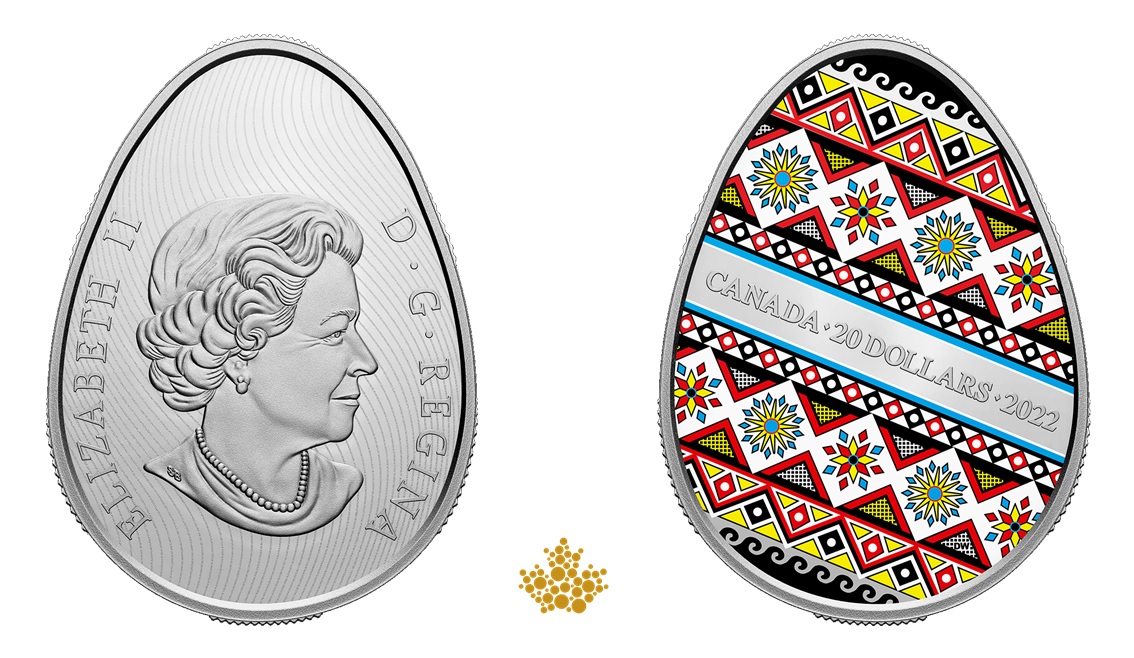 The egg-shaped silver proof quality coins’ reverse is designed by Canadian artist Dave Wasylyshen. The centre band features the word CANADA, the denomination of 20 DOLLARS, and the year 2022. The obverse features the effigy of Her Majesty Queen Elizabeth II by Susanna Blunt.

Available from both the Royal Canadian Mint and reliable RCM distribution partners internationally, each coin is encapsulated to accommodate its egg shape and is presented in a Royal Canadian Mint-branded custom case and is accompanied by a numbered certificate of authenticity. For additional information, please click here.

France — Ukraine: Monnaie de Paris honours the people of Ukraine in the face of aggression and invasion