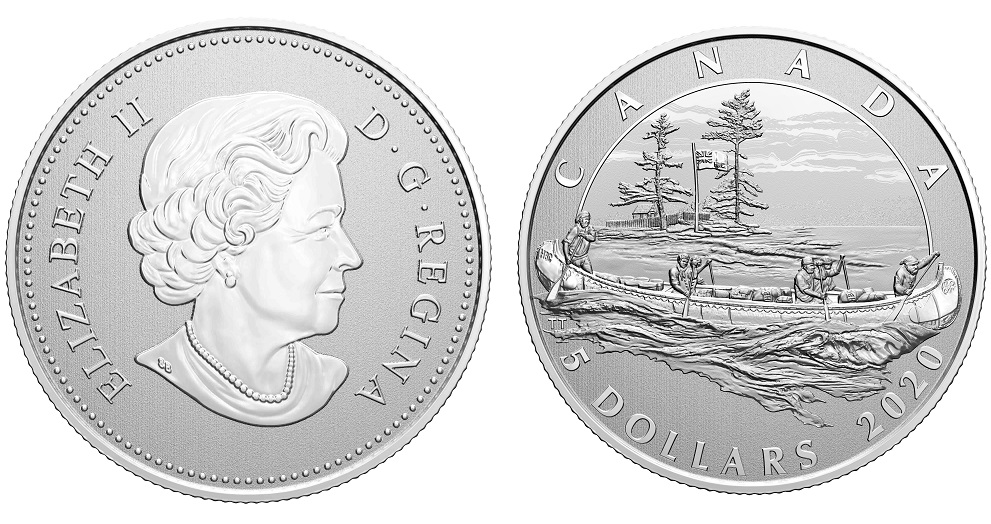 The Royal Canadian Mint has released new silver collector coins which mark the 350th anniversary of one of Canada’s oldest and historic commercial operations. Signed by King Charles II on the 2nd May 1670, the Royal Charter which founded the Hudson’s Bay Company has been preserved at HBC’s corporate headquarters in Toronto. The charter granted exclusive trading rights to the governor and Company of Adventurers of England trading into Hudson Bay. Prince Rupert of the Rhine (1619–1682), a nephew of King Charles I, was appointed the first governor of the company by his cousin the king. As the original entity has survived into a commercially successful endeavour, Hudson’s Bay Company (HBC) is now Canada’s oldest continuously trading company. Partnerships with indigenous Canadians, the Inuit and Métis, led to its success during the fur trade era. 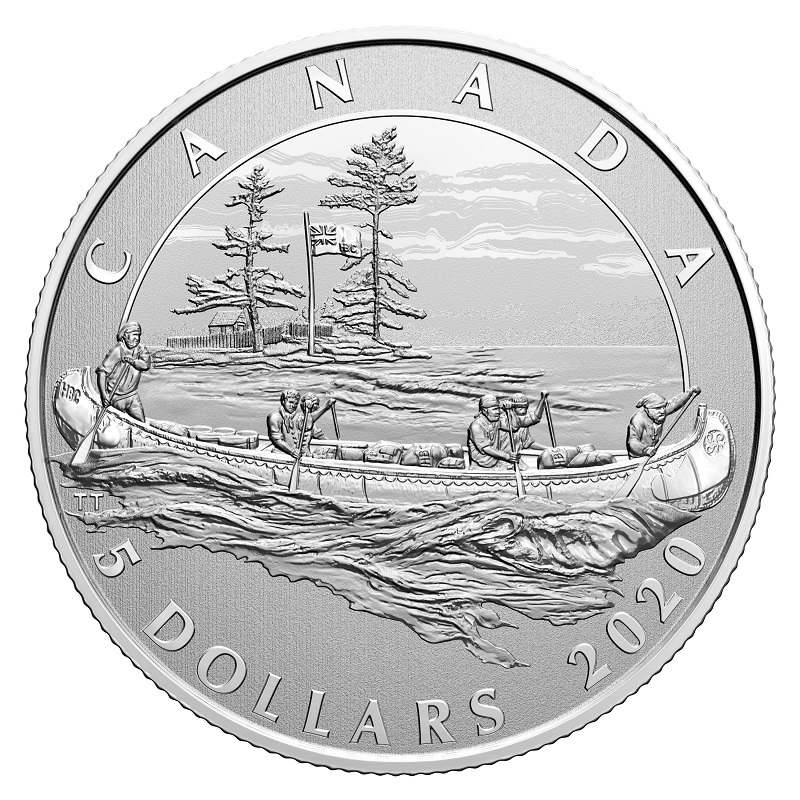 The reverse was designed by Canadian artist Trevor Tennant, which is inspired by the Voyageur dollar introduced in 1935 and created by Emanuel Hahn. The engraved image features six explorers paddling a canoe in rough waters after exchanging goods at the Hudson’s Bay Company trading post, which appears behind the pine trees in the distance. The reverse also includes the word CANADA placed above the primary design while the face value 5 DOLLARS and the year 2020 are inscribed below. The arched text CANADA, date 2020, and maple leaves are the unifying features of this series. This design format will be included on all four coins. 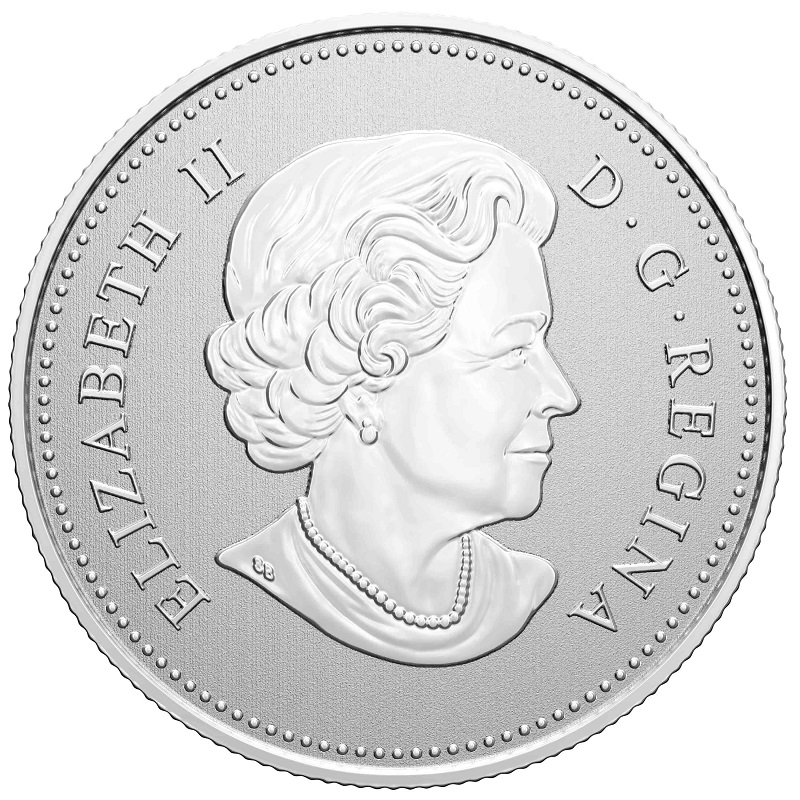 Each coin is presented in a colourful blister-pak type folder which includes narrative information in English and French, as well as images on the history of the Hudson’s Bay Company. The first coin in the year-long series was in celebration of 100 years of the RCMP as Canada’s National Police Force. The third and fourth coins are scheduled for release in October and December, respectively. For additional information about this coin and others available from the Royal Canadian Mint, please visit their website.