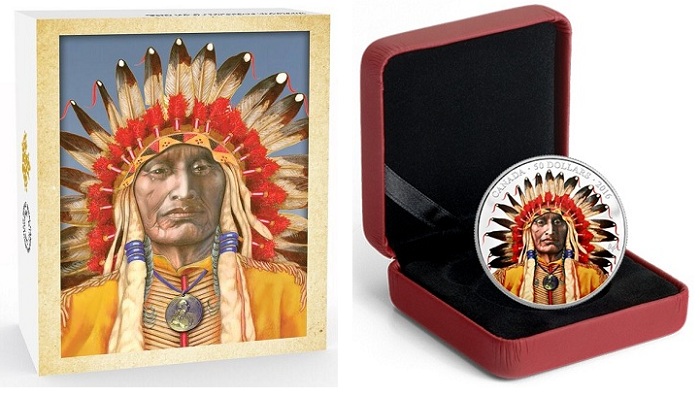 The Royal Canadian Mint has issued a new five-ounce silver coin that remembers an important advocate for the rights of indigenous peoples in North America. Wanduta, a Sioux Valley Dakota Chief, is featured on a coin that reminds us that equality under the law has, for many communities, been hard-won over the years and decades.

Wanduta gained attention following an 1895 amendment to Canada’s Indian Act, Section 114, which criminalized many aboriginal ceremonies. This resulted in the arrest and conviction of numerous aboriginal people for practicing their basic traditions. These arrests were based solely on participation in festivals, dances, and ceremonies that involved the wounding of animals or humans, or — more significantly — the giving away of money or goods. The Dakota people, also known as the Sioux, who settled in Oak River, Manitoba in 1875, were known to conduct “give-away dances,” also known as the “grass dance.” The dance ceremony involved the giving away and exchange of blankets and horses; as a consequence, it breached said Section 114 of the Indian Act.

In 1902, organizers of the annual summer fair in Rapid City, Manitoba, had arranged for a presentation of a ceremonial dance by the Sioux Valley Dakota Nation of the Oak River area. A tribal elder of the Dakota Community named Wanduta, also known as Red Arrow, traveled to Ottawa to protest the federal government’s restrictive policies. He returned to host the give-away dance in Rapid City and, as a result, was sentenced to four months of imprisonment and hard labor on January 26, 1903. Native American “give-away dances” were ceremonies more commonly known as potlatches that connected entire communities politically, economically, and socially. As such, these dances affirmed kinship ties, provided elders with opportunities to pass on insight, legends, and history to the next generation, and were regarded as a core part of aboriginal resistance to assimilation with settlers. 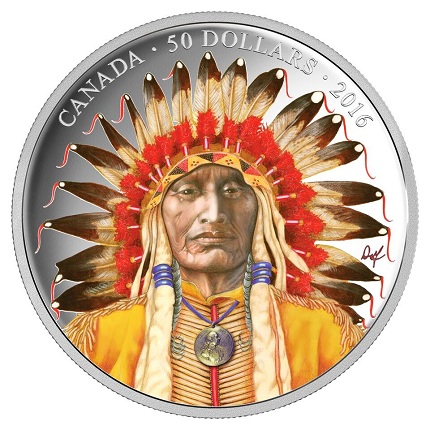 Attempts to secure clemency proved futile as Wanduta served his entire sentence, but he remained undeterred. He continued his spiritual practices after his release and in doing so cemented his reputation as a heyoka — a respected member of sacred Dakota societies — who was revered for his abilities to help his people. Today, he is remembered for his efforts to keep tradition alive.

It is estimated that between 1900 and 1904, 50 aboriginal people were arrested and 20 were convicted for their involvement in such dances and practices. It wasn’t until 1951 that the Indian Act was amended to allow religious ceremonies, including the right to resume the “give-away dance” without fear of arrest and prosecution. By 2002, over 20 major amendments had been made to the original act.

The coin is designed by Canadian artist Darlene Gait and features a full-face color portrait of Wanduta (Red Arrow), the Sioux Valley Dakota Chief who defended the community’s ceremonial dance rites when such activities were prohibited under the Indian Act. The full application of color over the engraving captures the complexities of Wanduta’s traditional regalia, circa 1913. Finely detailed engraving adds texture to the eagle feathers that adorn the full headdress, as well as the colored beads that are woven in a geometric design on the headband above Wanduta’s brow. 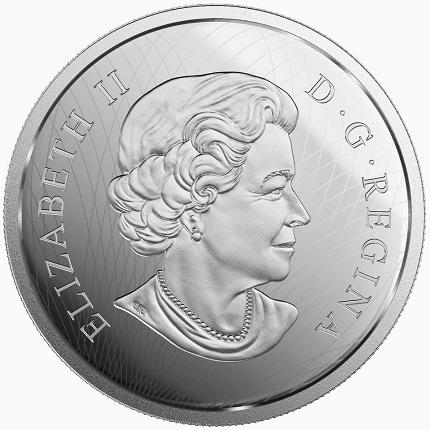 The obverse includes an effigy of HM Queen Elizabeth II as designed by Susanna Blunt, which has been used on all Canadian circulation coins and most commemorative issues since 2003.

The coin is encapsulated and presented in a maroon clamshell case with a protective cover box. Available in Canada and the US only, the coin is also available at selected RCM retail shops. For more information on this and other coins offered by the Royal Canadian Mint, please visit their Web site.