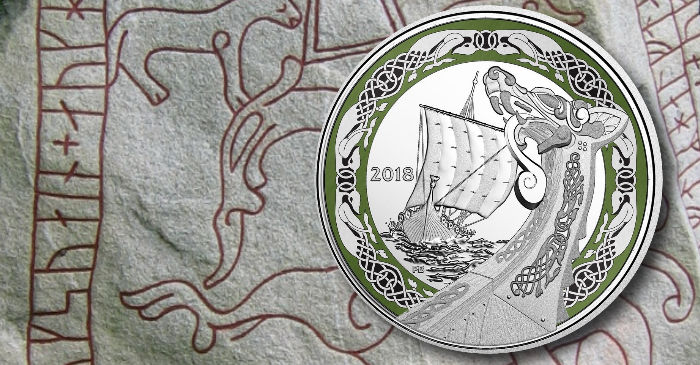 The Royal Canadian Mint have released a new silver coin which revisits the long historic ties of Viking exploration in North America more than a thousand years ago. The coin launches a new series that revisits the Viking Age, a time when the naval expertise of Norse seafarers left an imprint on history wherever their ships came ashore, including Canada’s east coast.

The maps of the earlier Viking explorers, those who claimed to have visited a vast “Green-land” — as well as a lesser island made of ice — were compared to later explorers who mapped out the region as a land of “Green and Ice.” These were discovered to, in fact, be labelled deliberately opposite to fend off settlers from other lands. The same early explorers also claimed to have found a vast territory which may have been referred to as “Vinland,” describing a land covered in vines and shrubbery. Today, we know these maps were referencing the island of Newfoundland, and their explorations constitute an early chapter in Canadian history — one that was recently uncovered in the 1960’s with clear proof of their having set foot on what we now know as North America. These Viking visitors appeared a millennium ago when a Norse encampment was established on the site of L’Anse aux Meadows, Newfoundland, which is now a UNESCO World Heritage Site and the only authenticated Viking settlement in North America.

A warship fit for rulers and chieftains, the dragon-headed longship (or Drakkar, which was the French name for these longships) was the great ship of the Viking Age and the embodiment of the Norsemen’s superior shipbuilding abilities. This troop carrier was the largest vessel in the fleet but was remarkably light and swift for its time. While a small draft allowed it to enter shallow waterways, the dreki, an old Norse word for “dragon,” could either cross the seas under sail or was powered by oars during hit-and-run raids that caused fear as soon as its infamous figurehead appeared. For the superstitious Vikings, the elaborately carved dragonhead on the prow was a talisman to keep sea monsters and evil spirits at bay. 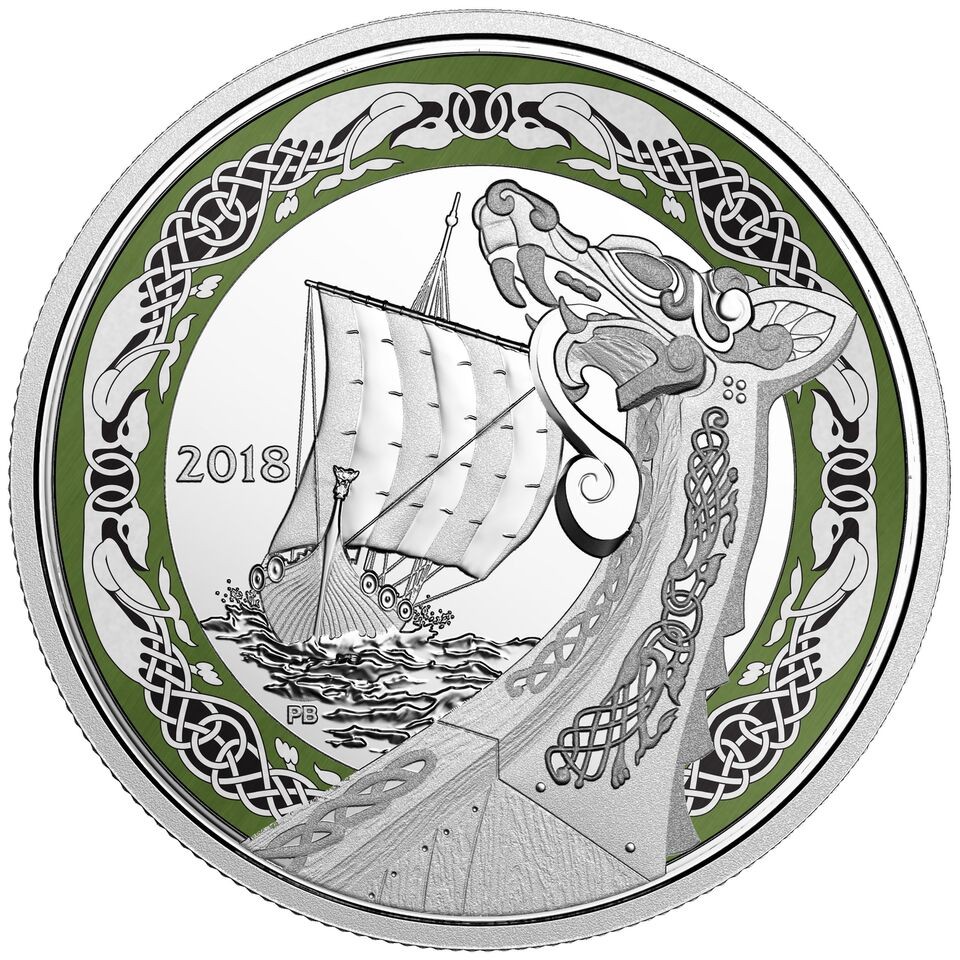 The reverse side of the coin is designed by Patrick Belanger and presents an artistic rendering of the dragon-headed long ship which was regarded as a symbol of Viking power and strength. The background features a precisely engraved depiction of the wooden vessel in open waters, where the wind fills its square sail and propels it forward during a long-distance journey. A troop carrier fit for rulers and chieftains, this ornate long ship is equipped with shields while its curved bow rises up towards a dragonhead prow ornament, whose purpose was to ward off evil spirits and sea monsters. Selective colour over engraving emphasises the elaborate nature of the carved figurehead in the foreground, which offers a magnified view of this feature that gave the Norse vessel its name and added to the ship’s imposing appearance. The side view of the figurehead overlaps a green-coloured frame inspired by Norse art elements, including traditional knot-work with an integrated gripping beast motif that also adorns the Norse figurehead. 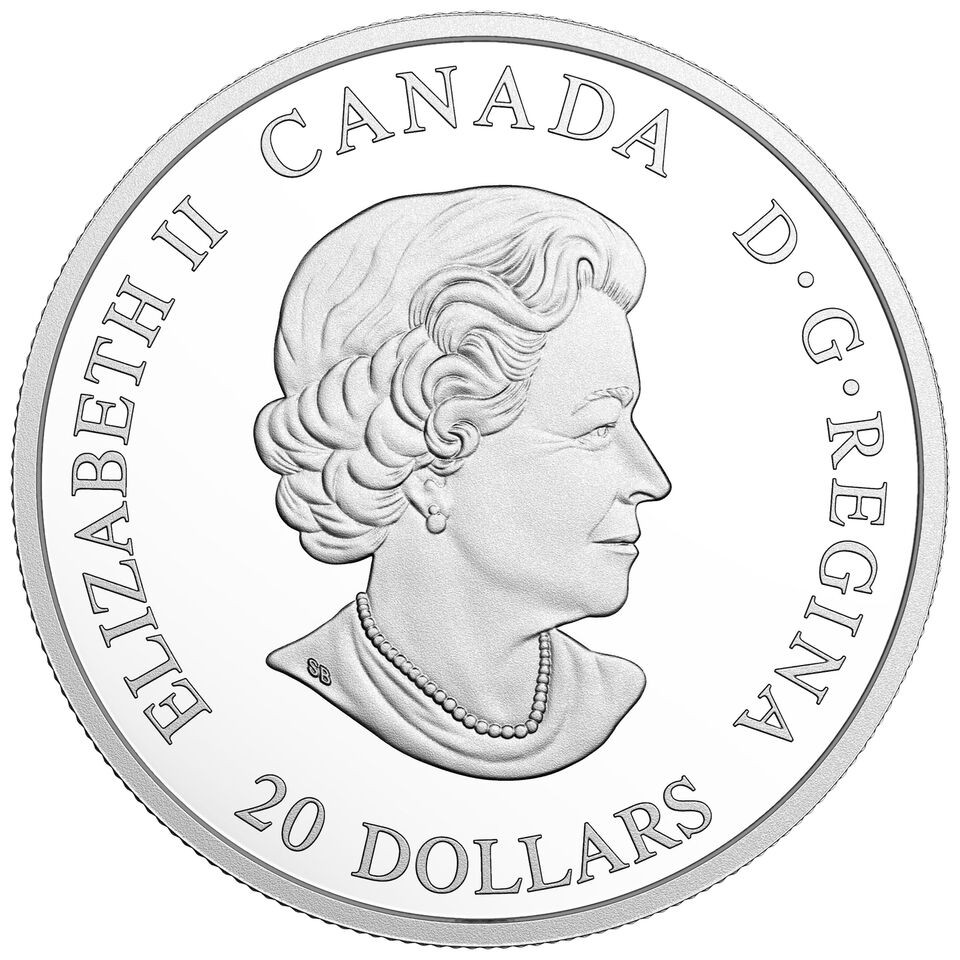 The obverse side features the effigy of Her Majesty Queen Elizabeth II designed by Susanna Blunt and has been on all Canadian circulation and many commemorative coins since 2003. 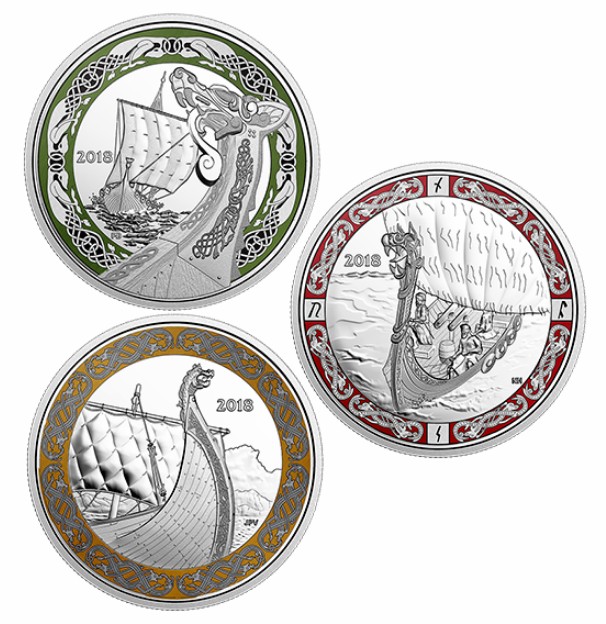 The first coin, entitled “Northern Fury,” launches the Norse Figurehead three-coin series. Two further issues in the series include the “Dragon’s Sail” (expected availability in February 2018) and “Viking Voyage” (expected in March 2018). Subscriptions are available for the coins in Canada and the U.S. only. For additional information on these and other coins available from the Royal Canadian Mint, please visit their website.