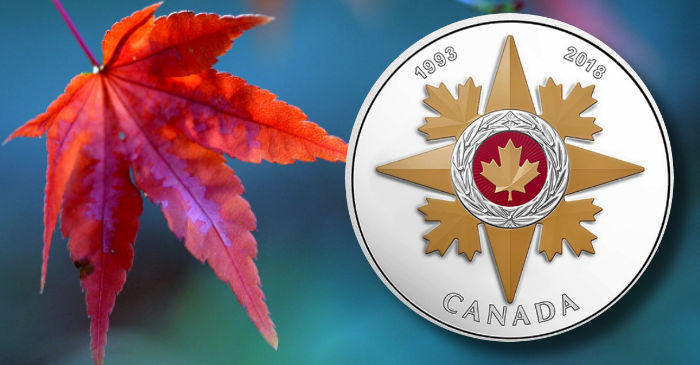 The Royal Canadian Mint have launched a new coin which remembers the 25th anniversary of one of Canada’s most prestigious honours that is associated with the military and service to the nation. Established on the 2nd February 1993, with royal ascent by Her Majesty Queen Elizabeth II, the Star of Military Valour is one of Canada’s highest military honours for valour in combat and courage under fire. It is awarded to members of the Canadian Forces and their comrades-in-arms for “distinguished and valiant service in the presence of the enemy.” In total, Her Majesty the Queen approved a series of three military valour decorations to be added to the Canadian Honours System which included the Victoria Cross (V.C.), the Star of Military Valour (S.M.V.) and the Medal of Military Valour (M.M.V.). The three military valour decorations were made retroactive to the 1st January 1993.

These national honours had been the focus of repeated discussion and lobbying efforts since the establishment of the Decorations for Bravery, which broadly recognized any acts of courage — civilian or military. It was against the backdrop of the Gulf War (1990-1991) that the Honours Policy Committee moved forward with the creation of separate valour decorations for the military. Today, the Star of Military Valour represents this nation’s second-highest honour for courage in combat, and the highest awarded during Canada’s engagement in Afghanistan. None were awarded until October 2006, after Canada’s involvement in Afghanistan provided the circumstances to meet the eligibility criteria. While 94 Canadians were awarded the original Victoria Cross, which came under the British system of honours between 1856 and 1982, no Canadian Victoria Cross has been issued to date. Both the Star and the Medal of Military Valour may be presented more than once, but the recipient wears only one insignia, and any subsequent award is marked by the addition of a bar on the medal’s ribbon. Of the 18 recipients of the Star of Military Valour to date, one was awarded posthumously. Recipients of the Star of Military Valour have the right to use the nominal letters “S.M.V.” after their last name. 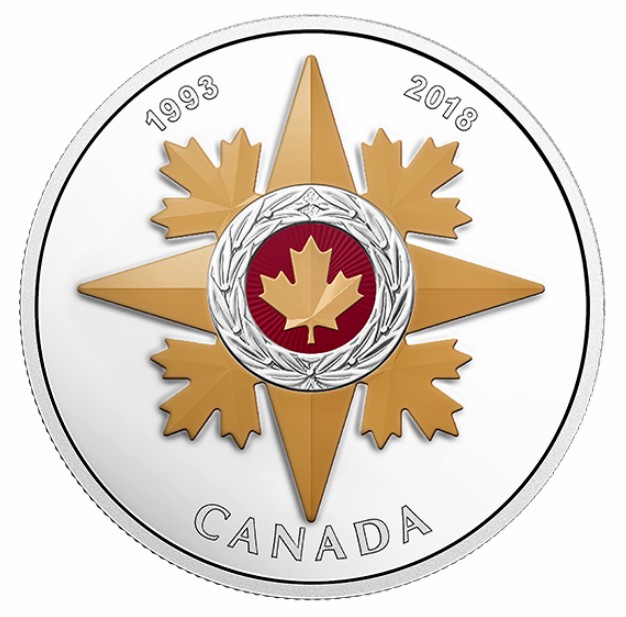 The reverse side of the coin features a detailed reproduction of the Star of Military Valour, one of three military valour decorations established in 1993 and was originally designed by the late Bruce W. Beatty, C.M., S.O.M., C.D. The four-pointed gold star is patterned after the Star of Courage, with sculpted maple leaves positioned at each of the four angles. The star’s colours are replicated by an application of red, silver, and gold translucent paint over the engraved elements — especially the maple leaf superimposed in the centre and surrounded by a laurel wreath. The reverse includes the engraved commemorative dates 1993 and 2018, as well as the word CANADA. 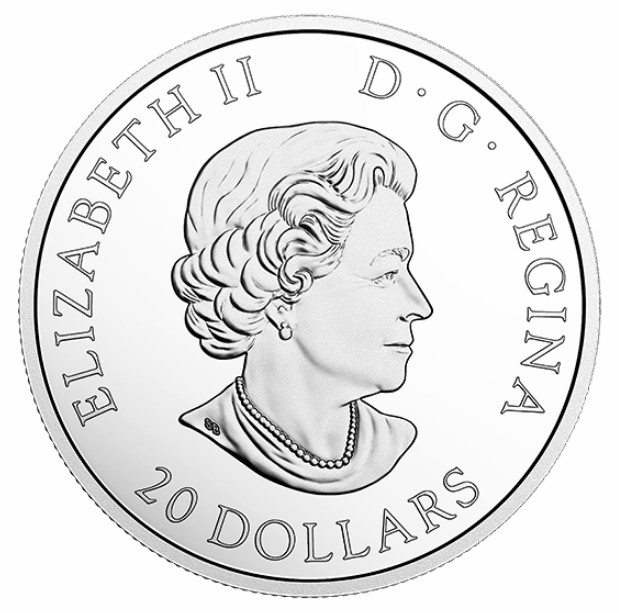 The obverse side features the effigy of Her Majesty Queen Elizabeth II, which was designed by Susanna Blunt and has been seen on all Canadian circulation and many commemorative coins since 2003. The coin’s denomination of 20 DOLLARS is placed below the Queen’s effigy. 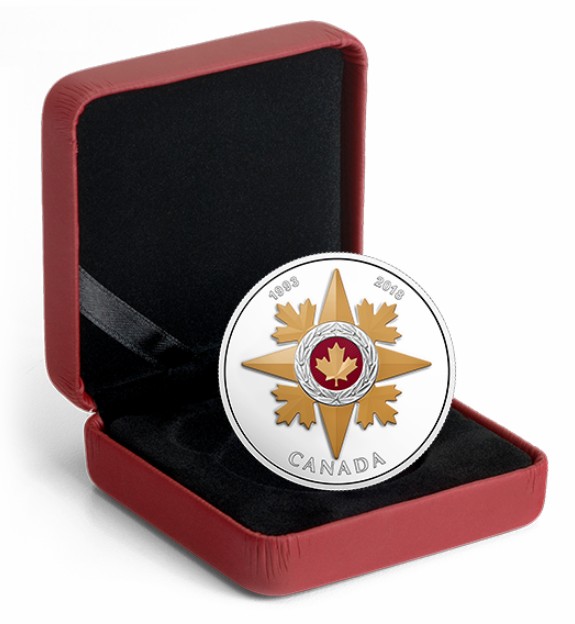 Each coin is encapsulated and presented in a custom-branded Royal Canadian Mint case and is accompanied by a numbered certificate of authenticity. This coin is part of an on-going series which highlights Canadian medals and honours offered to Canadians in civilian and military service, which was first introduced last year. For additional information on this coin and others available from the Royal Canadian Mint, please visit their website.