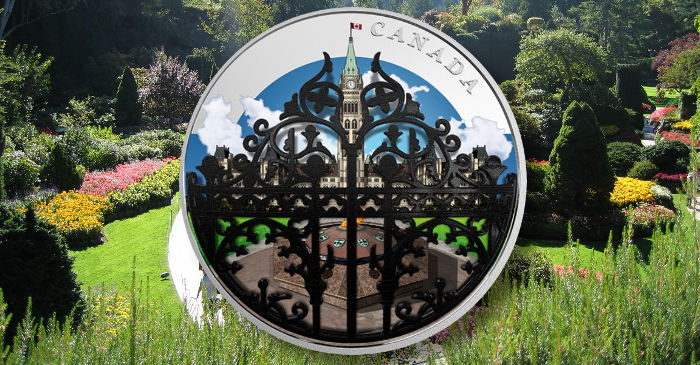 The Royal Canadian Mint have released the third silver and colour coin in their innovative series entitled “Gardens in Canada,” where various detailed and finely crafted gates are integrated into three-dimensional coin designs featuring vividly coloured depictions of some of Canada’s most outstanding gardens.

Inspired by the many public, national, and private gardens in Canada, the series captures the greatest vantage point where the garden is at its most splendid. Many of these beautiful spaces are protected by gates to safeguard them and keep them intact for the public to enjoy for generations. The first coin, with its intricately detailed gate in front of the main design, made its debut in December 2017. The third coin in the popular series showcases the stately view from just outside the formal entrance to Parliament Hill — more commonly known as the Queen’s Gate. This scene is familiar to those few who have traveled through the ceremonial entrance if accompanied by the Canadian sovereign or her representative, the governor-general. Otherwise, the Queen’s Gate remains closed at all times, reserved for the Canadian sovereign and her representative, save for ceremonial processions such as the Opening of Parliament, when the gate is opened to welcome the state landau. The Queen’s Gate on Parliament Hill forms a beautiful boundary between the City of Ottawa and the political heart of the nation. To mark the start of Canada’s upcoming centennial celebrations for 1967, a centennial flame was built on the grounds and can still be seen between the railings on the reverse. Fuelled by natural gas, the flame at the centre of the fountain was lit on December 31, 1966,. Although it was only intended to be a temporary addition, the flame proved to be so popular that it has remained on the main walkway leading to the Centre Block building, where visitors often toss coins into the water for good luck. The wrought iron gates, which are named in honour of Queen Victoria, are centrally aligned with the Peace Tower but can only be noticed if standing before the gate on the sidewalk lining the north side of Wellington Street. Even if a pedestrian is standing directly across the street, the centre of the gate won’t necessarily align as intended (and this peculiarity is accurately depicted on the reverse side of this new coin). 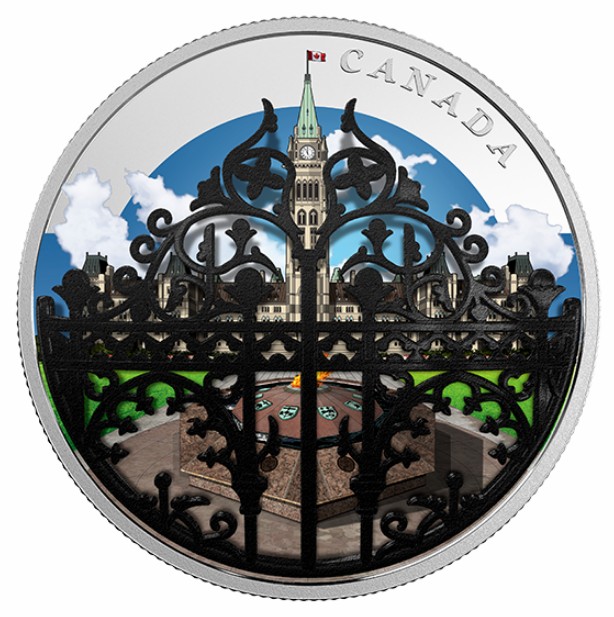 This large coin was designed by Cathy Bursey-Sabourin and Patrick Belanger. The reverse features a filigree gate that captures the likeness of the Queen’s Gate on Parliament Hill. This multi-dimensional design element is fashioned from black bronze and mimics the wrought-iron vines and floral flourishes that represent the height of Victorian craftsmanship and metalwork. 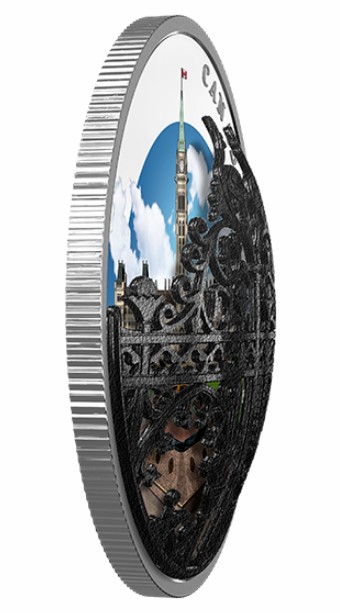 Affixed to the coin’s rim using a tongue-and-groove approach, the imposing entry recreates the intended viewing experience if one was standing before the actual gate. The centre railing is perfectly aligned with the central axis of the Parliamentary grounds, and forms a straight line from the gate, past the Centennial Flame, to the Peace Tower that dominates the Centre Block building. The green lawn, blue sky, and burning flame add colourful vibrancy to the engraved reverse while the Peace Tower’s spire and flagstaff add a sense of soaring height by rising up beyond the image’s edge. 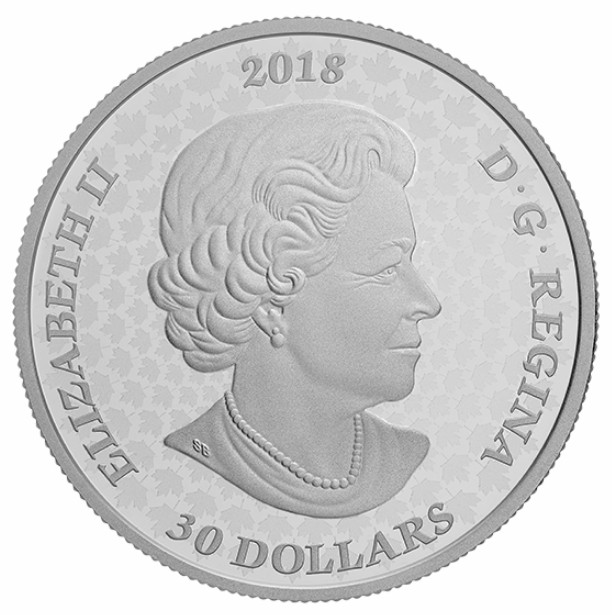 The obverse side features the effigy of Her Majesty Queen Elizabeth II, which was designed by Susanna Blunt, and has been seen on all Canadian circulation and many commemorative coins since 2003. The coin’s denomination of 30 DOLLARS is placed below the Queen’s effigy. 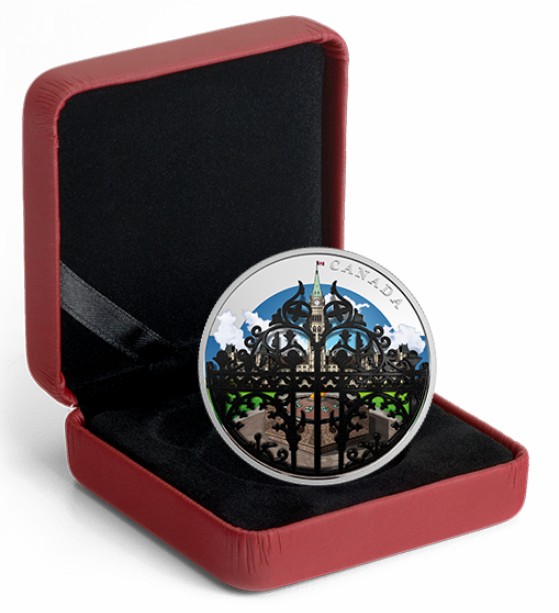 Each coin is encapsulated and presented in a custom-branded Royal Canadian Mint case which is accompanied by a numbered certificate of authenticity. The Gate to Enchanted Garden, which was the first coin in the series, and the Halifax Public Gardens, the second coin, are still available. For additional information on this coin and others available from the Royal Canadian Mint, please visit their website.