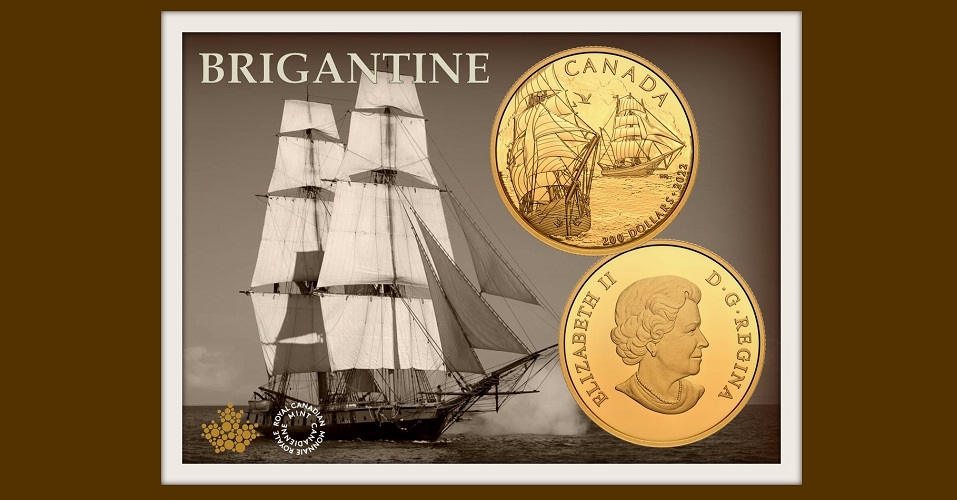 The Royal Canadian Mint has released the first gold coin which launches a new, annual series entitled “Tall Ships,” highlighting both the backbone of Canada’s marine industry in the 19th century and a different type of tall ship to the fore. These legendary vessels drew international acclaim for Canada’s shipyards and contributed to this North American country’s rich maritime heritage. The series begins with the Brigantine, the versatile workhorse that plied the coastal trade routes and sailed on the high seas. 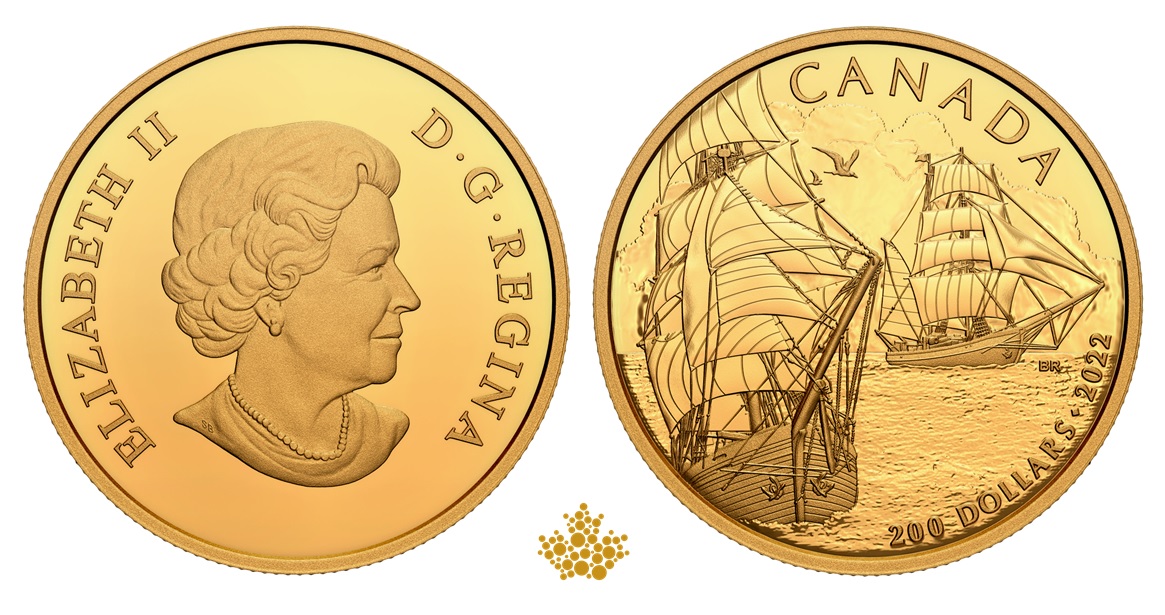 The coin’s reverse is designed by Canadian artist Bonnie Ross, which features a unique perspective that captures the majesty of the Brigantine, a two-masted tall ship that played an important role in Canadian history. Backed by clouds that sit low on the horizon, two Brigantine-style ships are shown on the open sea, where the wind fills their canvas sails. The text CANADA, the face value of 200 DOLLARS, and the year 2022 complete the design. The obverse features the effigy of Her Majesty Queen Elizabeth II created by Susanna Blunt. 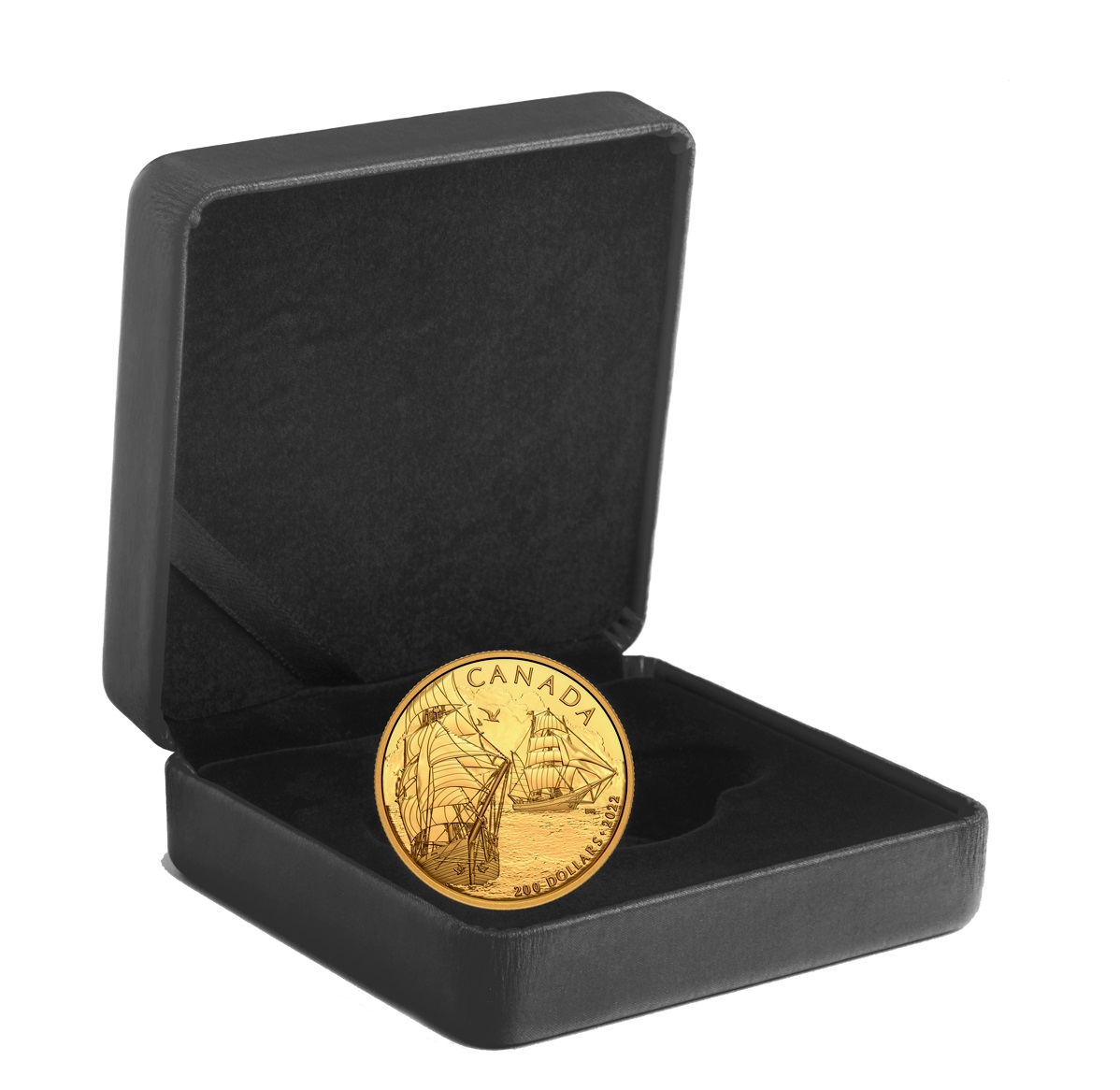 Each coin is encapsulated and presented in a Royal Canadian Mint-branded custom case accompanied by a numbered certificate of authenticity. For additional information, please click here.